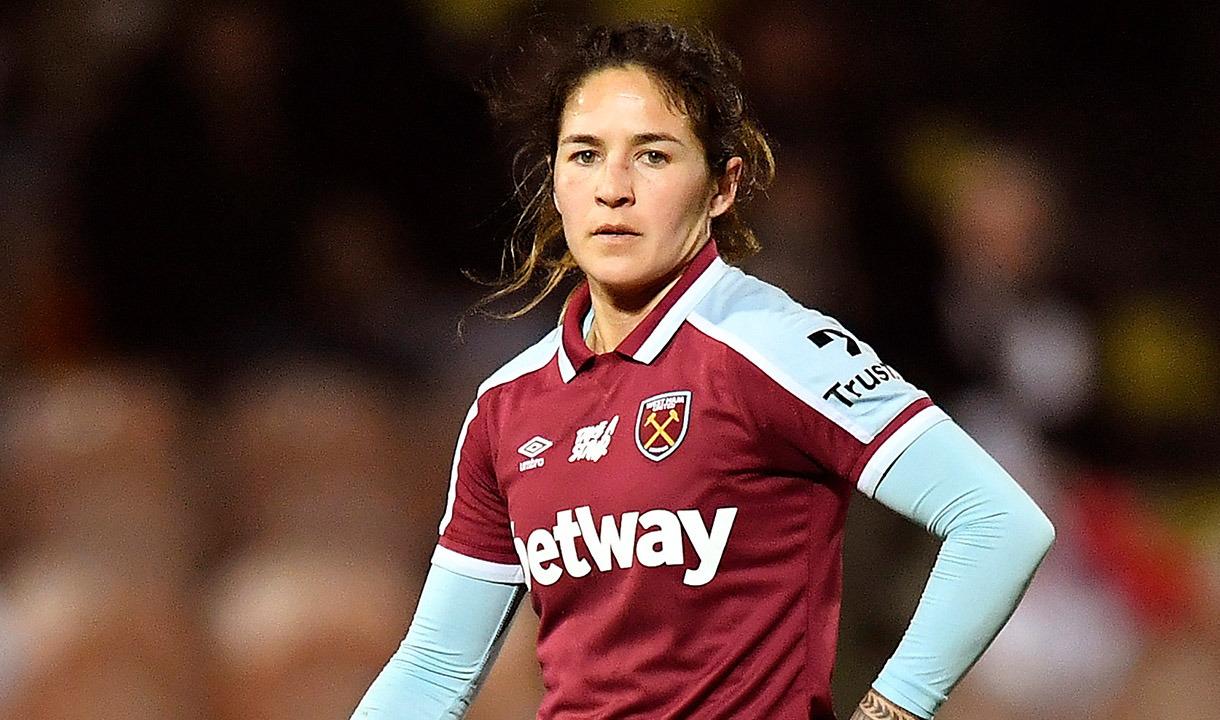 Zaneta Wyne hopes that West Ham United can continue to show the improvements that they have made throughout the season when they take on Sheffield United in the Vitality Women’s FA Cup on Sunday.

The 31-year-old has experience in the competition, having reached the quarter-finals with Sunderland in the 2017/18 season.

And the American is excited for what the Hammers can do in the competition this year.

“The FA Cup is great because anything can happen,” Wyne told whufc.com. It’s a huge competition and we’re really hoping that we can do well this year.

“Sheffield United are going to put up a really good battle and be tough to beat. They aren’t going to just roll over, and we need to make sure we avoid any complacency.

“It’s also fantastic that we will be playing in the main stadium, and hopefully it will be a great occasion for the supporters.”

Wyne also reminisced on her last appearance in the FA Cup, a 4-2 defeat to Manchester City at the quarter-finals stage – a game where the underdog came close to causing an upset, with Manchester City the holders at the time.

“I remember the game being brawl, it was such a tough game. We did well to take them to extra time in that game, but it just shows that the underdog can sometimes cause an upset, because at the time, Manchester City had a lot more resources than Sunderland.

“We want to put together a good run in this competition and that begins from the first whistle tomorrow afternoon.

We’re still trying to close that gap to sides like Chelsea, but we’re on the road to hopefully building something just as quality as they are

The Hammers will be hoping to continue with the good performances that they have shown in 2022. Despite defeats to Chelsea since the turn of the year, Olli Harder’s side have certainly improved tenfold in comparison to this time last year.

Wyne is proud of the work that her teammates have put in to be able to consistently produce good displays.

“I'm just really proud of us as a team. When we started pre-season, we knew that we had a good group of people at the club, but I wasn’t sure if that would translate into results on the pitch.

“But now we're at a point where to be disappointed to lose against Chelsea shows the character and the mindset of where we want to go as a group of players and also from the coaching staff.

“We’re still trying to close that gap to sides like Chelsea, but we’re on the road to hopefully building something just as quality as they are,” she concluded.

West Ham United face Sheffield United in the Vitality Women's FA Cup on Sunday 30 January 2022. The game isn't available to watch, but we will have live Twitter updates as well as reaction on whufc.com after the full-time whistle.