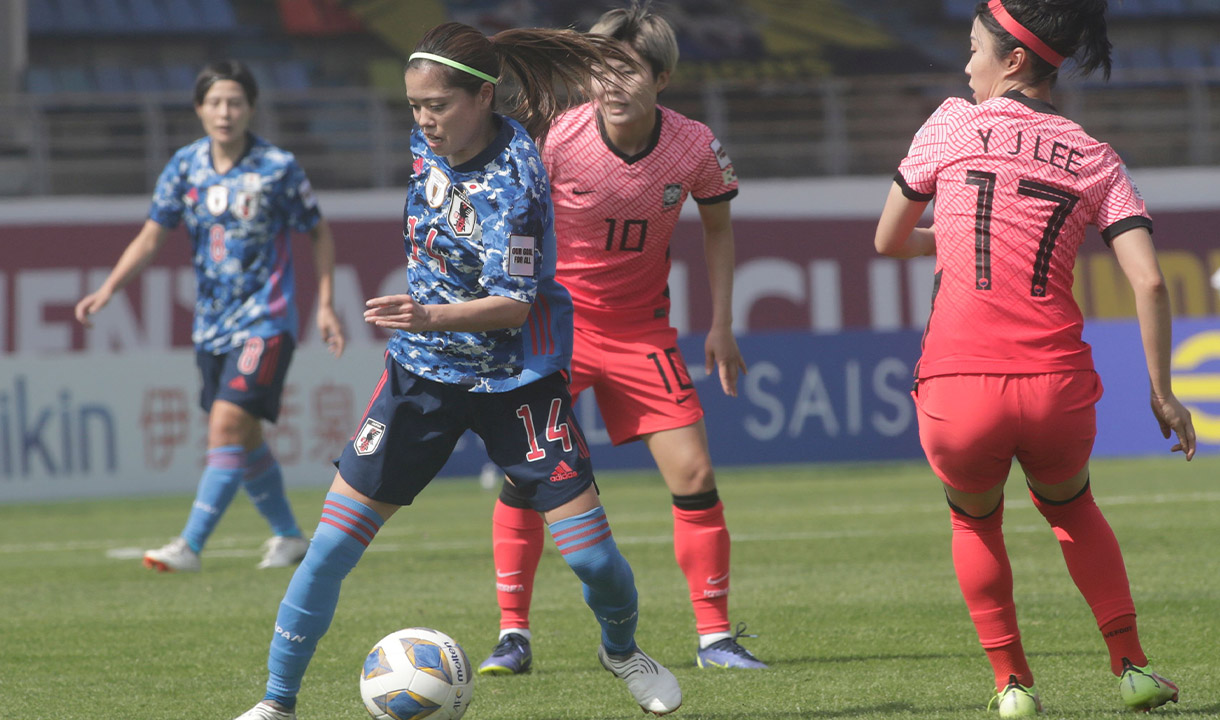 The Japanese faced their toughest challenge of the tournament so far, taking on South Korea in Pune, with both sides knowing that a win would see them finish top of Group C.

Hasegawa was rested in the previous match against Vietnam, but came back into the Starting XI for this one, where she lined up behind Riko Ueki.

And it was Ueki who would get Japan off to the best possible start, scoring inside the opening minute of the game, the quickest goal to be scored at the tournament so far.

Hasegawa had chances to score herself but couldn’t find the back of the net with two very good opportunities in the first half.

South Korea rallied in the second half, and found a deserved equaliser five minutes from time, Ji-Youn Seo scoring the goal that would mean the points were shared.

Japan advance as group winners thanks to their superior goal difference, South Korea finished in second.

Australia were also in action, taking on Thailand in Mumbai, but having already qualified made a host of changes for the clash.

Mackenzie Arnold was named on the substitutes bench, whilst Tameka Yallop wasn’t included in the squad after the Matildas confirmed that the midfielder had tested positive for COVID-19.

Former Hammer Emily van Egmond fired the Aussies in front after dominating in the opening 45 minutes, whilst Sam Kerr added her seventh of the tournament ten minutes from time to double their lead. Nipawan Panyosuk scored a consolation for Thailand in the closing stages, but Australia held on to achieve a 100% record in Group B.

The quarter-final stage of the competition will take place on Sunday 30 January 2022, where Japan will face Thailand, and the Matildas will take on South Korea.