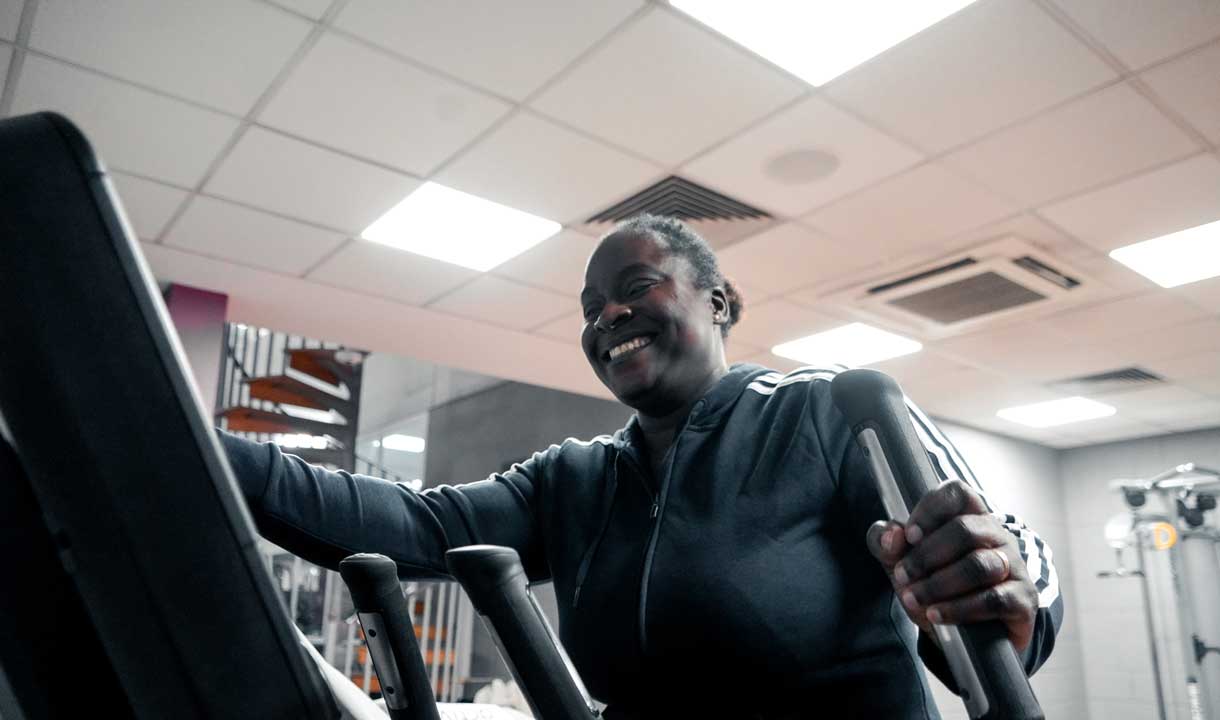 With so many issues and challenges effecting people across the world currently, it’s often hard to prioritise health.

According to the World Health Organisation, health is our physical, mental and social wellbeing and each one supports the other. Health is embedded in all areas of life and can be considered as a spectrum, and a person will likely experience good and bad health throughout their life.

Health is a focal point for the Foundation’s initiatives, spanning all ages and abilities. So, whether it’s improving fitness, reducing stress, or helping people to take the next step in their career, the Foundation offers a network of support.

Through programmes such as 150Club, Advantage Mentoring, Active United, Young Adult Diabetes, Any Old Irons, Post 16 Football and Education, Premier League Primary Stars and Premier League Kicks, the Foundation has been able to inspire healthier futures and make a positive difference; using the power of football as a tool to promote a happier and healthier community.

Advantage and 150Club are two examples where strong partnerships with the NHS have helped to break down barriers and enhance impact... 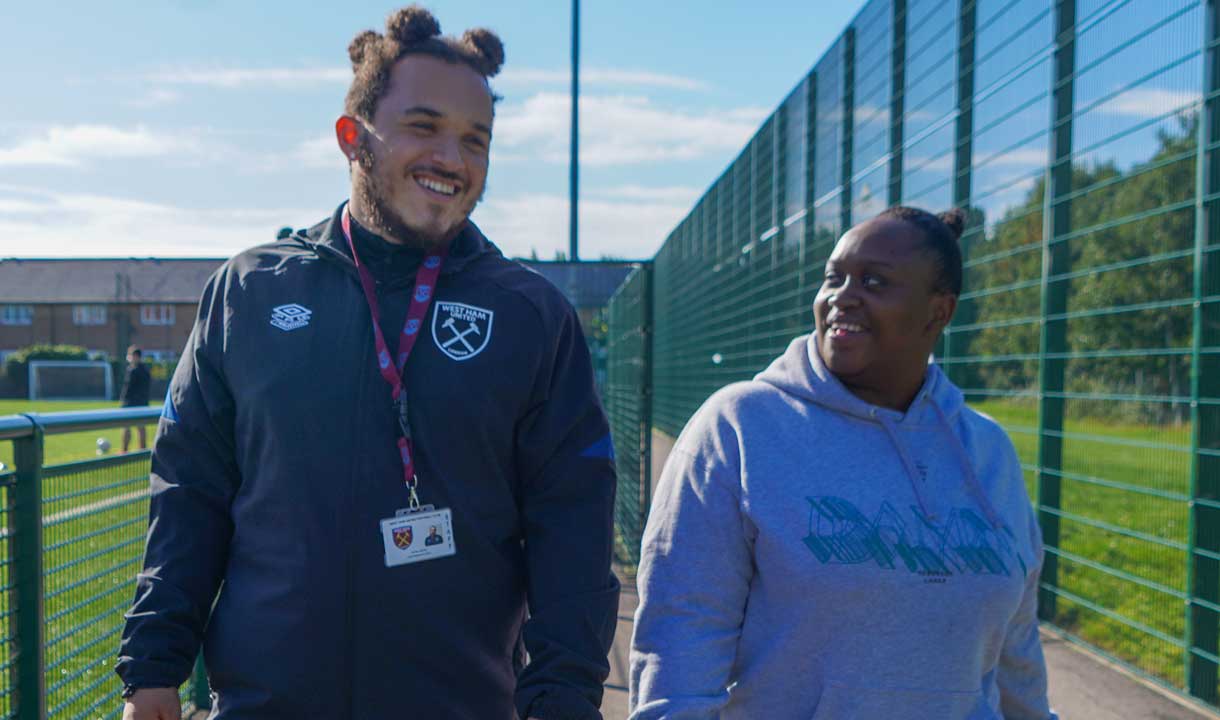 The pandemic caused the mental health of young people to deteriorate dramatically. Young people were without means to connect with friends and were stripped of their usual ways of having fun. On top of this, the waiting list for mental health services for young people started piling up. In some areas, there have been young people waiting as long as 12 months to be seen.

As a football club deeply rooted in its community, the West Ham United Foundation (WHUF) wanted to do something about these issues, not only to assist young people to get the mental health support they needed in their communities, but also to help alleviate pressure on the NHS.

West Ham United Foundation led efforts to partner the NHS with the charitable arms of football clubs across the country and develop the Advantage mentoring programme. As well as increasing access to NHS Child and Adolescent Mental Health Services (CAMHS), the programme offers young people aged 14-21 the chance to informally connect with mentors in their community.

Participants and mentors work together to improve their ability to cope with stress, relationship skills, and self-confidence as a means of accomplishing their goals, increasing emotional wellbeing, and progressing on to other positive opportunities. Goals can range from having professional, academic, personal, or health-based focuses, depending on the participant.

Jamie is one of WHUF’s graduates and used the Advantage mentorship programme to great effect:

Due to the pandemic, Jamie had lost his job and his weekly football sessions stopped. Jamie had previously played football as a way of relieving stress and connecting with friends. When this was taken away due to restrictions his mental health suffered. He had been referred to mental health support from the NHS, but the formal and clinical setting didn’t fit with what he wanted. The NHS clinician was able to refer him to the Advantage mentoring programme. Jamie hoped by being paired with a mentor in his community he could get his life back on track and the link to WHUF enhanced the appeal to take part.

Working with his Advantage mentor he aimed to harness his passion and take his first steps into a career in football coaching and improve his sustained low mood. Through his sessions on Advantage mentoring, Jamie improved his employability and financial management skills, including writing his CV, practising for job interviews, and learning to budget. He completed a football coaching course and joined another employability programme at West Ham United Foundation before going on to become a volunteer football coach at the Foundation. Jamie’s mood has improved as a result and he is feeling excited about the future, with the tools to help him stay on a positive path and progress his career.

A young person can be referred to the Advantage mentoring programme in different ways, with most coming from the NHS. Referrals also come through GPs, teachers, youth workers, social workers, schools, and the police.

This month, due to the success of the scheme, the Advantage mentoring programme with WHUF is expanding from Newham into Tower Hamlets, Barking and Dagenham, and Havering. If you know a young person who would benefit from the programme, you can get in touch through the website. 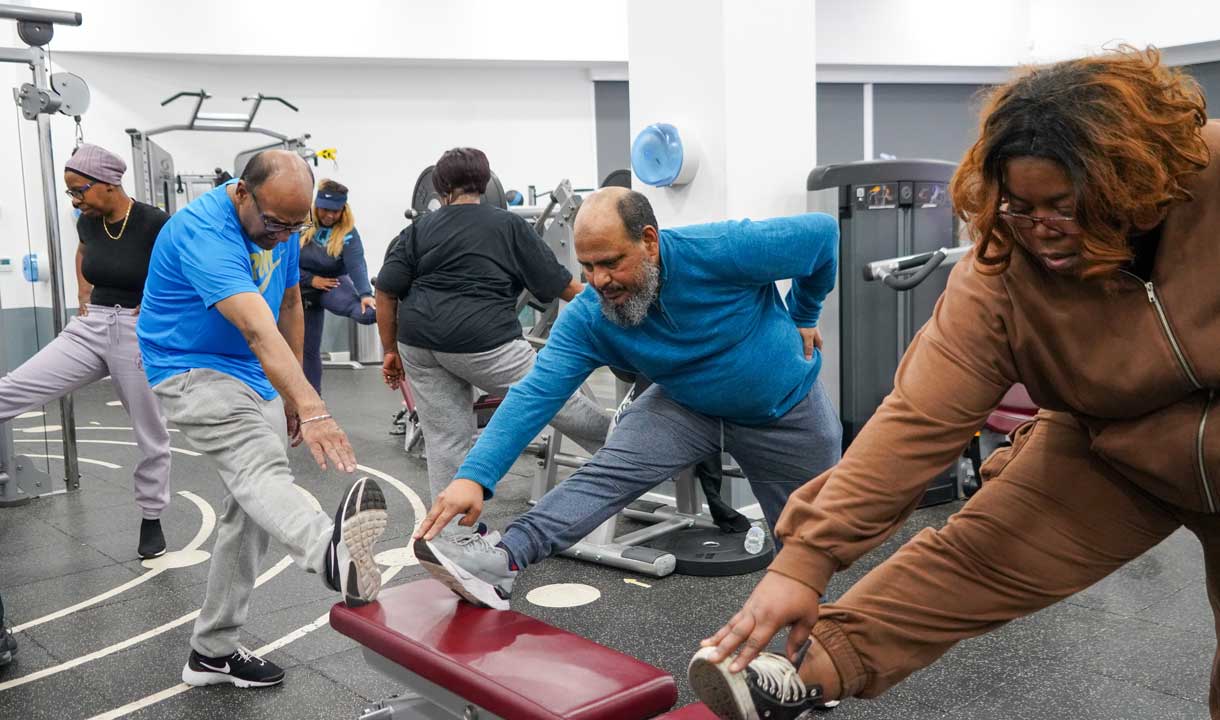 Similarly, 150Club provides continuous support to participants at risk of cardiovascular disease and/or type 2 diabetes across a free 12-week programme for Over-18’s. The programme has helped over 1,000 people stay active and make lifestyle changes to help them live healthier.

A recent programme completer commented on their experience, saying: “I liked being part of a group and the social and emotional benefits were much appreciated. I have lost 9kg and am more aware of eating healthy food now and being more active. I feel better, lighter, more flexible and fitter than before. The exercises were hard at the beginning but now are easy. I plan to continue by going to the gym, walking and learning to swim.”

Taking its name from the 150 minutes of exercise that people are recommended to do every week, the 150Club is available by self-referral or GP referral and is a partnership scheme between NHS Newham Clinical Commissioning Group, Newham Council and West Ham United Foundation.

Participants are offered a range of physical activities and support through a lifestyle advisor that offers the motivation that is sometimes the extra push participants need to change their lives for the better. The 150Club also offers a community where everyone is working to accomplish a similar goal and they support each other along their own journeys.

The UK reported that physical inactivity is associated with one in every six deaths. The pandemic only caused more people to become inactive due to restrictions, with limited formal and informal exercise opportunities.

West Ham United Foundation Health Manager, Herve Bessieres, stated: “Taking part in the programme may be able to reduce or even reverse people’s risk of developing ill health at a later stage in their life. We have also seen other benefits to those that take part, such as, connecting with other people, learning new techniques, feeling more confident and being more able to engage with a physically active life. Ultimately, improving all areas of their health.”

A GP or health professional can refer people to the programme, and self-referral is also available. For further information contact [email protected]