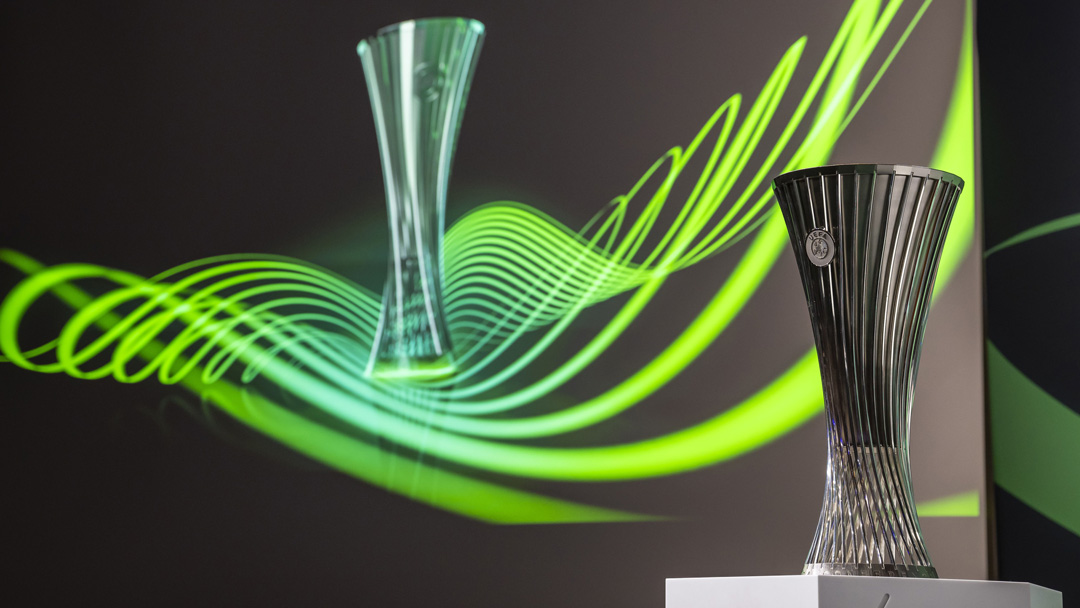 What does finishing seventh mean for West Ham United? A guide to the 2022/23 UEFA Europa Conference League

What does finishing seventh mean for West Ham United?

Finishing seventh in the Premier League table means West Ham United have qualified for European competition for the second season in a row.

It is the first time in the Club’s history that the Hammers have done so through league position, with the only previous occasions being as FA Cup and then European Cup Winners’ Cup winners in 1964/65 and 1965/66 and then through topping the Premier League Fair Play table in 2014/15 and then finishing seventh in the Premier League in 2015/16.

West Ham, of course, went all the way to the UEFA Europa League semi-finals this season, topping a group containing Dinamo Zagreb of Croatia, Rapid Vienna of Austria and Genk of Belgium with a game to spare, knocking out Sevilla of Spain and Olympique Lyonnais of France in the round of 16 and quarter-finals respectively, before ultimately losing to eventual winners Eintracht Frankfurt of Germany in the last four.

Having finished seventh in the Premier League in 2021/22, the Irons will enter the UEFA Europa Conference League (UECL) for the first time in 2022/23.

Introduced this season, the inaugural UECL final will be contested between Roma of Italy and Feyenoord of the Netherlands in the Albanian capital Tirana on Wednesday 25 May.

What is the UEFA Europa Conference League?

The third tier of active European club football competitions, after the Champions League and the Europa League, the UEFA Europa Conference League (UECL) was introduced at the start of the 2021/22 season.

Contested by 181 teams, the inaugural UECL kicked-off on 6 July 2021 with a 3-2 win for Mosta of Malta over Spartak Trnava of Slovakia in front of 170 fans at the Centenary Stadium in Ta’ Qali.

Those 181 from UEFA’s 55 member associations were whittled down to 32 by the group stage, which featured, among others, Roma of Italy, Tottenham Hotspur of England, Basel of Switzerland and Slavia Prague of the Czech Republic.

From there, the competition followed the same process as the Europa League, with the likes of Marseille of France, Leicester City of England, PSV Eindhoven of the Netherlands and Celtic of Scotland taking part, before Roma and Feyenoord emerged as the two finalists.

The UECL will take on the same format in 2022/23, albeit Russian clubs are currently excluded from UEFA competitions.

The 2022/23 UECL is a complex competition, with three qualifying rounds, a play-off round, a group stage and five knockout rounds, culminating in the final, which will be played at Slavia Prague’s Sinobo Stadium in the Czech Republic on 7 June next year.

England, along with Spain, Italy, Germany and France, have just one representative each in the UECL, meaning West Ham United will initially be the only Premier League team taking part. However, one of England’s UEFA Europa League representatives could drop into the UECL if they finish third in their group.

First, though, the Hammers will have to come through a play-off round of their own.

What can you tell us about the play-off round?

Some 44 teams will take part in the two-legged play-off round, with the draw being held on Tuesday 2 August 2022 and the two legs being played on Thursdays 18 and 25 August.

The 44 will be split into two ‘Paths’ – ten on the Champions Path and 34 on the Main Path.

The teams will then be seeded in accordance with the UEFA club coefficient rankings (CC) and the ties grouped before being drawn.

We told you it’s complex!

Who could we play against in the play-off round?

To add to the fun, the play-off round draw will take place on Tuesday 2 August, meaning our opponents will still not be confirmed, although we will at least know it will be one of just two clubs!

Our 2022 UEFA club coefficient (CC) is currently 21.328 (but will rise if Liverpool win the UEFA Champions League), meaning we should be seeded and are therefore unlikely to be drawn to face one of the four other direct qualifiers as their CCs will also be high enough to be seeded.

We will also find out on 2 August if we will play the first leg at home or away.

What happens if we win in the play-off round?

There, we will face three group-stage opponents home and away, with ties to be played on Thursday 8 and 15 September, 6, 13 and 27 October and 3 November.

The UECL will then take a break until the New Year, kicking-off with the knockout round play-offs on Thursdays 16 and 23 February and round of 16 on Thursdays 9 and 16 March.

Just to confirm, then, when will the draw and our matches take place?

The draw for the UECL play-off round will be held at a venue to be confirmed on Tuesday 2 August 2022. The two legs will be held later the same month, with the winners going through to the group stage. Round dates are as follows: