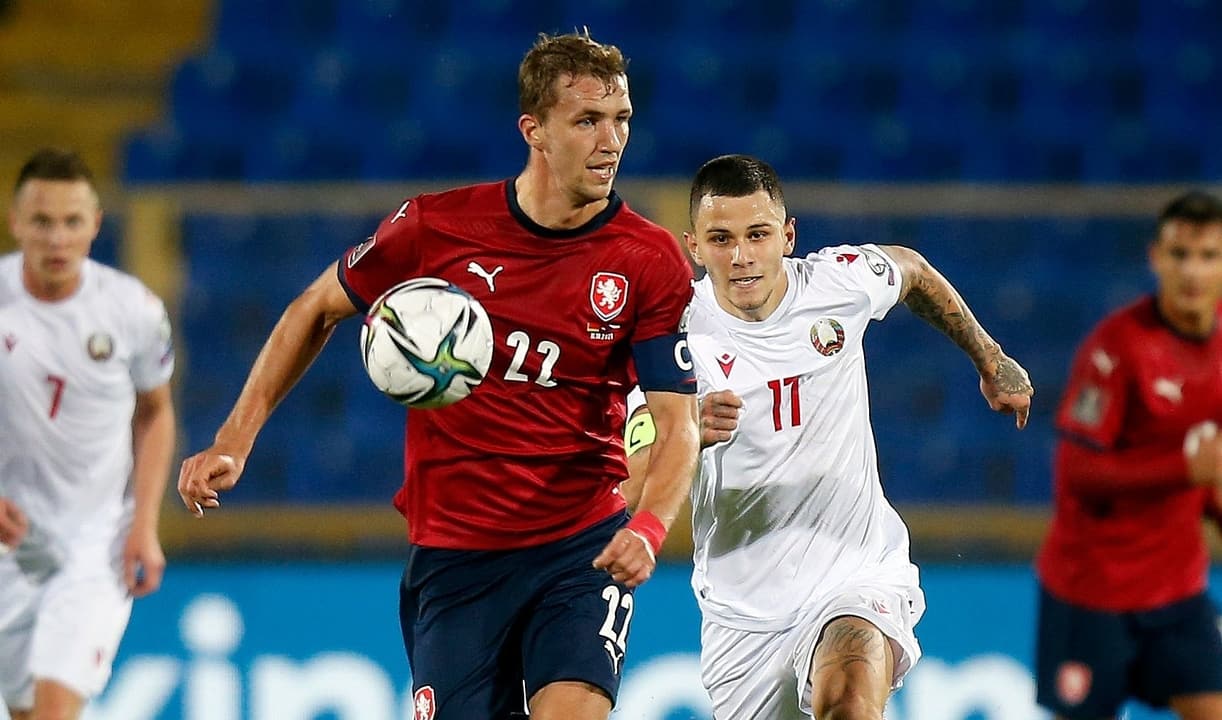 West Ham United's March internationals – All You Need To Know

The final international break of the 2021/22 season is upon us – and several West Ham United players will be in action for their countries all over the globe. Here’s a rundown of where and when they’ll be in action.

Six Hammers players will be involved in senior international action over the next fortnight, playing in a mixture of FIFA World Cup qualifiers across Europe, Africa and South America, and friendly matches too.

Declan Rice meets up with the England squad once again, as they begin the countdown to the winter World Cup in Qatar with a brace of friendly matches, with Alphonse Areola and Nikola Vlašić in a similar position with France and Croatia respectively. Tomáš Souček’s Czech Republic and Arthur Masuaku’s DR Congo face Play-Offs as they aim to book their place.  Argentina have already secured their spot in the finals, but they have two further qualifiers to play this month, with Manuel Lanzini hoping to play his part.

Where and when will they play?

The action all begins on Thursday, when Souček’s Czech Republic face Sweden in their Play-Off semi-final in Solna.

Should they win, Czech Republic would then take on Poland for a place at the World Cup on Tuesday.

Then, on Friday, three of our Hammers could be in action.

In World Cup qualification, DR Congo play the first-leg of their Play-Off against Morocco in Kinshasa.  The Leopards have not qualified for a finals tournament since 1974 so Masuaku will be aiming to make history with the winner of this tie heading to Qatar. The return leg will be played on Tuesday in Rabat.

Across the Atlantic Ocean, Lanzini will hope to add to his five Argentina caps when his country host Venezuala in Buenos Aires.

Closer to home, Areola’s France take on Ivory Coast in a Marseille friendly.

The following day, Vlašić and Croatia take on Slovenia in Doha, as they check out the host country for the World Cup, while Rice could feature for England at Wembley as they take on Switzerland in a friendly international.

The following midweek, in addition to the World Cup Play-Offs already mentioned, Tuesday is the day to look out for our internationals.

Lanzini will head to Ecuador for a qualifier in Guayaquil, while it’s Rice’s turn to take on Ivory Coast – again at Wembley.

France’s friendly sees them play South Africa in Lille, while Vlašić is again involved in Doha, this time for a friendly against Bulgaria.

How about our Academy stars?

There are also a number of our youngsters playing for their countries during this international break.

Ben Johnson headlines them with his first England U21s call.  The right-back, who played his 50th game for the Club at the weekend, will aim for his first cap as Lee Carsley’s team play UEFA U21 European Championship qualifiers against Andorra in Bournemouth on Friday, and away at Albania on Tuesday.

One age group down, Aji Alese faces two UEFA U20 Elite League fixtures for England against Poland and Germany – also on Friday and Tuesday. A brace of wins could see the Young Lions top the table.

Heading back to U21 level, Conor Coventry, currently on loan at MK Dons, will link-up with Republic of Ireland as their U21 European Championship qualification campaign continues in Sweden on Friday. Victory would bring them within a point of the hosts, who currently top Group F.

Elsewhere, strikers Sonny Perkins and Divin Mubama have both been called up for the England U18s squad. The team are preparing to play two friendlies, against Switzerland on Friday 25 March, and Denmark next Tuesday.