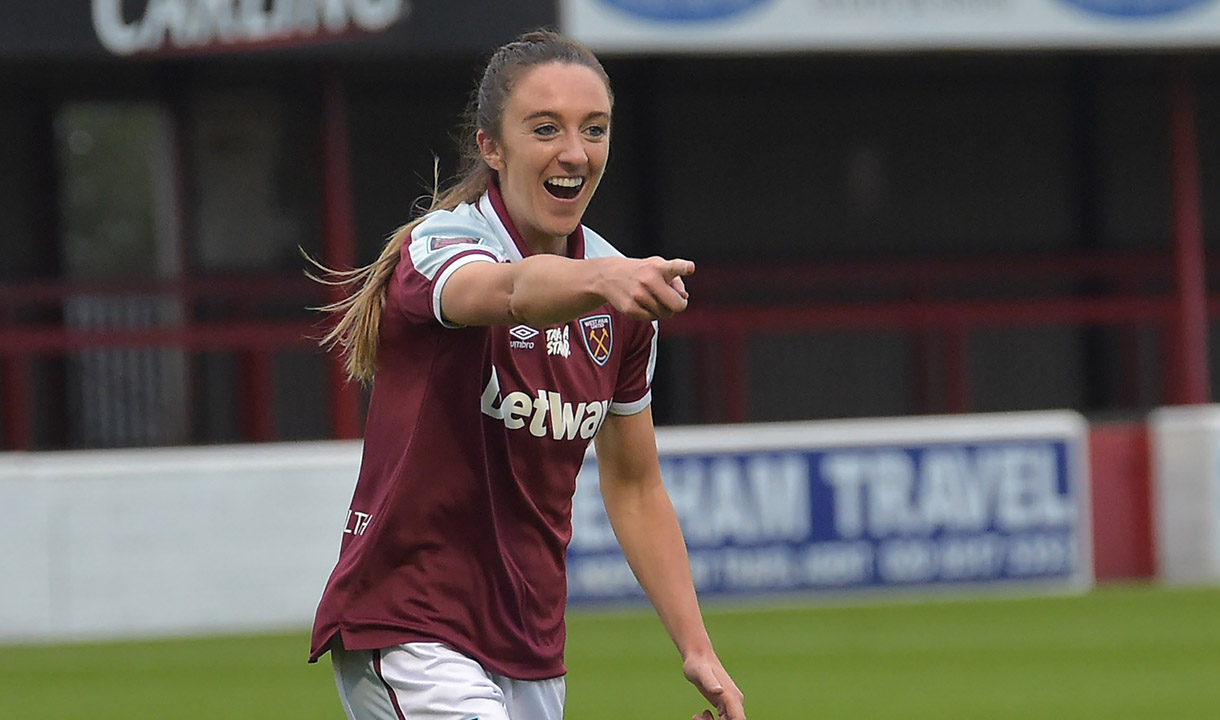 West Ham United Women were made to pay for missed chances as Reading came back from two goals down to draw 2-2 in east London on Sunday afternoon.

Lisa Evans got the east London outfit up and running, scoring her first goal in Claret and Blue since arriving on loan from Arsenal.

Grace Fisk added a second after 35 minutes to put the Hammers firmly in control, but Harder’s side missed a number of chances in the second half, and Reading’s Justine Vanheavermaet headed home to make it an uncomfortable final 20 minutes for the hosts.

The Hammers looked to have weathered the storm, but deep into the six minutes of added time, Emma Harries stabbed the ball towards goal and the referee judged the ball to have crossed the line despite protests from West Ham goalkeeper Mackenzie Arnold and her team-mates.

Olli Harder made two changes to his team ahead of the visit of the Royals. Dagný Brynjarsdóttir and Zaneta Wyne dropped out from the starting line-up that was beaten 4-0 away at Arsenal last Sunday, with the pair listed amongst the substitutes.

Evans started for the first time since the 1-1 draw with Aston Villa back on the 11 September. The midfielder was ineligible to face her parent club last weekend. Fisk also made her return to the XI, her first start since the opening day against Brighton & Hove Albion, where she was replaced at half-time due to injury.

The Hammers started the brighter on a cold afternoon in east London, with Grace Moloney pushing away a header from Evans with four minutes gone.

And the pressure on the Royals continued, as Harder’s side committed bodies forward in search of the opening goal.

The pressure finally told after 20 minutes, with Katerina Svitkova whipping in a delightful cross that was met by Evans, whose header nestled beyond Moloney to give the home side a deserved lead.

And it was almost two only seven minutes later when Evans slipped Claudia Walker in behind – but her effort was well saved by the Reading shot-stopper.

Chances were in abundance, and Svitkova went close to doubling the lead – not that she knew too much about it. A cross from Kate Longhurst was met by Svitkova but bounced wide of the post after bouncing off the Czech Republic international’s ankle.

Things got even better for Harder’s team, as Fisk nodded in from close range after another delightful ball into the area – this time from her centre-back partner, Gilly Flaherty.

The half-time whistle sounded, with the Hammers in complete control of the opening 45 minutes.

It was a similar theme in the second half, with the east Londoners dominating the play. Svitkova had an effort superbly headed off the line by Faye Bryson.

Soon after, another teasing cross came into the area, but Walker couldn’t make contact and Harding was able to clear away for the visitors.

Kate Longhurst, who had been superb up until that point, then had to be replaced after picking up an injury.

The Hammers should have added a third and killed the game off on 66 minutes, but a close-range effort from Walker smashed off the crossbar, with the acrobatic rebound from Tameka Yallop cleared off the line, as the visitors survived another scare.

And it was chance the home side would come to rue, as Vanheavermaet headed in from close range for Reading to change the complexion of the game and put the Royals in the driving seat.

The chances continued for the Hammers, but still they failed to find that elusive third - Yallop this time the guilty party. Her header flashed wide after lovely work from Hasegawa.

The Royals had looked dangerous as the referee awarded six added minutes of injury time, and West Ham were made to pay for not being clinical enough, as substitute Harries stabbed the ball marginally over the line to bring the score level - despite the Hammers' protests that the ball hadn't crossed the line.

Harder's side will now look to regroup as they face Birmingham City in the Continental Cup on Wednesday evening.