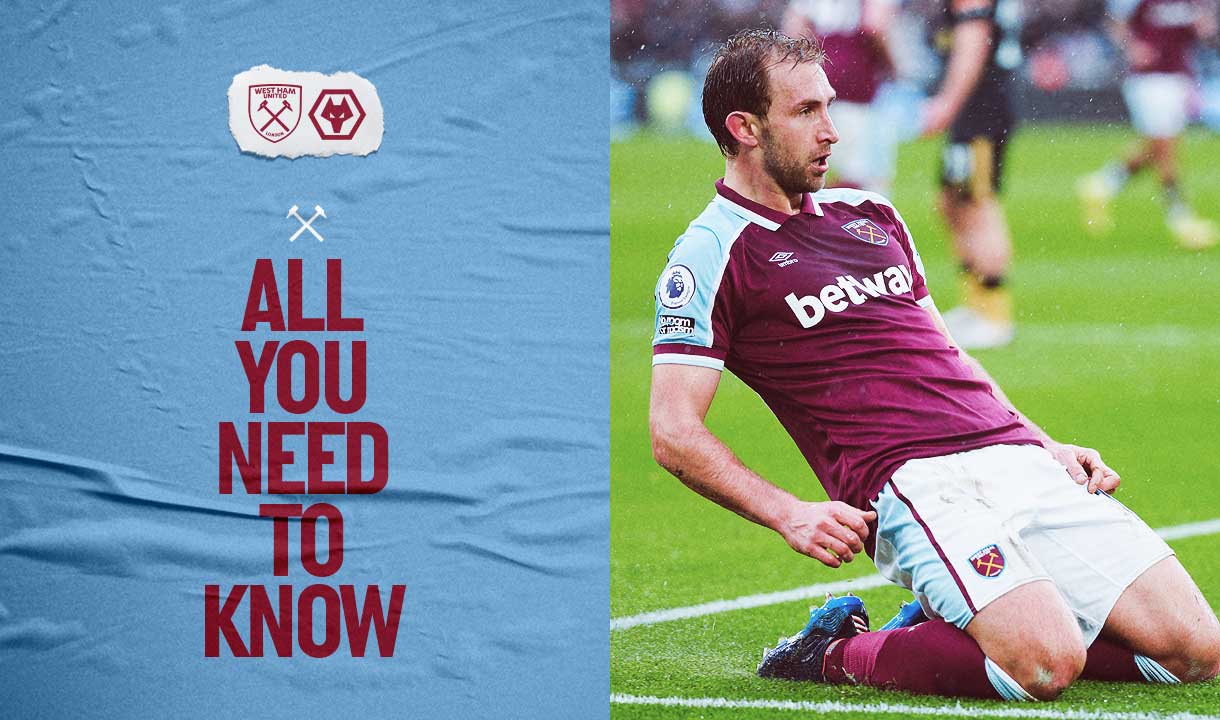 West Ham United are back in Premier League action on Sunday afternoon when they welcome Wolverhampton Wanderers to London Stadium.

The Hammers will be aiming for a repeat of last season's home meeting with Wolves, when Jarrod Bowen scored twice to help his team to a 4-0 victory.

David Moyes' men start the weekend sixth in the Premier League, with 42 points from 26 games, having drawn our last two outings against Leicester City and Newcastle United and only lost two of our last ten outings in all competitions.

Wolves, meanwhile, played on Thursday night, when a brace of late goals sent them to a 2-1 defeat at Arsenal. Bruno Lage's side have been in fine form though, climbing up to seventh in the table, two points behind the Hammers.

Tickets for Sunday's game are available on the Ticket Exchange. Click here to be at London Stadium this weekend!

Seats are also available on General Sale for our upcoming home Premier League fixtures with Aston Villa and Everton, and our UEFA Europa League round of 16 second-leg tie against Sevilla on Thursday 17 March. 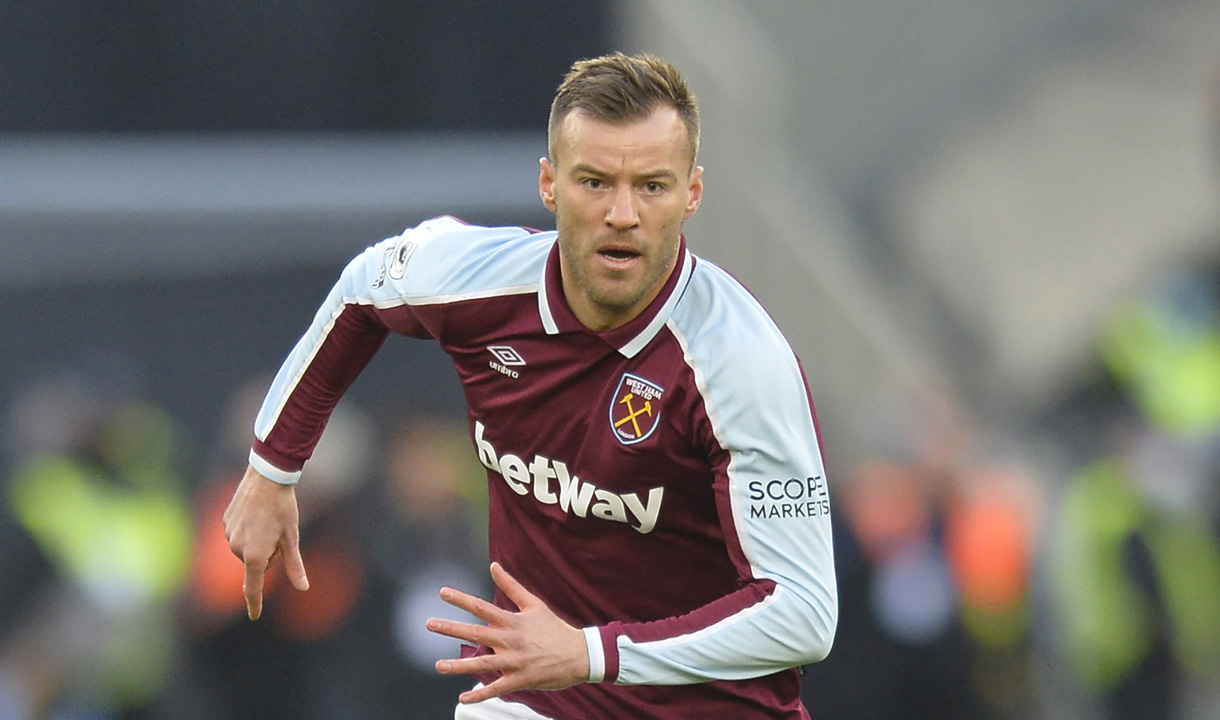 David Moyes has granted Andriy Yarmolenko compassionate leave in the midst of the crisis engulfing his home country of Ukraine.

The Eastern European country was invaded by Russian forces on Thursday, quickly advancing on the northern city of Chernihiv, where the West Ham United grew up, and a number of other large population centres, including the capital Kyiv, where Yarmolenko played for the country’s leading club Dynamo for a decade.

With the conflict growing in intensity on Friday, manager Moyes revealed the No7 had requested and been granted time off, and also offered relevant support by the Club at this difficult and upsetting time.

Vladimír Coufal underwent surgery on a groin injury this week, while Angelo Ogbonna continues his recovery from an anterior cruciate ligament injury. Arthur Masuaku's knee problem continues to be managed too.

Wolves could be without Nelson Semedo, who looked to suffer a hamstring injury against Arsenal on Thursday.

His replacement during that game was Jonny Otto, who made his first appearance since suffering an anterior cruciate knee ligament injury in April.

It would be fair to say that most Wolverhampton Wanderers supporters were not only unenthusiastic about the appointment of Bruno Lage as the club’s new manager in June last year, but the vast majority had likely never even heard of him.

For, like his fellow Portuguese José Mourinho, Lage did not enjoy a notable playing career, instead concentrating his passion for football on coaching from a young age.

In 2004, Lage moved to Benfica and spent the next eight years there as a youth-team coach, before spells in the United Arab Emirates with Shabab Al Ahli and in British football as assistant to Carlos Carvalhal at Sheffield Wednesday and Swansea City.

Lage returned to Benfica in 2018, taking charge of the Lisbon giants’ B team before being promoted to caretaker manager of the first team in January 2019. He spent 18 months in charge at the Stadium of Light, winning 51 of 76 matches in all competitions and guiding the club to the Primeira Liga title in May 2019.

A year later, Lage was lined up to succeed Nuno Espírito Santo as Wolves manager. With the United Kingdom no longer part of the European Union, Lage initially failed to qualify for a work permit, but later passed after an application was submitted to the FA.

It is a decision Wolves supporters have had plenty of cause to celebrate over the past nine months.

Four defeats in the opening five Premier League matches suggested the little-known coach would struggle to emulate the achievements of his predecessor and compatriot Nuno, who guided Wolves to promotion and consecutive seventh-place finishes, but the men from Molineux have lost just six times since then to put themselves firmly in the race for European qualification.

While he arrived with a reputation for playing attacking football – his Benfica team scored over 100 goals in 2018/19 – it is his defence that has been making headlines so far at Wolves.

Like Nuno before him, Lage’s preference for playing three centre-backs – captain Conor Coady, Romain Saïss and Max Kilman – has given his team a solid base that opponents have found it almost impossible to break.

Behind them, José Sá has emulated his manager by replacing another Portuguese goalkeeper, in his case Rui Patrício, by going from virtual unknown to Premier League standout.

Factor in centre-forward Raúl Jiménez’s successful return from a life-threatening head injury and you can see why Wolves fans are enjoying life under Lage.

While West Ham did the double over Wolves last season, those results ended a four-match losing run against the men from Molineux, who did the double over the Hammers themselves in both 2018/19 and 2019/20 - and then won this season's clash in the Midlands, with Raúl Jiménez scoring the only goal of the game in November.

Jarrod Bowen scored twice in the 4-0 home win over Wolves in September 2020, then again in the 3-2 victory at Molineux in April last year, when Jesse Lingard and Pablo Fornals were also on target.

Overall, Wolves have won six of the eleven Premier League meetings between the two clubs, with West Ham winning four and one draw.

West Ham’s first-ever meeting with Wolves ended in a thumping 5-1 FA Cup second-round win at Molineux on 5 February 1910. The Hammers were then a Southern League side, but they showed no fear of their Football League Second Division hosts, shocking the 17,000 crowd with West Ham’s first England international George Webb scoring a hat-trick and Danny Shea netting twice.

In all competitions, West Ham have scored 114 goals in their 68 competitive matches with Wolverhampton Wanderers. The Hammers have hit five on four separate occasions, with the biggest home wins being the 5-0 Division One successes achieved on 17 December 1960 and 7 September 1964.

Taylor has refereed West Ham United on 29 previous occasions, most recently for the 2-0 Premier League defeat at Arsenal in December.