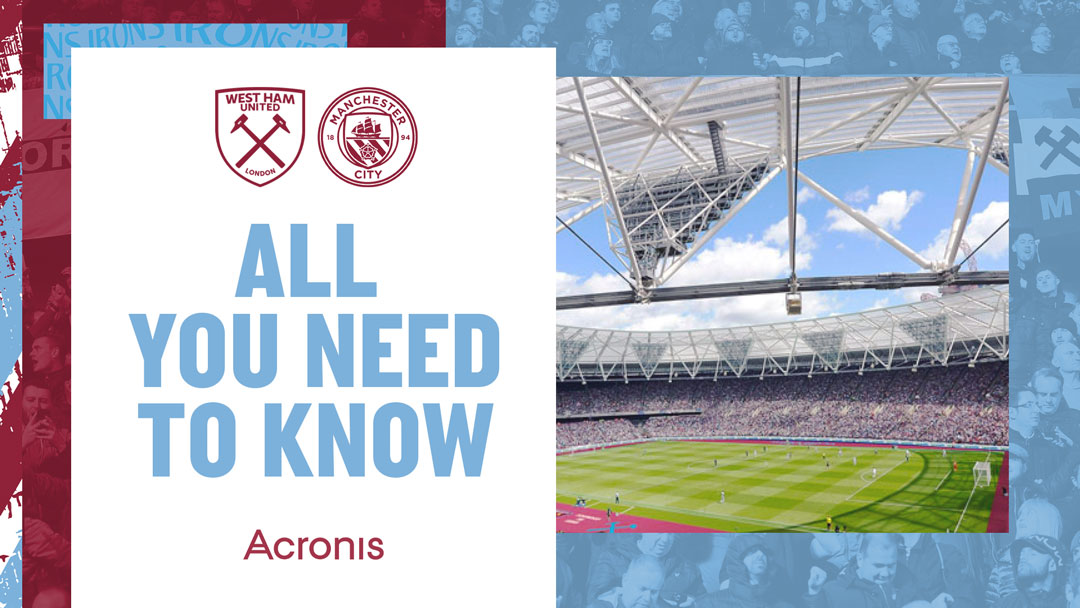 West Ham United kick-off the 2022/23 Premier League season at London Stadium as we finished the last, with the visit of Manchester City.

Back in May, a 2-2 draw helped the Hammers continue the ultimately successful quest for European qualification, while it failed to stop City from going on to edge out Liverpool and win their fourth title in five seasons.

Jarrod Bowen scored both West Ham goals that afternoon and, fresh from making his England debut in the summer, the forward will be key to the hosts' chances of making it four home games without defeat against Pep Guardiola's side in all competitions.

Both Guardiola and opposite number David Moyes have made changes to their squads ahead of the campaign, with West Ham kicking-off a season without retired captain Mark Noble for the first time since 2003/04.

With the capacity of London Stadium now up to 62,500, a record home crowd for a West Ham fixture will be in attendance.

The stage is set for a Super Sunday curtain raiser live on Sky Sports in the UK and being broadcast to hundreds of millions of Premier League fans across the world and, if last season's thriller is anything to go by, it will be a spectacular show.

With Sunday's match a complete 62,500 sell-out, the only way to secure a seat for our opening day fixture is via the Ticket Exchange by clicking here.

Seats for our home Premier League matches with Brighton & Hove Albion and Tottenham Hotspur later in August are on General Sale, while tickets for our home UEFA Europa Conference play-off round first leg on Thursday 18 August are on sale to Season Ticket Holders and Bondholders now and on sale to Claret Members from 2pm on Monday 8 August.

Sunday's match will be broadcast live in the UK by Sky Sports and across the world by the Premier League's international broadcast partners. You can also listen to live commentary in the UK on BBC Radio 5 Live.

There are some service disruptions that supporters should be aware of on Sunday 7 August:

West Ham United Season Ticket Holders attending Sunday’s Premier League fixture against Manchester City at London Stadium are reminded that they will need to download their NFC (Near-Field Communication) Season Tickets to their mobile phone ahead of the game.

Copies will be sent via first-class post. Full-season subscriptions are also available, including all Premier League, FA Cup and Carabao Cup home issues, from just £119, from the Club's official West Ham Programmes shop. 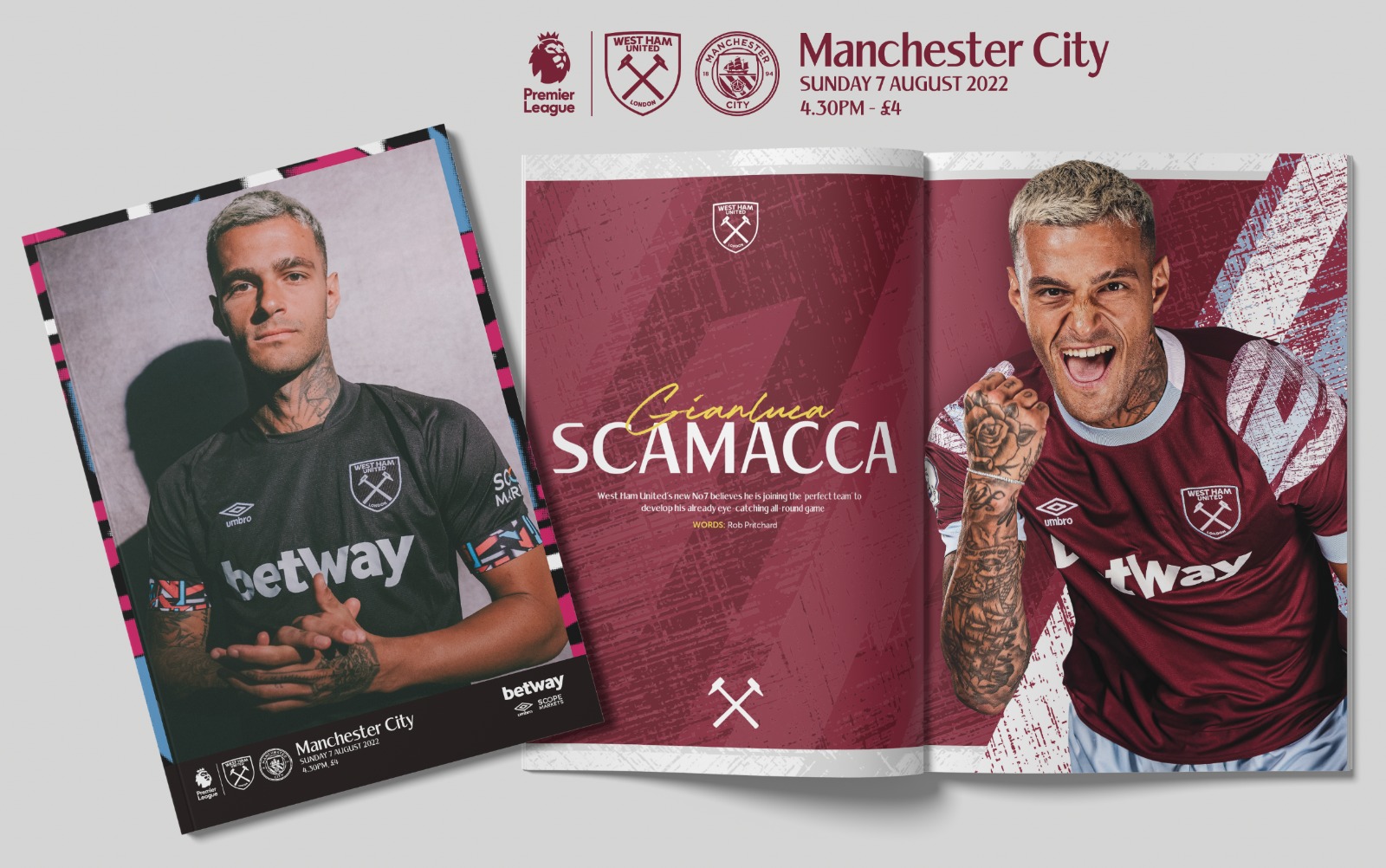 David Moyes will definitely be without summer signing Nayef Aguerd, who suffered an ankle injury in the pre-season match at Rangers and has been ruled out for an extended period.

But while the champions have been consistent in their domination of the English top-flight in recent years, their squad has a decidedly fresh look as they go for top-spot again this term.

Between them, the quartet had played 1,086 games, scored 254 goals and played their part in numerous seminal moments during Pep Guardiola’s six successful years as manager.

While City have done more business in a single summer transfer window in previous years during Guardiola’s tenure, this past few months do strike you as a major change in approach in the blue half of Manchester.

West Ham United and Manchester City meet in the Premier League for the 43rd time on Sunday.

City have had the best of things down the years, winning 25 of the 42 meetings between the two, while West Ham have won just nine, with eight draws, including the 2-2 thriller here at London Stadium in May, when Jarrod Bowen put the Irons 2-0 up by half-time, City roared back to level, then Łukasz Fabiański saved a late penalty from Riyad Mahrez to secure the hosts a point.

West Ham's best Premier League result against City was a 4-1 win at the Boleyn Ground on 11 November 2000. Erling Braut Haaland's father Alf Inge was in the Manchester City team that day.

He has refereed West Ham United on 35 occasions, including the penultimate game at the Boleyn Ground against Swansea City in May 2016. He took charge of five Hammers Premier League fixtures last season, including our 2-1 defeat at Manchester City in November 2021. 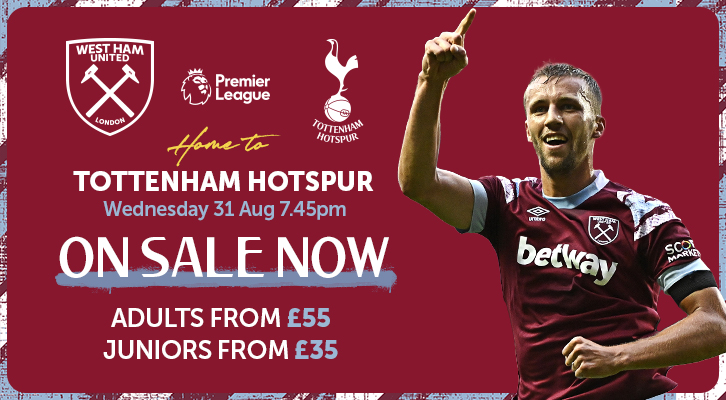