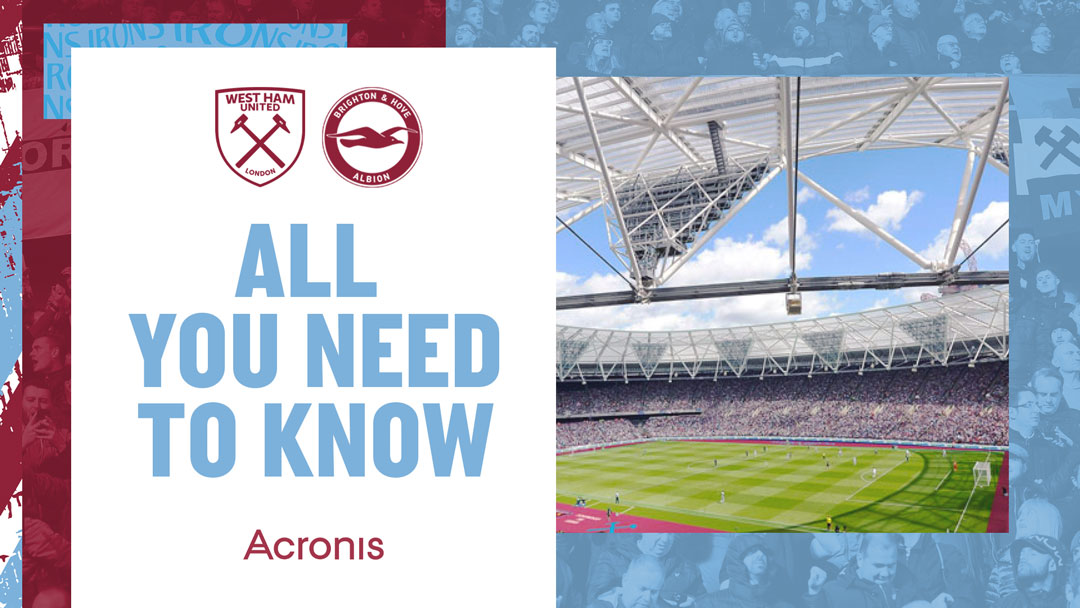 The Irons have lost narrowly in the opening two rounds of fixtures, to Manchester City and Nottingham Forest respectively, with last Sunday's 1-0 reverse at the City Ground a particularly tough proverbial pill to swallow.

Brighton, in contrast, are unbeaten, having won 2-1 at Manchester United and drawn 0-0 at home with Newcastle United.

However, David Moyes' men received a confidence boost in the shape of a 3-1 UEFA Europa Conference League play-off round first-leg victory over Viborg FF of Denmark at London Stadium on Thursday evening.

With Sunday's match a complete 62,500 sell-out, the only way to secure a seat for our opening day fixture is via the Ticket Exchange by clicking here.

Seats for our home Premier League matches with Tottenham Hotspur and Newcastle United are on General Sale. Click here to secure your tickets now!

If you're headed to Sunday's game, please read our FAQs about digital ticketing on matchdays for this season here.

Sunday's match will NOT be broadcast live in the UK, but will be shown across the world by the Premier League's international broadcast partners.

While there are no strikes planned on Sunday 21 August itself, disruption from Saturday’s National Rail strikes will continue to affect some services on Sunday morning.

As such, supporters are advised to avoid travelling on affected services on Greater Anglia, c2c and Southeastern before 8am.

West Ham United Season Ticket Holders attending Sunday’s Premier League fixture at London Stadium are reminded that they will need to download their NFC (Near-Field Communication) Season Tickets to their mobile phone ahead of the game.

With London Stadium set to host another capacity 62,500 crowd, we have produced a bumper issue crammed full of exclusive interviews and exciting content for fans of all ages, complete with a double-sided A3 poster.

The biggest issue in the Premier League, the Irons' Official Programme is available to order online now for just £4, plus £1.49 postage and packaging*. 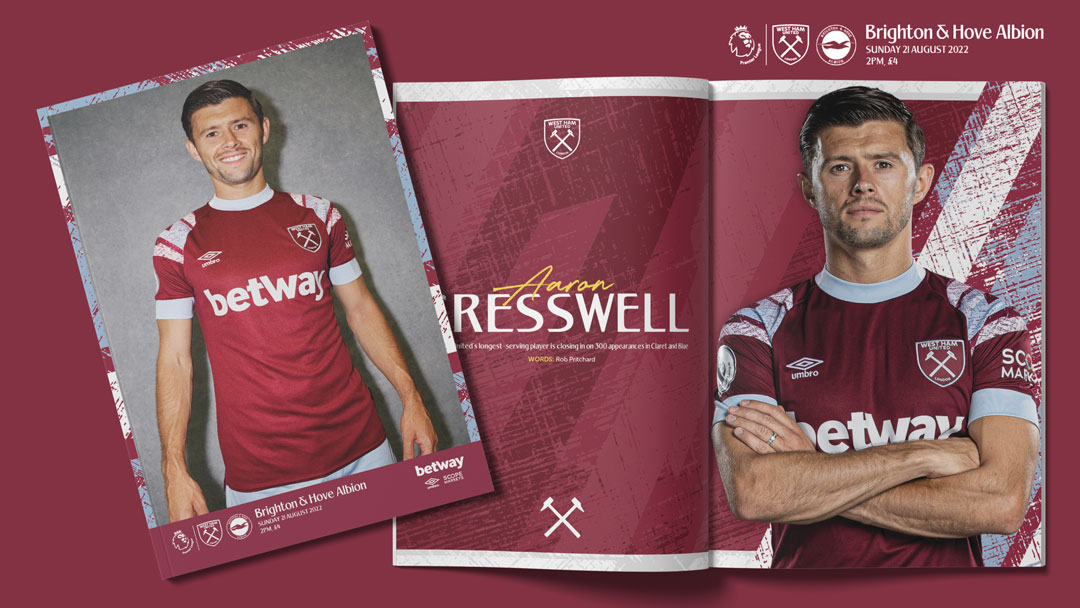 The pair were suspended for Thursday’s UEFA Europa Conference League play-off round first leg victory over Viborg – Rice will also miss the return leg in Denmark – but can re-take their places in the squad as domestic duties resume.

With fellow defender Thilo Kehrer having made his debut on Thursday, manager David Moyes – who himself will be back on the touchline after himself being banned in midweek – will have more options at the back.

He will have to wait and see on the fitness of Craig Dawson, however, as he continues to recover from a muscle problem.

Playing the brand of football Potter has become renowned for since his time in charge at Swedish upstarts Östersund, Brighton finished in a record-high ninth position, won 12 games, drew 15 and collected 51 points.

The Sussex club’s success centred on a possession-based style of play that saw Brighton have the ball 54.3% of the time. While that may not seem like a particularly high percentage, it was the fourth-highest in the Premier League in 2021/22 below Manchester City, Liverpool and Chelsea.

Brighton’s biggest issue, as it has been arguably since they arrived in the Premier League in 2017, was turning that possession into goals, with just 42 scored in 38 games.

While Potter’s men have not dominated the ball in their opening two matches, enjoying just 45.3% possession, that historic issue was apparent again in their goalless home draw with Newcastle United last weekend, when Brighton failed to turn 13 shots into a single goal.

But, perhaps that is harsh criticism of a team which has become one of the Premier League’s easiest on the eye in recent years, with ball-playing centre-backs, dynamic full-backs and central midfield players and technically outstanding wide players all combining to make Potter’s side very hard to beat, as West Ham United and a record of eleven defeats in their last 40 matches both testify!

Brighton won the first three, before the next six were drawn, then the Seagulls denied the Hammers a place in this season's UEFA Europa League with a 3-1 win at the Amex Stadium in May this year.

In 14 top-flight meetings, West Ham have recorded just one victory. Tony Cottee and Alan Dickens scored in a 2-1 First Division win at the Boleyn Ground in March 1983.

West Ham's most-recent win over Brighton was a 6-0 win at the Boleyn Ground in the Championship in April 2012, in which Ricardo Vaz Tê scored a hat-trick.

The reverse fixture that season was West Ham's first visit to the Amex Stadium and also ended in victory, 1-0, courtesy of Kevin Nolan's goal.

The 43-year-old refereed the 2020 UEFA Super Cup final between Bayern Munich and Sevilla, and was famously on duty at UEFA Euro 2020, when his quick actions are credited for helping to save the life of Denmark midfielder Christian Eriksen.

Taylor has refereed West Ham United on 32 previous occasions, most recently for the 2-2 Premier League draw with Manchester City at London Stadium in May.