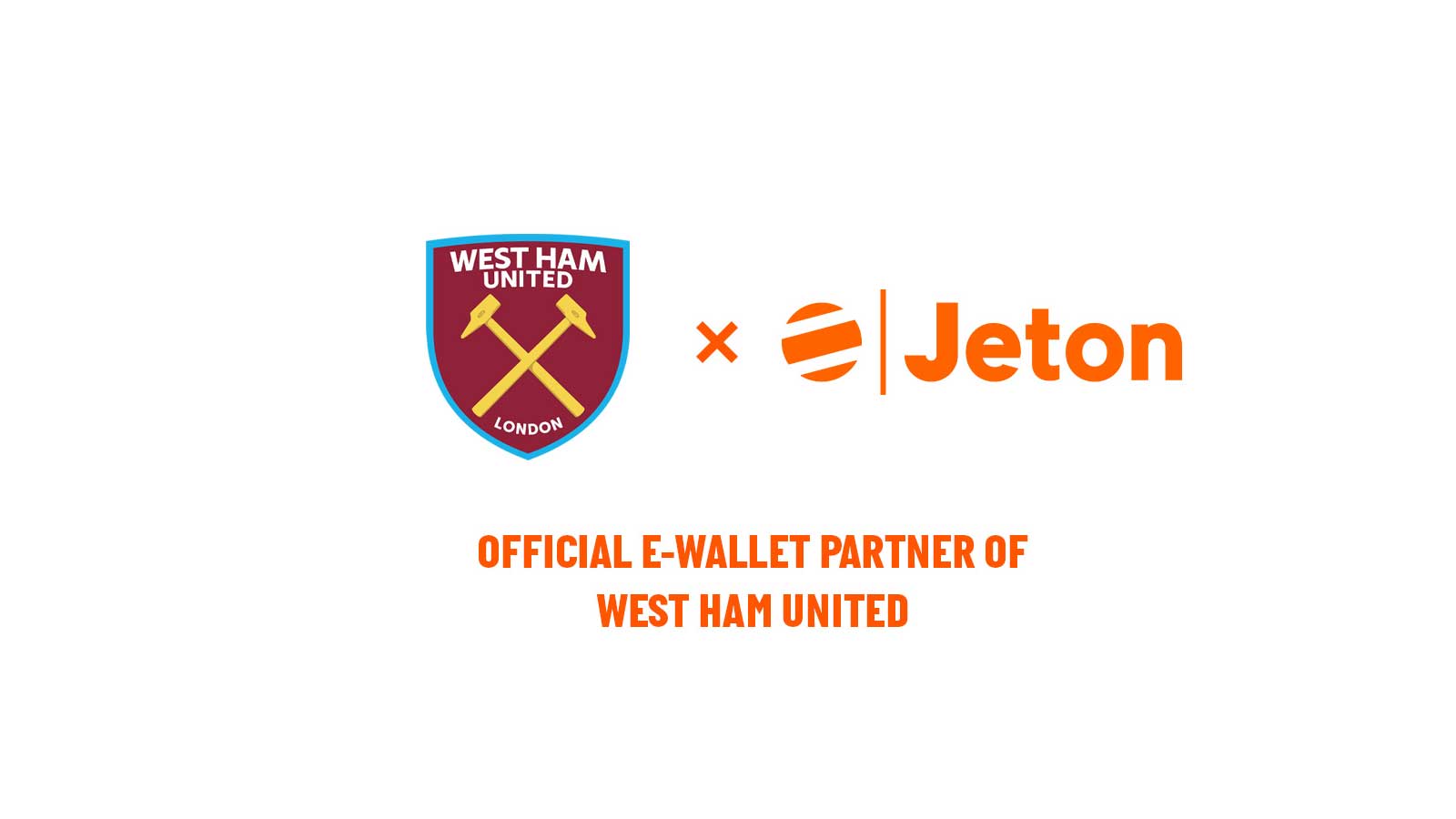 West Ham United is delighted to announce an extension to its partnership with Jeton as Official e-Wallet Partner.

Based in London, Jeton provides its users with secure money transfers and rapid payments through their trusted e-Wallet that accepts over 50 currencies. Having been partners since 2020, Jeton has experienced consistent growth and is now available in over 60 countries worldwide with over one million registered users.

The company’s distinctive branding will continue to appear across the Club’s LED pitchside perimeter advertising system and digital channels. Users of their e-Wallet will also be given the opportunity to join J Club where they can earn VIP benefits.

Nathan Thompson, Chief Commercial Officer of West Ham United, said: “We’re delighted to extend our partnership with Jeton. In a time when the financial landscape is becoming more complex, their values of simplicity, transparency and reliability are extremely important to our audience of e-Wallet users.

“Like Jeton, West Ham United are striving to be the best in their field and we look forward to working with a company that has similar ambitions."

Chief Executive Officer for Jeton, Mr. Saaly, said: "We’re extremely happy to continue our partnership with West Ham United. We have seen great success introducing our products to the West Ham United fanbase and we’re excited to continue to showcase the capabilities of our award-winning e-Wallet.

“Our partnership with West Ham United is a major factor in why we are fast becoming the leading e-Wallet provider and we are looking forward to another exciting season together."