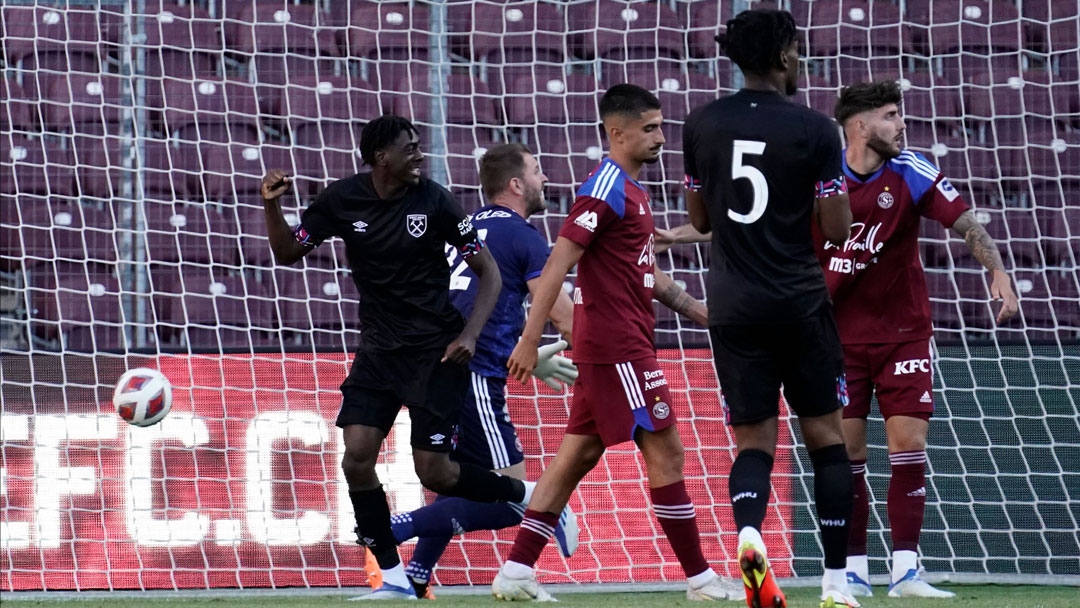 West Ham United made a winning start to their 2022/23 pre-season schedule with a 2-0 victory over Swiss Super League club Servette in Geneva on Friday evening.

Academy of Football youngsters Aji Alese and Divin Mubama scored the goals in either half as the Hammers ended their five-day Alpine training camp with a welcome victory.

The Irons rode their luck at times in Switzerland as Servette hit the woodwork on three occasions, but it was David Moyes’ side who were ultimately the more clinical of the two.

The game followed the traditional pattern of an early pre-season match, with the two teams growing into the game after a tentative start.

After West Ham forced a corner that came to nothing of note, it was Servette who then created the game’s first chances, but German Patrick Pflücke was denied by a Harrison Ashby block and Ivorian centre-forward Chris Bedia fired high and wide when well-placed inside the penalty area.

Then, after Michail Antonio had been thwarted by home goalkeeper Jérémy Frick diving at his feet, the Londoners took the lead on 27 minutes following a calamitous error by the same player.

Aaron Cresswell’s free-kick was aimed for Craig Dawson, but Frick came flying out and leapt into two of his own defenders, leaving all three Servette players on the turf and Dawson’s defensive partner Alese the simple task of prodding into the unguarded net from six yards out.

Servette responded well to going behind, with the lively Bedia curling narrowly wide and right winger Ronny Rodelin firing a shot off-target from a dangerous position.

Then, moments before the break, the Swiss hit the woodwork twice in quick succession, first when Bedia burst between two defenders and struck the base of the post, then when right-back Moussa Diallo’s 30-yarder was tipped onto the crossbar by Łukasz Fabiański.

Into the second half and Moyes made six changes, withdrawing the likes of captain Cresswell, Fabiański, Dawson, Manuel Lanzini and Michail Antonio and introducing Kurt Zouma, Issa Diop and 17-year-old Mubama.

The latter took no time to make his mark, forcing Frick into a smart save before scoring with a neat backheel from close-range on 52 minutes after the goalkeeper had parried Saïd Benrahma’s low shot.

The home side again sought a response and hit the frame of the West Ham goal, this time when No8 Timothé Cognat’s chip clipped the crossbar. The same player then rolled a shot a yard wide after being played clean through, much to his evident frustration as he then kicked the air and the pole supporting the goal net.

With Servette manager Alain Geiger making multiple changes to his team and Moyes introducing two more substitutes himself, the game then lost its shape and flow, as so often happens in warm-up fixtures.

Nevertheless, the West Ham supporters among the 4,188-strong crowd on a warm evening in Geneva made sure the atmosphere did not follow suit, singing enthusiastically in support of their respective teams.

One of Geiger’s replacements, Dimitri Oberlin, saw a shot blocked by Zouma and another dribble narrowly past substitute Nathan Trott’s post, and West Ham held out to keep a clean sheet and start their seven-match pre-season campaign with a win. 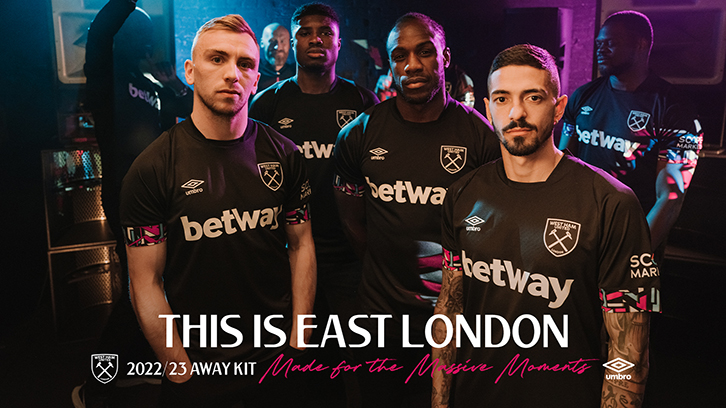