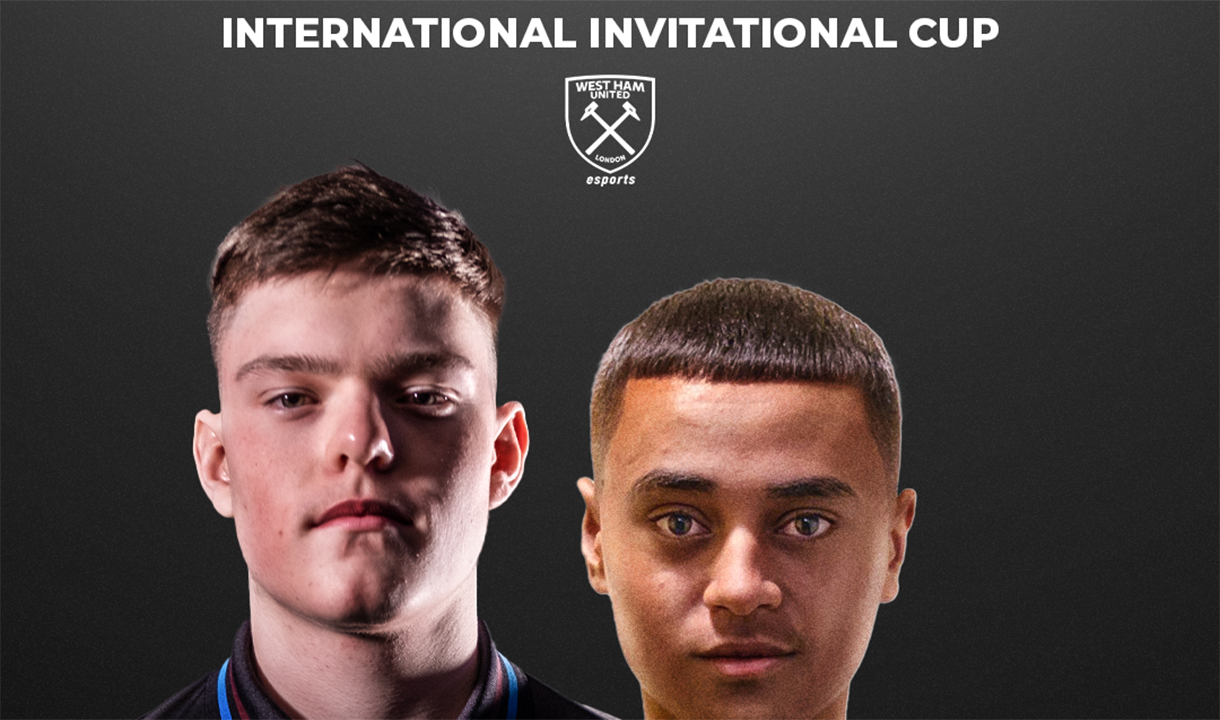 With Premier League fixtures currently on a scheduled break, West Ham Esports are taking centre stage this week as they participate in friendly FIFA 22 tournament, the International Invitational Cup!

Taking on representatives from the likes of Ajax, Borussia Dortmund, Inter Milan, Norwich City and Wolverhampton Wanderers, the virtual Hammers will go toe-to-toe with some of Europe’s best FIFA outfits on Wednesday evening.

A 2v2 competition, the Hammers will be represented by official FIFA players Alfie ‘AC RedLac’ Calder and ‘Tjardo’ Paliama, who will be streaming their progress LIVE from 6.30pm on Wednesday 26 January on the official West Ham Esports Twitch channel.

Game will be played on FIFA 22 Ultimate Team mode for PlayStation5 consoles, with each Ultimate Team squad comprising at least one player from their Club, past or present – so keep an eye out for an Iron or two out there!

West Ham have been drawn in Group B of the tournament alongside Inter Milan and 1J Esports – the official Esports team of Norwich.

ICYMI: We will be participating in the #IIC22 alongside some of the biggest clubs in Europe! Check out this trailer for what promises to be a stellar #FIFA22 tournament! See you there: @1JEsports @AFCAjax_eSports @BVB, @Inter, @WolvesEsports! pic.twitter.com/SDLC2NumD7

RedLac and Tjardo will play both Inter and 1J Esports twice – home and away – with each individual match worth the standard three, one or zero points. A one-off match (which includes extra-time and penalties) will be used to settle any ties, with only the group winner advancing to the final.

What’s more, each club will be running giveaways during the course of the competition, with prizes available through the central tournament stream on Esports agency Bundled’s channel.

Although the tournament remains a friendly competition, both RedLad and Tjardo will be gunning for glory as they bid to step up preparations for a busy second half of the FIFA season ahead, which includes West Ham’s FIFA eClub World Cup qualifiers and the ePremier League finals.