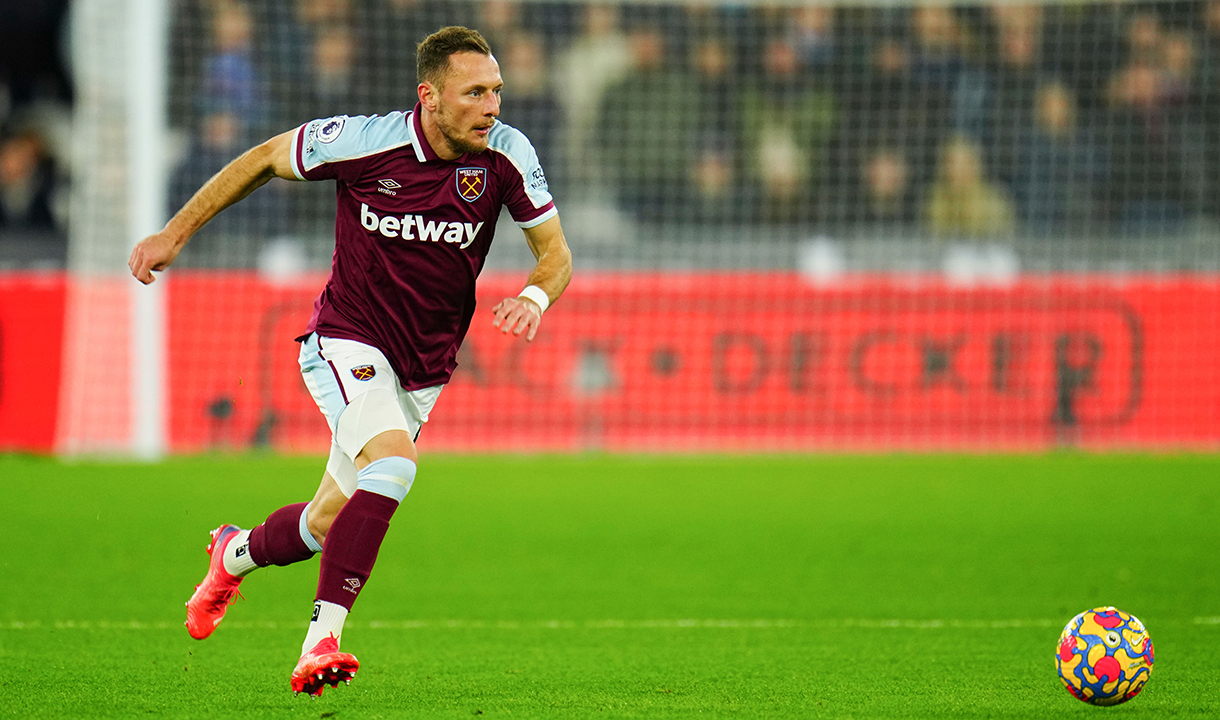 Vladimír Coufal: It wasn’t our game, but we’ll look forwards

West Ham United defender Vladimír Coufal admitted he was disappointed to only emerge with a point from Wednesday’s Premier League fixture against Brighton & Hove Albion.

Despite not playing to their highest level, the Hammers looked set to hold out for all three points against the Seagulls following Tomas Souček’s fifth-minute header from Pablo Fornals’ in-swinging corner kick.

Chances came and went for both sides, with Brighton goalkeeper Robert Sanchez producing some impressive saves and Coufal himself – on his return to manager David Moyes’ Premier League starting XI – having a couple of efforts from distance saved and blocked.

West Ham had a goal disallowed by Video Assistant Referee (VAR) early in the second half, Sanchez punching the ball into Craig Dawson and the ricochet rolling into the net via Brighton defender Shane Duffy and, the review ruled, an offside Michail Antonio.

And the Irons’ evening was further dampened when Brighton – playing the final minutes with ten men following an accumulation of injuries – earned a draw in the 89th minute through Neal Maupay’s overhead kick.

“We can do better for sure, but during the first half, we were still leading 1-0, and in the second half, early on, we scored a second goal.

“I don’t know if it should be disallowed or not, but for me, it took too long to make a decision… and in the end we conceded a very, for me, easy goal because they had one player fewer.

“To be honest, it was an unbelievable finish [from Maupay] with the bicycle kick, but it was too easy. We needed to put in a challenge and try to stop it… so it’s very difficult to speak about it.

“To be honest, we didn’t play well, especially in the first half. Maybe we didn’t deserve to take the lead, but it happened.

“This kind of game we need to win, especially with the many chances that we created. It’s very difficult to take, for me.

"You cannot push teams high when you lose the ball, so it was difficult for us and we need to work on this."

Nevertheless, the advantage of a crowded fixture schedule is that Coufal and his teammates will not have long to linger upon the final result.

A London derby against Premier League leaders Chelsea is up next at London Stadium on Saturday lunchtime.

The Irons have enjoyed a good record against high-flying teams at home so far this season, defeating the likes of Liverpool in the Premier League and Manchester City in the Carabao Cup on home soil.

Moreover, they have repeatedly demonstrated the strength of their character in bouncing back from previous frustrating results with committed performances – and Coufal expects no different against the Blues.

Coufal added: “We know who we are going to play on Saturday, and it will be a very difficult game because Chelsea are impressive this season.

“Since [Chelsea manager] Thomas Tuchel arrived, they have improved so much, so it will be a very difficult game and we will try to prepare ourselves to beat them.

“Of course, we are hoping the fans will support us on Saturday, like they have the whole season so far.

“We are looking forward to seeing them, and we will try to do our best to beat Chelsea and make their weekend happy.”