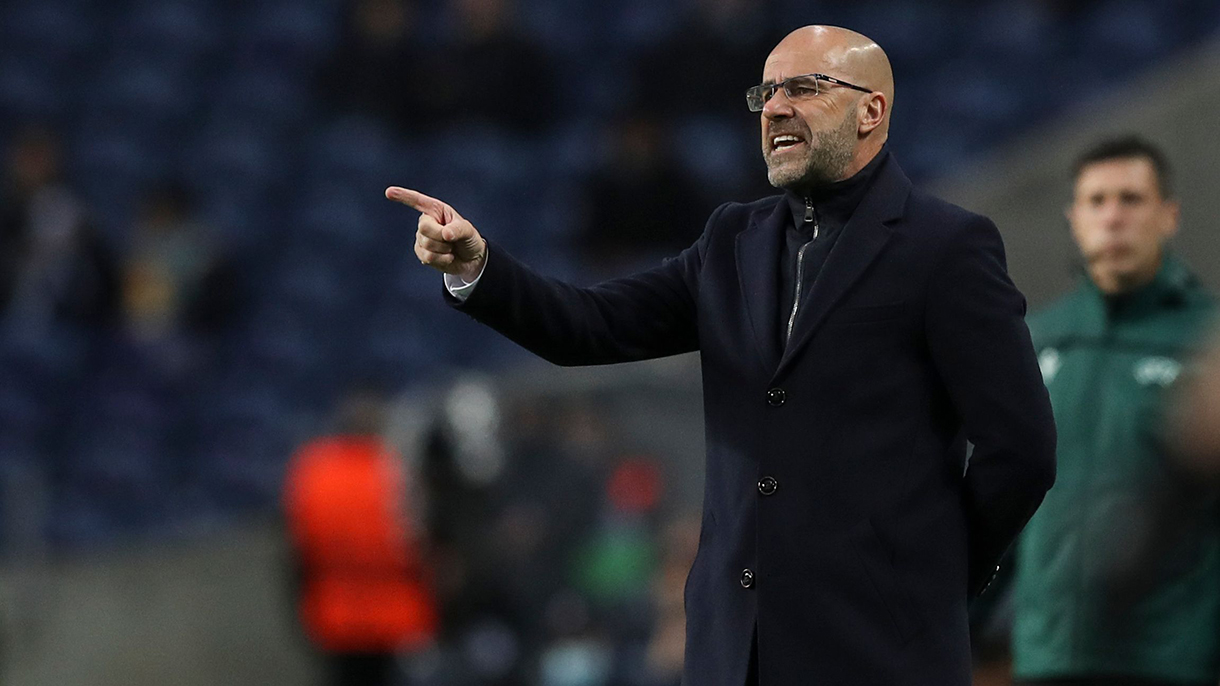 West Ham United’s performance, and the atmosphere the Claret & Blue Army generated in east London during the round of 16 win over Sevilla, evidently had made an impression upon the duo, who both boast significant experience of continental football.

Former Ajax, Borussia Dortmund and Bayer Leverkusen manager Bosz has highlighted the strength of the Hammers’ recent home form, with the Irons having scored in all 16 of our Premier League home games this season.

Indeed, in 22 matches at London Stadium in 2021/22, David Moyes’ side have only failed to find the back of the net twice: our final group-stage game against Dinamo Zagreb (at which point we had already won Group H), and our EFL Cup fourth-round tie against Manchester City, which we eventually won on penalty kicks.

“We’ve shown the players some videos of a team who have been having a really good season,” Bosz told.

“West Ham have had good results, especially here at home. They’re a team that plays well together – we can see it, and they are playing well in all areas.

“They’re a good team, we have to say it, but we have also faced some good teams in our championship, so we’re used to that.”

Midfield Aouar, meanwhile – reportedly a transfer target for several Premier League clubs last summer – has made no fewer than 32 appearances for Lyon across five seasons in the UEFA Champions League and Europa League.

The cultured midfielder is similarly anticipating a high-intensity – and physical – contest in east London.

The 23-year-old explained: “We know that West Ham are used to applying a lot of intensity in their weekend games.

“The play in one of the best leagues and they are well-prepared for European games, so we will prepare accordingly and do our best to counter them playing our football, and to reply with the same intensity.

“They are in a good position in the Premier League, with a lot of competition, and from what we’ve seen they are a very athletic team.

“They play with a lot of intensity and also a lot of technical accuracy ,with individual players who can make a difference on the wings, so we are going to go continue working hard in order to counter them.

“In terms of preparing for the game, we have a few players who are used to this kind of game. I have played quite a few European games with short turnarounds.

“We know we have to be prepared and be confident. We have a lot of confidence, but also a lot of humility. We are facing a very good team and we have to give everything we have, because we will have a lot of supporters following us tomorrow night.

“Maybe they are a bit more athletic than we are, but it’s up to us to respond, as we know how to do it in Europa League and how to raise our intensity, because we’re going to need that.”

Bosz was also queried by the French journalists present on his team news, confirming that joint-top scorer Karl Toko Ekambi – who has six goals in eight Europa League games so far this season, but who missed the 3-2 win over SCO Angers on Sunday – will return to his matchday squad following illness.

Aouar’s regular midfield partner Maxence Caqueret, however, will not be available, having picked up a suspected knee injury in training last week, with Bosz suggesting Lyon will have to shuffle their pack accordingly.

Sitting ninth in the Ligue 1 table after with eight games remaining, and with an eight-point gap between themselves and the Champions League qualification spots, both manager and player felt the Europa League represented Lyon’s strongest opportunity to return to the top tier of European football after a two-season absence.

“Unfortunately it’s a truth, the table is showing that, and unfortunately we don’t really know the reasons for that [our league position],” Aouar noted.

“What is true, when it comes to the league, is that we have another eight games to go, so it’s up to us to climb in the table. In the Europa League, it is true we have had good results, so we have to find inspiration from that to use in our league games.”

“We are very ambitious for this competition, but we will play the tie with modesty and with confidence.”

Bosz added: “It’s the shortest, but not necessarily the easiest, way to get into the Champions League.

“Until now we’ve done pretty well in Europe, so we need to continue that, but I don’t think about next season, I think about the game tomorrow.

“We have to try to win the game and see what happens. For the time being, tomorrow’s game is the most important, so I don’t want to think beyond that.

“More and more, you can see in European competitions that it’s not just at home you can get good results.

“We did get a good result in Porto [in the round of 16] which allowed us to play in the quarter-finals, so like I always say, we are here to play and to win the game, not just to get a good result at home. I always want to win, tomorrow too if possible.”