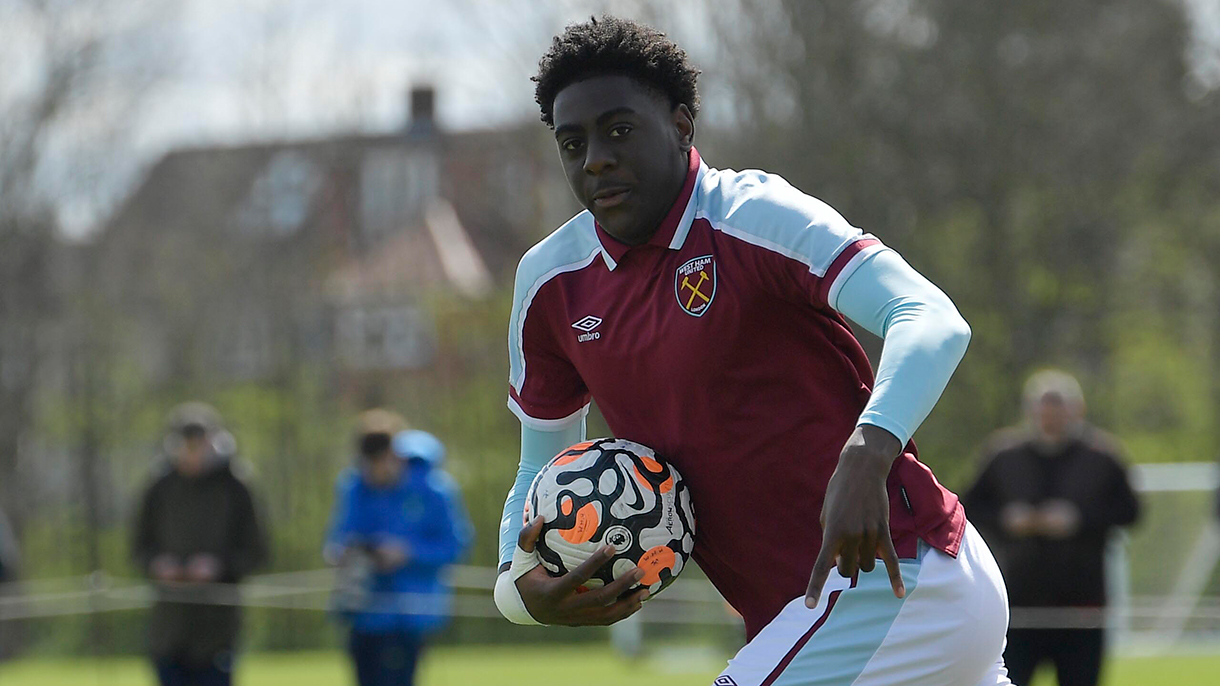 West Ham United took their title bid into the final week of the U18 Premier League South season with a 4-0 win at Brighton & Hove Albion U18s.

Making the most of several set-pieces, Divin Mubama scored a clinical hat-trick to bring his tally to 18 goals in 23 youth team appearances this season.

And his treble was added to by defender Kaelan Casey - also from a set-piece - as the Hammers kept pace with Southampton U18s at the top of the table.

With second place now sewn up, Kevin Keen’s youth team now sit a point behind the Saints, with a final game left to play at Little Heath against Norwich U18s on Saturday.

The league-leading Saints could seal the title before then, however, should they defeat Reading U18s on Wednesday, having already beaten the Royals 5-1 win in Berkshire at the weekend.

But for the young Hammers, even a second-placed finish would denote a marked improvement on last season’s tenth place in U18 Premier League South.

And the fine run of form which has carried them to this position continued with the 4-0 win against Brighton, which represented West Ham’s 14th win in their last 18 league games.

Keen's young players got off to a typically fast start at the AMEX Elite Performance Centre, taking the lead after ten minutes following good work by Junior Robinson.

The second-year scholar showed good attacking intent to make his way into the box from right wing-back and, having been tripped, win his side a penalty kick.

Up stepped reliable goalscorer Mubama, who sent goalkeeper Killian Cahill the wrong way from 12 yards to give his team the early lead.

And despite Brighton seeing more of the ball in the early stages, it was West Ham who would double their advantage just over 15 minutes later, Mubama the man on target yet again.

A free-kick from 35 yards out was whipped in by another England youth international in the form of Oliver Scarles, and Mubama - unmarked - ran across the near post to guide the ball across goal and into the bottom corner with a first-time finish.

Despite the Seagulls impressing throughout the half, that was how the score remained until early in the second half, when the Hammers raced away with proceedings. 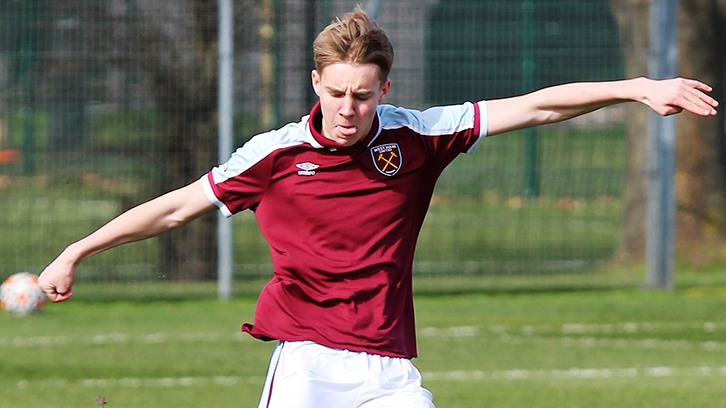 Centre-back Casey was next to find the back of the net, rising highest amidst a crowded penalty area to nod Lewis Orford’s in-swinging corner past Cahill from six yards.

And as the clock moved past the hour mark, a set-piece yet again offered West Ham a route to goal as Robinson’s corner was met at the back post by Jamal Baptiste, who headed back across goal for Mubama to convert with a close-range header.

A 4-0 win and three important points later, assistant coach Mark Phillips was delighted with the overall standard of the display.

“It was a strange game really,” Phillips told whufc.com. “The first half, although we went 2-0 up, possession-wise and passing the ball, Brighton were better than us, but we took both our goals well from set-pieces.

“In the second half we were very good and should’ve scored more than the two we got, so it was a game of two halves really.

“It’s so important to keep clean sheets. It’s great to score goals, but the back six including the goalkeeper gave us a real base to play from too.

“Obviously, we’re now praying that Reading get a result against Southampton in the week. If that’s even a draw, it’d go to the last game.

“We’ve had a tremendous season whatever way it pans out really. We’ve been on a fantastic run in the league and you’d think that most years, that would be enough to win it, but it doesn’t look like it’s going to be this time.

“I saw that the manager [David Moyes] mentioned last week about the U18s being second in the league, and that the U17s had won the London Cup, which is nice and inspiring for the boys to see.”

All eyes will now be on Little Heath when the Hammers welcome Norwich on Saturday 7 May at 12pm BST.