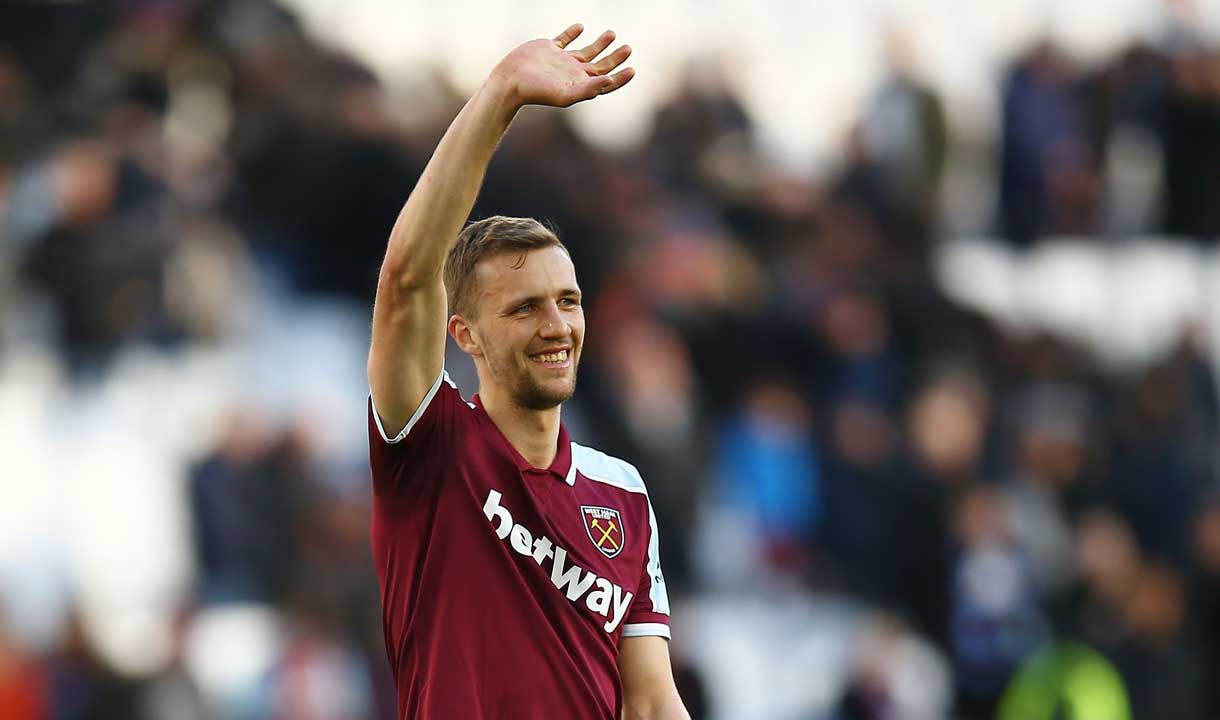 West Ham United were on song at the weekend, defeating Wolverhampton Wanderers 1-0 thanks to Tomáš Souček's second half goal.

The Hammers were the more forceful side throughout and deserved to take maximum points - a result which took them five points clear of their visitors.

Here's some of the best reaction to the result from Twitter.

There was a show of solidarity for Andriy Yarmolenko and the Ukrainian people.

Firstly this was a brilliant message and applause for the cause in the Ukraine. Like the boys have said and rightly so that one should be for Yarmolenko.

West Ham United united with Ukraine. To all those affected the footballing community clearly with you 👏🏻🇺🇦 pic.twitter.com/Kq7DOshU3U

On the pitch there was plenty to be impressed with...

David Moyes got the set up spot on today. The pressing traps unsettled Wolves for large periods and forced them longer, which West Ham dealt with comfortably.

Big win for West Ham. Wolves' first (and only) shot on target came in the 87th minute. It's not been an ideal week for their European ambitions ... pic.twitter.com/YW885wX5wv

West Ham United ⚒ 1-0 Wolves 🐺 (Souček 59)
As good a team performance as we have seen, since possibly before Xmas. A game where the quality of service to Antonio improved greatly and a fantastic all-round defensive display, led by Zouma, ensured a vital 3 points. pic.twitter.com/5yXYbN0eCi

Antonio was outstanding. Soucek goal. Well done to everyone. The 💎is the key in midfield.

Pablo Fornals put in a real shift in an unfamiliar wing-back position...

In West Ham’s 1-0 win against Wolves, Pablo Fornals ranked first amongst players on the pitch for:

And baby Fornals made a guest appearance on his fellow wing-back's post-match interview...

What a birthday it was for Tomáš Souček...

🥳 That's one way to celebrate your birthday!

Soucek dedicating his goal to his 80 year old grandad who was in the stands for the first time is lowkey beautiful and definitely not making me cry. pic.twitter.com/zYLoGzf4Gj

And we'll leave the last word to the players...

Back to our best today. Big performance and win. @Yarmolenko_7 that was for you brother💛💙 pic.twitter.com/wr5G4GtxOO

Birthday’s goal gave us very important win!!! Come on you irons ⚒ Keep going on this high level for the next one ✊️ pic.twitter.com/HuXXR6ngcU