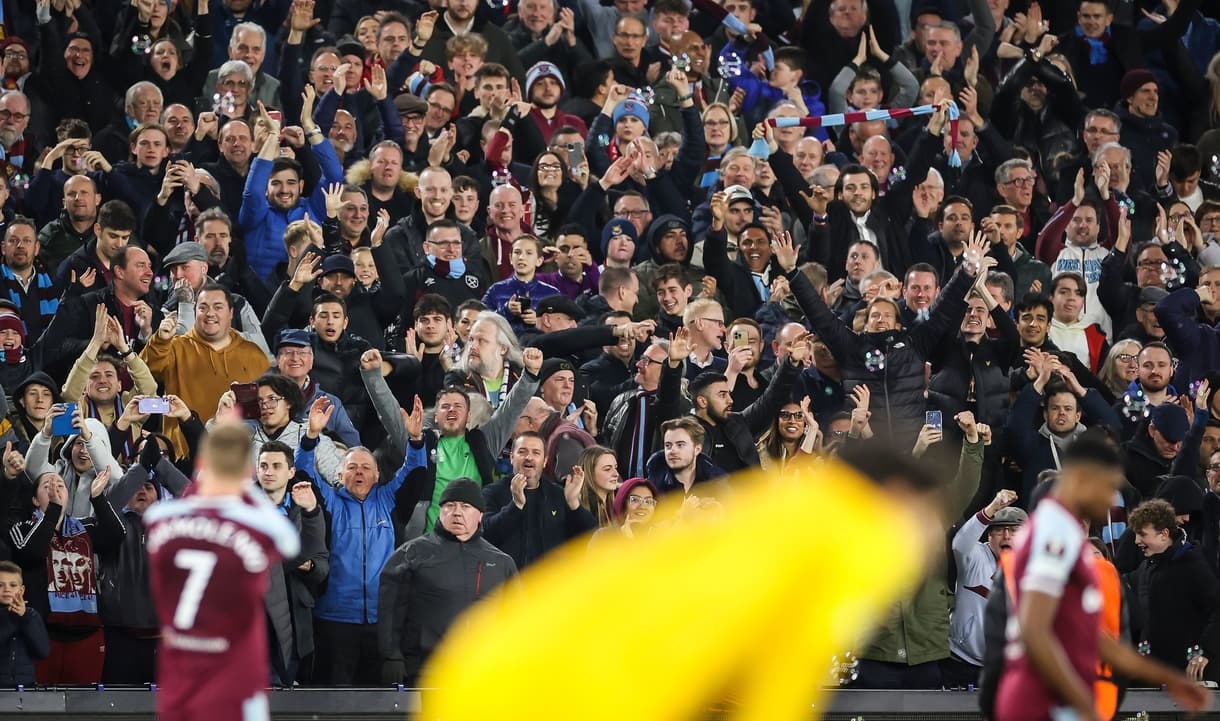 West Ham United secured a place in the UEFA Europa League quarter-finals with an unforgettable 2-0 extra-time victory over Sevilla at London Stadium on Thursday night.

It is a night that will go down in Hammers folklore and it was lapped up by the Claret & Blue Army everywhere.

Who could fail to enjoy this from Pablo in his post-match interview?

How good is this?! 😂😂 @pablofornals

There was an outpouring of love for match-winner Andriy Yarmolenko...

My only West Ham ❤️🇺🇦⚒

WHAT A NIGHT. That was special, like a long old film with a beautiful ending @Yarmolenko_7 you are one of our own 🇺🇦❤️ pic.twitter.com/Ct44laQLyQ

Yarmolenko in the last two games has been massive. He is one loved West Ham player who is a very proud citizen of Ukraine.

I'll be honest
I think today was the best day I've ever had at football. Not even embarrassed that emotion got the better of me and that I sobbed and sobbed and sobbed.
Thank you West Ham. @Yarmolenko_7 your mental toughness is incredible #COYI

The scenes at full-time will live LONG in the memory...

We had a camera on Carlton Cole and Joe Cole as West Ham beat Sevilla to reach the Europa League quarter-finals!

Kicking every ball, and just look at the reaction when the goal went in 😂#UEL pic.twitter.com/S1rPxSbDRo

The atmosphere was truly matched by the performance...

Not sure I’ve ever seen such a flawless West Ham performance.

A potent mix of instinct, skill, desire, work rate, confidence and a clear plan. Every player was at least a 9/10.

And all on the back of the most phenomenal atmosphere London Stadium has ever seen. Amazing. #WHUFC

Let’s not forget that Alphonse Areola save in the first half too. World class save at a pivotal point in the game. He’s been mainly very good whenever called upon for West Ham.

And the players loved every minute too...

This night we never forget!!! Still on our fantastic way in EL ⚽️ Thank you fans for your unreal support ⚒ pic.twitter.com/PmcESd4IZm

A night we’ll never forget. Gave our all and got what we deserved. The journey continues… 🙏🏾 #COYI pic.twitter.com/JLEtvdqLTV

Guys were unbelievable tonight 🔝😍 what an atmosphere 🔝🔝 wooow ….West Ham is massive ⚒⚒⚒