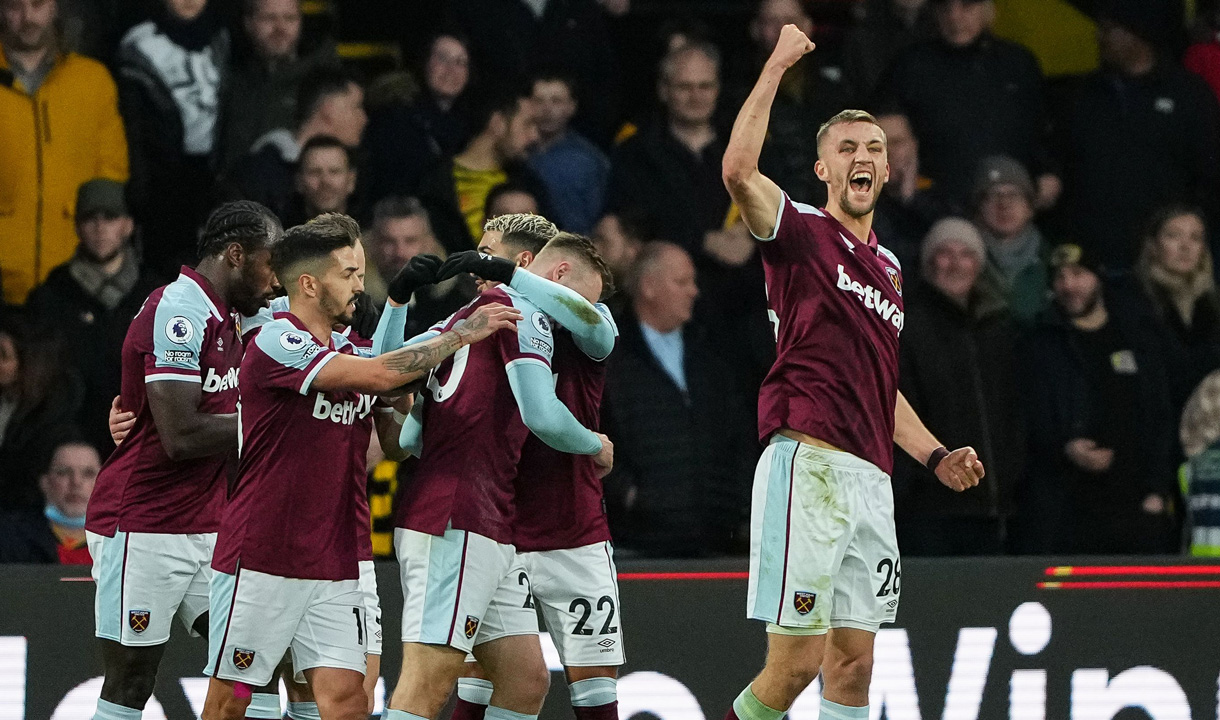 The Hammers travelled to Vicarage Road just 48 hours after going down to a disappointing 3-2 home defeat by Southampton on Boxing Day – the team’s third defeat in succession and fourth in five matches in all competitions.

When Watford went ahead inside four minutes, another frustrating afternoon could have been in prospect, but West Ham regrouped, dominated their hosts, equalised through Souček’s superb first-time finish, then went on to win convincingly through further goals from Saïd Benrahma, Mark Noble and Nikola Vlašić.

The win brought an historic, record-breaking 2021 to a close in style and the Czech midfielder believes it can serve as springboard for another successful year, which kicks-off with a Premier League derby at Crystal Palace on New Year’s Day.

“It was a big relief because I think after we beat Chelsea, it was four or five games we couldn’t win,” Souček confirmed. “We sometimes played well and sometimes bad, but I’m happy we won at Watford and to score four goals in an away game is a big achievement. Now we need to be ready for the next game.

“We need to keep going and keep pushing. This game and the three points were really important for us, for our confidence and for our spirit, as another loss could have been crucial for us.

“I am really looking forward to the next game. It was really hard playing again just one day after Boxing Day, but I love it and I look forward to next year and hope we can start it with a win as this is the best way and we want to do it.”

Souček’s goal was just his third in 19 Premier League appearances this season and the No28 is determined to up his strike-rate over the second half of the campaign.

However, he dismissed any suggestion that his relative lack of goals – he netted ten times in the Premier League last season – is the result of midfield partner Declan Rice taking on a more advanced, box-to-box role this term.

“It’s not about Declan, it’s about me!” he smiled. “I always want to help the team with assists or goals, with everything, defending as well, so it’s great I could score and help the team get this win.

“We played well, but we were still losing 1-0, so I’m happy I could score our first goal and help get the result for our team.”

A true team player, the 26-year-old was also happy to see Vlašić hit the back of the net for the first time in a Claret and Blue shirt at Vicarage Road.

The Croatian celebrated his strike with a ‘Crossed Hammers’ before being engulfed by every single one of his teammates, including goalkeeper Łukasz Fabiański, who ran the length of the pitch to congratulate the No11.

“I am happy for him because he deserved it,” Souček smiled. “His attitude is great and he shows it every day on the training ground. I think it’s a big thing for his confidence and I hope he adds many goals in the future.”