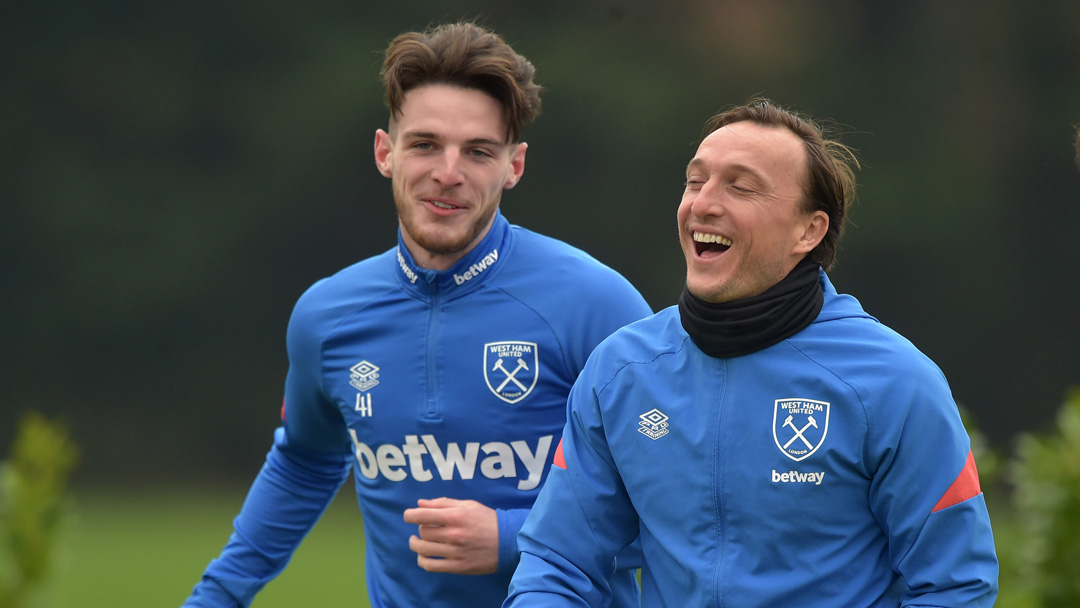 The Hammers kick-off at the Amex knowing victory, combined with a draw or defeat for Manchester United at Crystal Palace, will see them finish above the Red Devils and qualify directly for the UEFA Europa League group stage for the second season in succession.

Should we win, but Manchester United also prevail, we will finish seventh and go into the UEFA Europa Conference League play-off round.

With that in mind, Moyes has picked an unchanged team from last weekend’s 2-2 home draw with Manchester City to face the Seagulls.

Łukasz Fabiański starts his 37th of 38 Premier League matches in goal behind a back four of Vladimír Coufal, Craig Dawson, Kurt Zouma and Aaron Cresswell.

Declan Rice captains the side from central midfield alongside the man who scored West Ham’s goal in the reverse fixture at London Stadium in December, Tomáš Souček.

The attacking midfield positions will be filled by Pablo Fornals, Manuel Lanzini and Jarrod Bowen, with Michail Antonio leading the line in attack.

It is just the third time Moyes has selected this particular starting XI this season, following the away fixture at Brentford in April and last weekend’s thrilling draw with Manchester City.

Should Noble feature, he will make his 414th and final Premier League appearance for the Club and his 550th and last appearance in Claret and Blue overall as he brings his 18-year career to a close.

Saïd Benrahma is not included after suffering an ankle injury at Norwich City a fortnight ago, and nor is Issa Diop, who was injured late in the home draw with Burnley on 17 April. Angelo Ogbonna continues his recovery after undergoing knee surgery before Christmas.

Brighton manager Graham Potter makes one change to the side which drew 1-1 at Leeds United last weekend, with Belgium winger Leandro Trossard absent and his place going to defender Adam Webster.