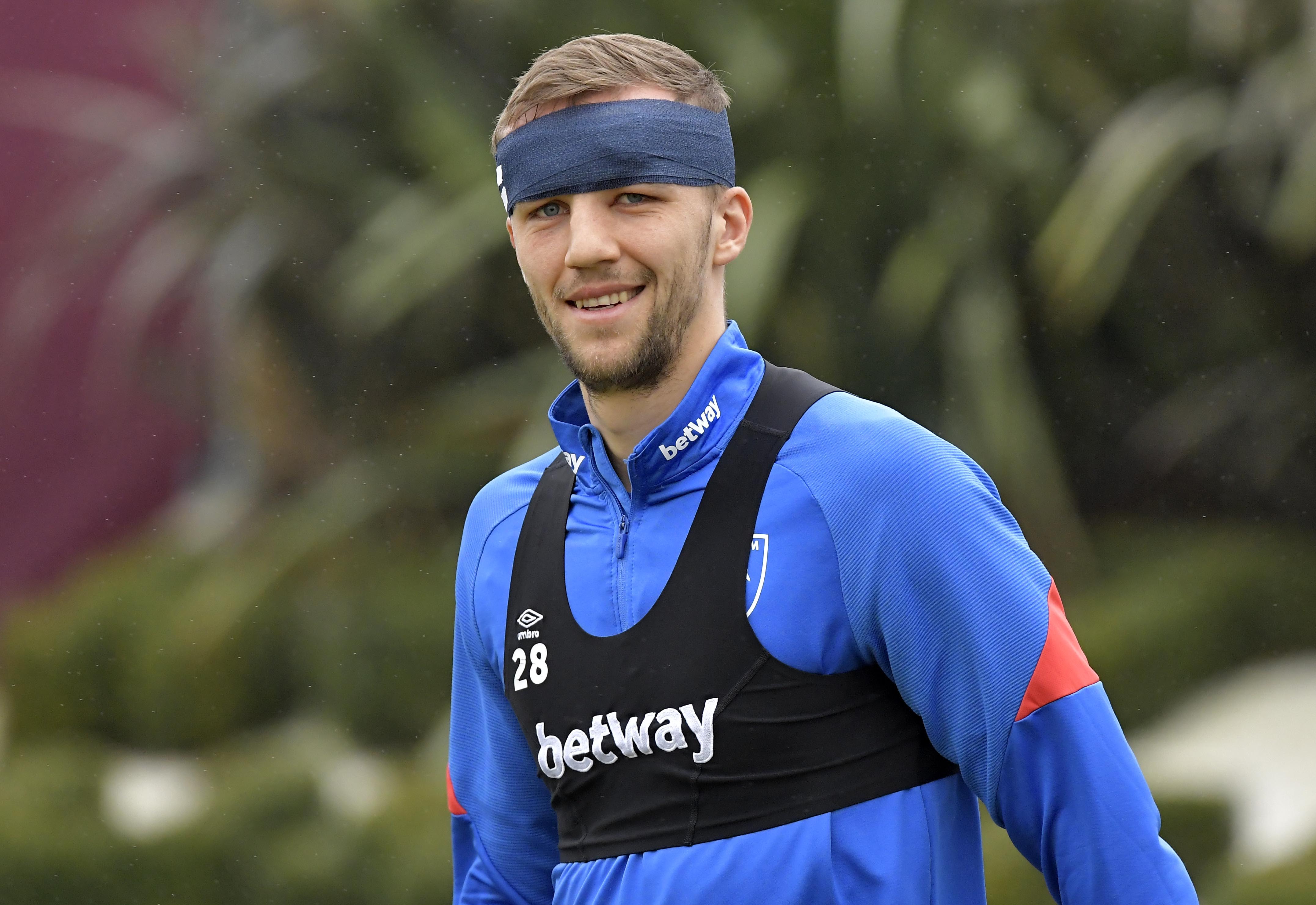 David Moyes has made three changes to his West Ham United team for Saturday’s Premier League fixture at Liverpool.

Declan Rice misses just his second Premier League match of the season through illness, with Nikola Vlašić replacing the England international in midfield.

The Croatia international makes his fifth Premier League start of the campaign following his summer move from CSKA Moscow.

The other of the two outfield changes sees Liverpool-born former Reds schoolboy Aaron Cresswell return after missing the midweek Emirates FA Cup fifth-round defeat at Southampton with a knock. Issa Diop drops out.

The No3 makes his 278th appearance for the Club this afternoon and is the most-experienced Hammer in today’s starting XI when it comes to games in Claret and Blue, and he captains the side.

In front of him, the defence also consists of homegrown full-back Ben Johnson, France international Kurt Zouma and Craig Dawson, who each produced strong performances in last weekend’s 1-0 home win over Wolverhampton Wanderers. 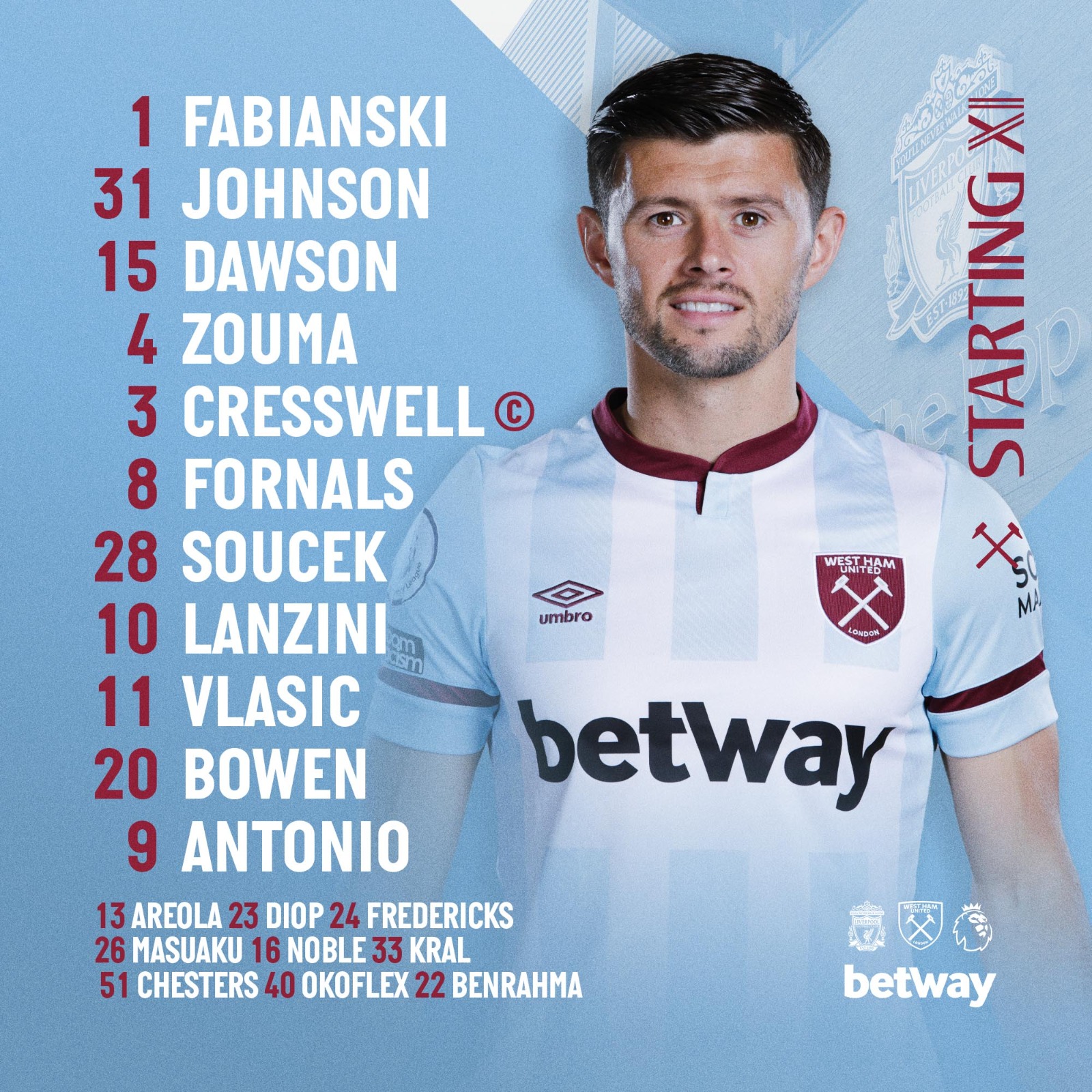 In Rice’s absence, Tomáš Souček will anchor the midfield, joined by Manuel Lanzini and Pablo Fornals, who like Zouma scored in the 3-2 victory over Liverpool in the reverse fixture at London Stadium in November.

Jarrod Bowen, who assisted both of those goals, makes a 79th Premier League appearance in a row for West Ham dating back to his debut as a substitute at Manchester City on 19 February 2020.

He will support Michail Antonio, who has scored five goals in ten West Ham appearances against Liverpool in his seven seasons as a Hammer.

Only Liverpool’s Mohamed Salah (29) has more combined goals and assists in the Premier League this season than Bowen (16) and Antonio (15).

The substitutes’ bench has plenty of experience on it, with Areola and Diop joined by Mark Noble, Ryan Fredericks, Arthur Masuaku, Alex Král and Saïd Benrahma, along with Academy prospects Dan Chesters and Armstrong Okoflex.