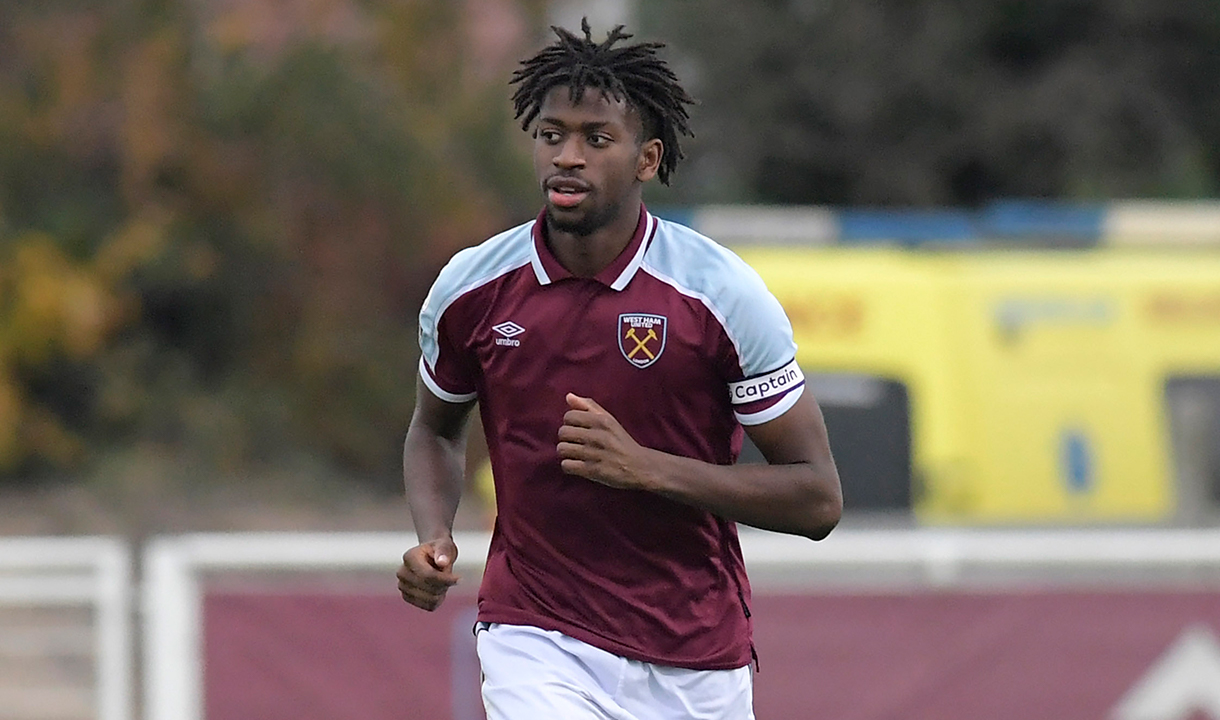 With the Hammers’ place at the top of the table and progress direct to the round of 16 confirmed, and a busy domestic fixture list to come over Christmas and the New Year, the manager has given full debuts to Jamal Baptiste, Emmanuel Longelo and Sonny Perkins and starts to Harrison Ashby and Ajibola Alese alongside captain Mark Noble.

Baptiste, 18, and Alese, 20, will resume their outstanding partnership for the U23s at the heart of the defence, flanked by right-back Ashby and left-back Longelo, both 20, in an entirely home-grown back four.

Between them, the quintet have six previous first-team appearances under their belts, with Scotland U21 international Ashby the most experienced with two – a start against Hull City and a substitute appearance against Charlton Athletic in September 2020.

U23s captain and England U20 international Alese, who has experienced EFL football during loan spells with Accrington Stanley in League One and Cambridge United in League Two, makes his second start after also helping the Hammers beat Hull last year.

Longelo also featured as a substitute in that win over Hull. A converted winger, the Dagenham-born youngster has been with the Club for over a decade.

The same can be said for England U19 international Baptiste, who became the second-youngest reserve-team player in the Club’s history and scored in the first-team’s pre-season draw at Dundee in July this year.

Up front, 17-year-old Perkins is the youngest of the starting five, with the prolific teenager being rewarded for scoring nine times for the U18s and U23s this season with a start to follow his substitute appearance at Rapid Vienna a fortnight ago.

The five young starters will have plenty of experience to learn from on the pitch, with Noble being joined by five senior internationals in the starting XI.

It is a big night for Vlašić, who faces his fellow countrymen and a club in Dinamo Zagreb he has tackled on more occasions, 15, than any other opponent during his spells with previous clubs Hajduk Split and CSKA Moscow.

Three more Academy prospects are named on the substitutes’ bench and all three could make their first-team debuts if called upon by Moyes.

Keenan Forson, 20, and Freddie Potts, 18, are both central midfielders, with the latter being the son of West Ham legend and Academy coach Steve, while 19-year-old Kamarai Swyer is a creative midfielder who can play in a number of attacking roles.