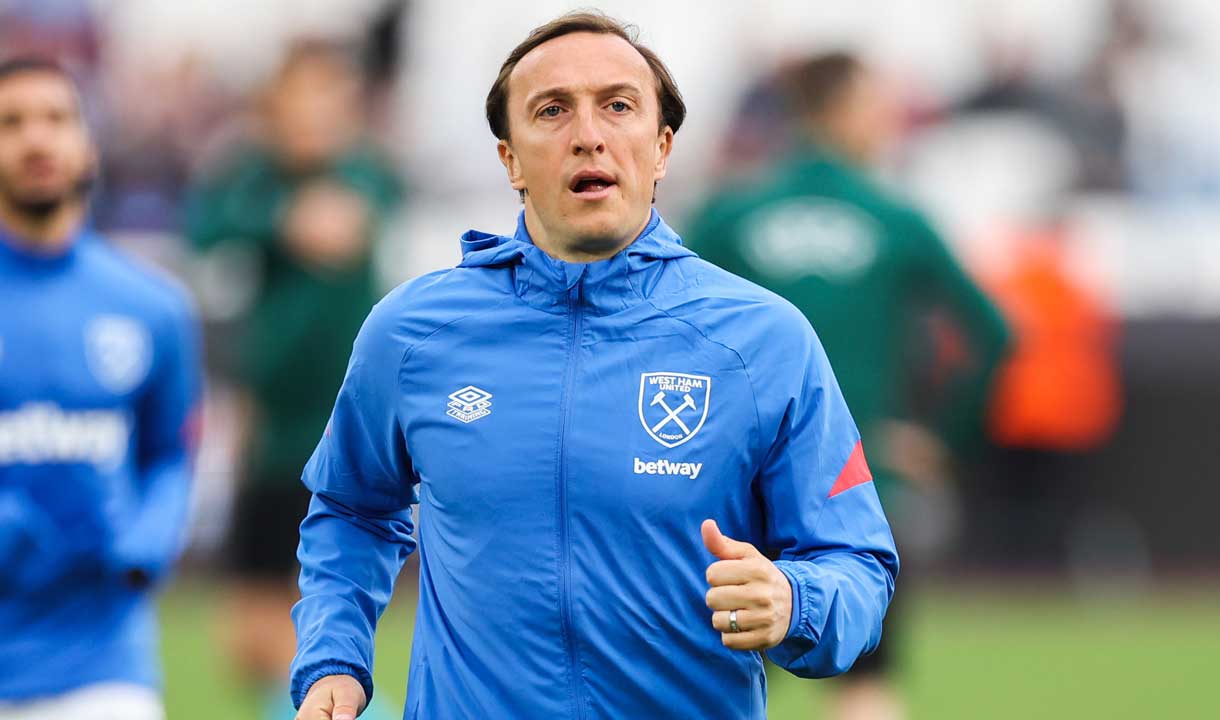 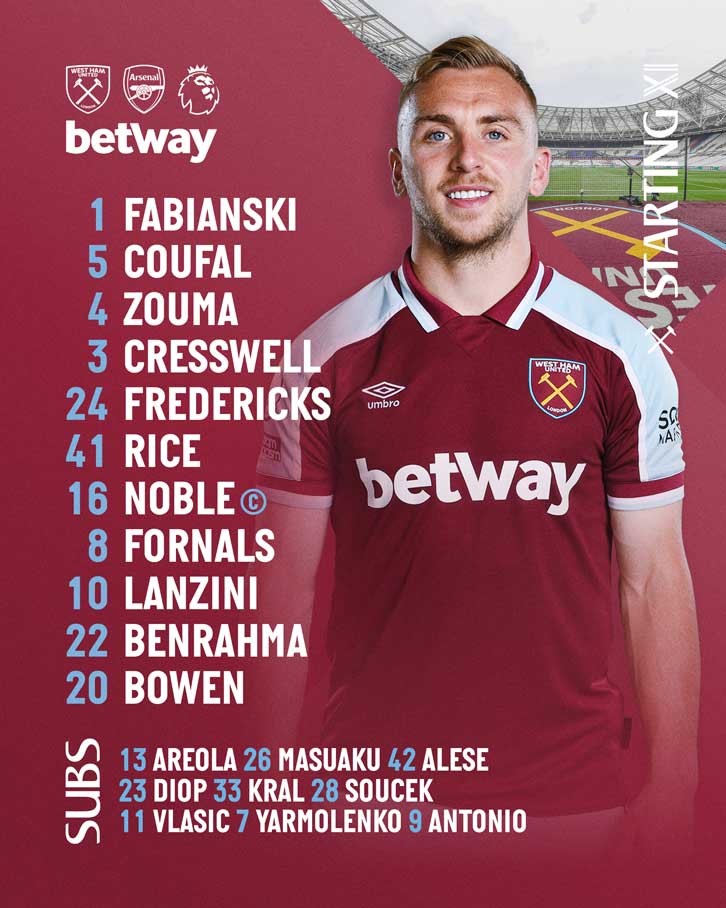 Mark Noble captains West Ham United in his 129th and final London derby of his 18-year playing career as the Hammers take on Arsenal at London Stadium on Saturday.

Noble partners Declan Rice in David Moyes’ midfield, with the manager making five changes from the side which took on Eintracht Frankfurt in the UEFA Europa League in midweek.

It means Fabiański is likely to have a back four of Coufal, Kurt Zouma, Aaron Cresswell and Fredericks in front of him.

Noble and Rice anchor the midfield, with Pablo Fornals, Manuel Lanzini and Benrahma providing the support for Jarrod Bowen in attack.