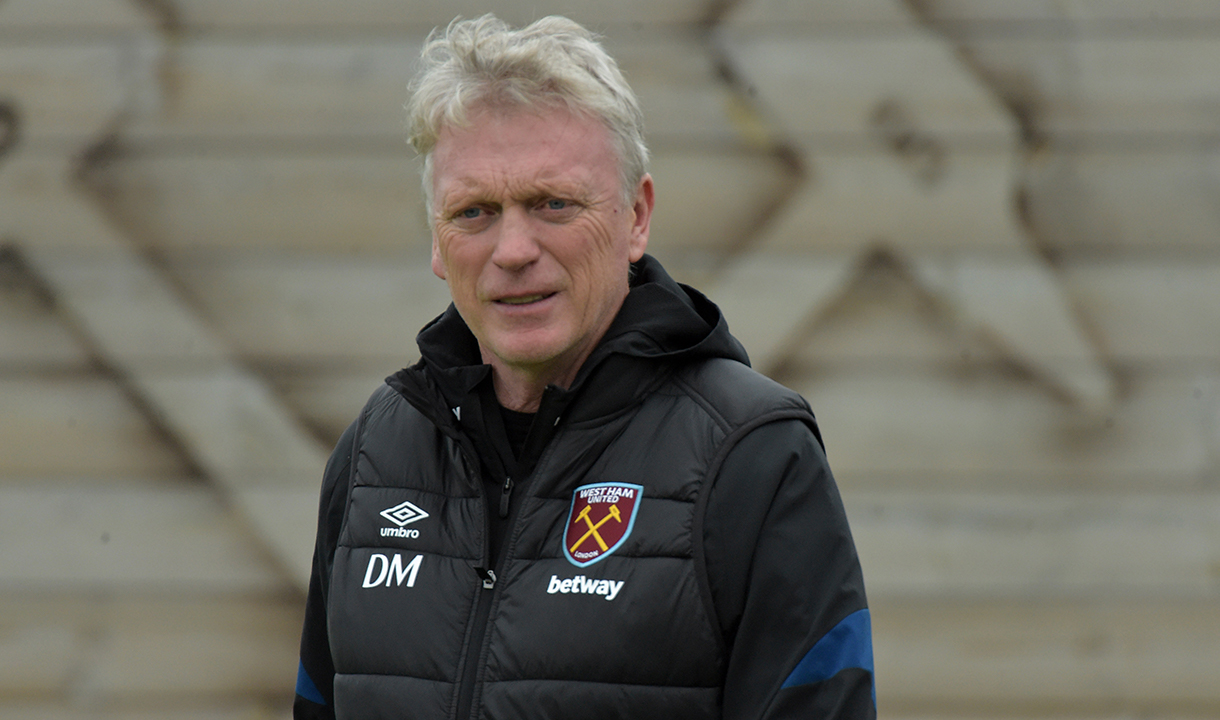 The Hammers visit Rapid Vienna on Thursday night in the knowledge that three points would secure their place at the top of Group H, and thus grant them direct qualification to the competition’s Round of 16 in March, avoiding an additional play-off round.

Should they not win at Allianz Stadion, however, Moyes’ Irons would still secure top spot with either a draw or victory at home to Dinamo Zagreb in a fortnight’s time.

With a trip to Manchester City in the Premier League lying in store on Sunday – and then the prospect of nine further fixtures across three different competitions in the month of December alone – Moyes has decided to leave Fabianski and Antonio in London to further their preparations for the tests ahead.

Speaking at his pre-match press conference, the manager reaffirmed his confidence in the wider options at his disposal, with West Ham having rotated their squad with exemplary results so far this season.

“Michail [Antonio] is not here, no,” Moyes confirmed. “We chose not to bring him today, and apart from that, Lukasz [Fabianski] isn't here. Those two haven’t come.

“We’re well aware of where we are, and how we've been setting up, so we'll be strong [on Thursday], but we also know that we've got so many big games coming up in a really busy schedule.

“It’s just the same as we’ve done in other games. We’ve chosen to decide when we need players.

“We’ve got a busy week coming up next week, when we’ve got three games and it’s a full Premier League week for everybody, so we want to give Mich every chance of being ready and being in good condition for it.”

This approach is in keeping with how Moyes and his squad have handled previous Europa League tests, with 22 different players making appearances in the Irons’ four European games so far this season.

A record of three wins and a draw from those four games speaks to the success of that strategy, as does the Hammers’ results in a demanding campaign thus far which has seen them win eleven – and lose only three – out of 18 games in all competitions.

I think everybody would see that, during this competition, we've tried to make sure that we mix the first team and the players who are in it as much as we can

Moyes therefore anticipates that, regardless of the make-up of his starting XI on Thursday, the Irons will deliver a strong performance.

The manager noted: “I think everybody would see that, during this competition, we've tried to make sure that we mix the first team and the players who are in it as much as we can.

“We've got a good squad. I think the players have all performed really well in this competition. We want to use them all and we want to give people opportunities. We can’t always get everybody a game, so we’ve got to try and stay strong in games.

“We know Thursday’s opposition are tough, so we have to go in with as strong a side as we possibly can.

“After Manchester City on Sunday, the following Wednesday, we’ve got Brighton & Hove Albion and then we’ve got Chelsea, so it’s just probably our programme which makes these games, new to us, certainly a bit more difficult.”

With a strong array of options available to him, the manager is eagerly anticipating the challenge of now playing at least twice a week – across three different competitions – until, at the very earliest, the beginning of January.

Moyes smiled: “We’ve got ourselves through to quarter-finals in the Carabao Cup, we’re doing well in this competition and we’re going to qualify and be in Europe after Christmas time, so I’m really looking forward to that.

“All the other games come like every other team has got, so we’ll take it one at a time, but we’ve also got to think ahead and use the players as best we can.

“I’ve got to say the players who have already played in the Europa League have done a brilliant job and played really, really well, and I’m expecting the same again from them.”