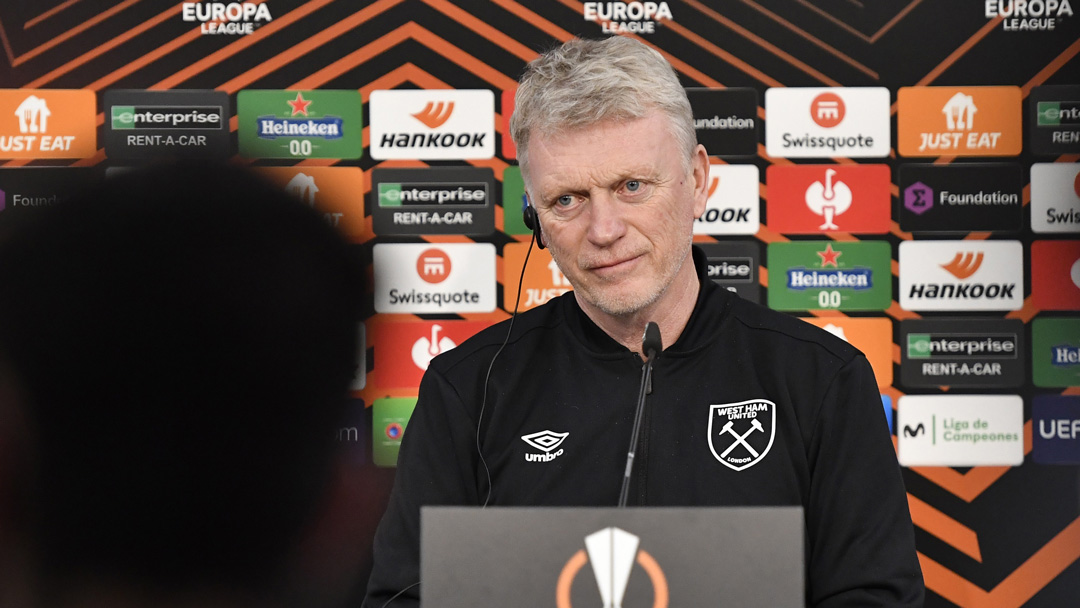 However, the 22-year-old returned to full training with his teammates at Rush Green on Wednesday morning and flew out from London Stansted Airport to southern Spain in the afternoon.

Speaking to journalists at his press conference at the Ramón Sánchez-Pizjuán Stadium on Wednesday evening, manager Moyes was asked if the No41 would be fit enough to start, he said Rice would do if he was fit and well on Thursday.

“He trained today [Wednesday] for the first time,” said the Scot. “He didn’t train yesterday [on Tuesday]. He trained today and he’s sort of been really unwell with it, whatever he’s had, a bug of some sort. But he’s with us and if Dec is fit and available then he’ll certainly play.”

While Rice is hoping to be fit enough to face the record six-times Europa League winners, Moyes will be without Jarrod Bowen, who suffered a heel injury at Anfield on Saturday, and long-term absentee Angelo Ogbonna, who underwent surgery after suffering an anterior cruciate ligament injury in his knee in the home win over Liverpool at London Stadium in November.

Moyes is confident that while Bowen will be missed, his squad will be able to cope with the forward's absence.

Denmark midfielder Thomas Delaney is suspended, while Argentina forward Erik Lamela is ineligible, but Moyes is taking nothing for granted against Julen Lopetegui’s strong and talented squad.

“It’s difficult because we have injuries also,” he explained. “We’ve had Angelo Ogbonna out for a long time who is an Italian international and we’ve got Jarrod Bowen out for this game who has been in great form for us over the last month or two, so we’ve got injuries ourselves.

“From what I’ve seen from Sevilla I think they have got a very strong squad of players, so we’re going to have to play well, but hopefully we’ll be able to push Sevilla well.