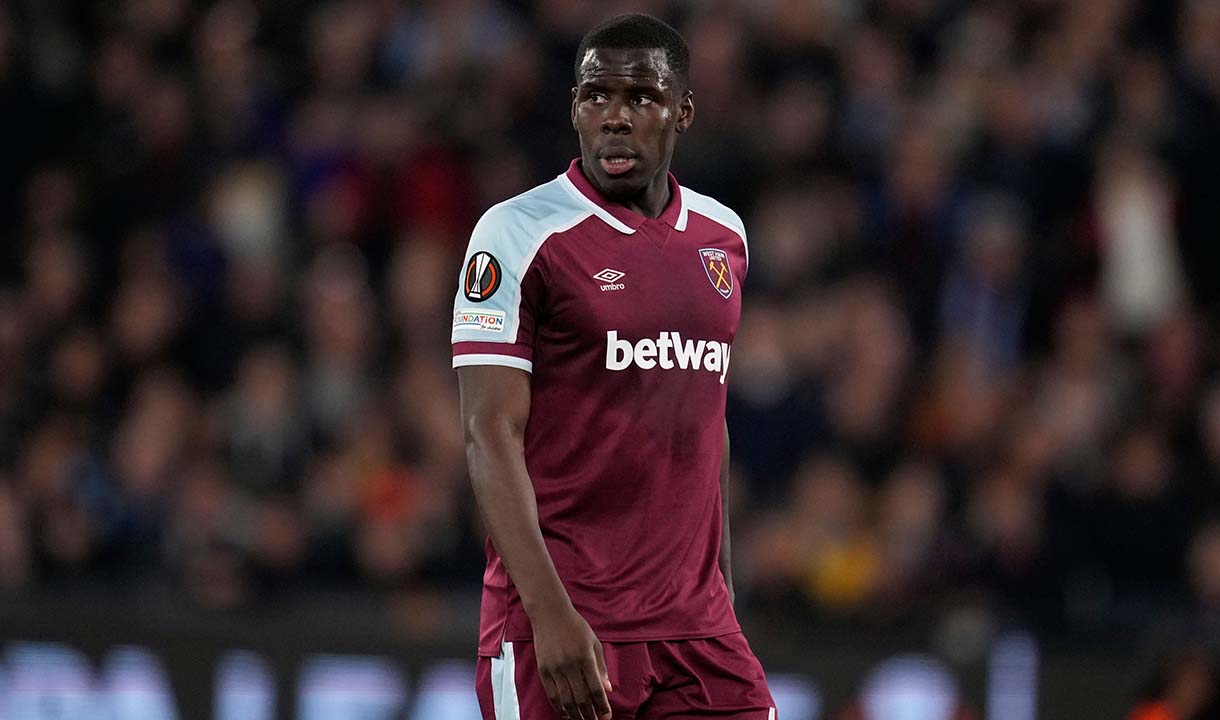 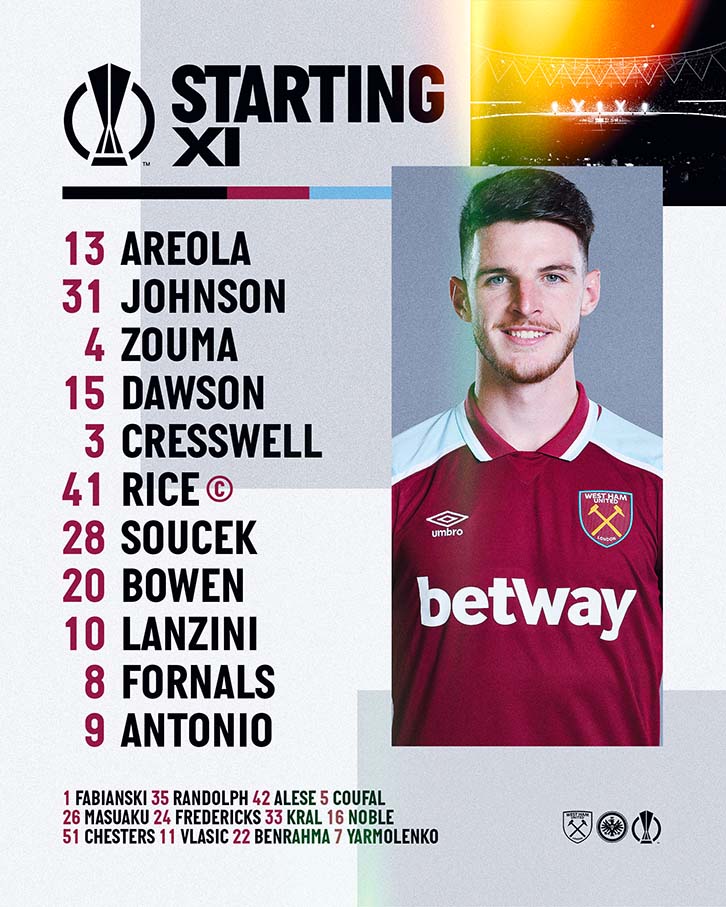 David Moyes has named his West Ham United starting XI for the UEFA Europa League semi-final first leg against Eintracht Frankfurt at London Stadium, and Kurt Zouma returns to the side.

Zouma has been out of action since coming off with an ankle injury in the Premier League match away to Brentford earlier this month, missing the quarter-final second leg away to Olympique Lyonnais and Premier League games against Burnley and Chelsea.

The Frenchman is back for West Ham’s first major European semi-final since 1976, when the Irons overcame the same German opposition, returning to a team that features six changes from the clash with Chelsea at Stamford Bridge on Sunday.

Alphonse Areola steps into goal once again in Europe, having kept a clean-sheet in his last outing – the iconic 3-0 quarter-final win away in Lyon. The Frenchman has kept eight clean-sheets in all competitions this season.

Ben Johnson returns to the full-back position and is joined by Aaron Cresswell on the opposite flank, with the experienced defender returning after missing the Lyon away leg through suspension.

The returning Zouma is joined by Craig Dawson, who scored the crucial first goal in Lyon.

Declan Rice captains the side for the 35th time this season on his return to the starting XI this evening. The England international partners Tomáš Souček in the middle of the park.

Manuel Lanzini is also back in the starting XI for appearance number 198 as a Hammer, while Jarrod Bowen also returns to the side for his 99th outing in Claret and Blue. The forward has been involved in 26 goals in all competition this season, netting 15 and providing eleven assists.

Fornals makes his 49th appearance of the campaign this evening, the most of any West Ham player, while Michail Antonio completes the starting XI. The No9 has ten goals and ten assists this season.

Manager Moyes has 12 options from the bench to choose from, should he decide to, with two goalkeepers available in Łukasz Fabiański and Darren Randolph.

Vladimír Coufal, Ryan Fredericks and Arthur Masuaku are also among the substitutes, as is U23s captain Aji Alese.