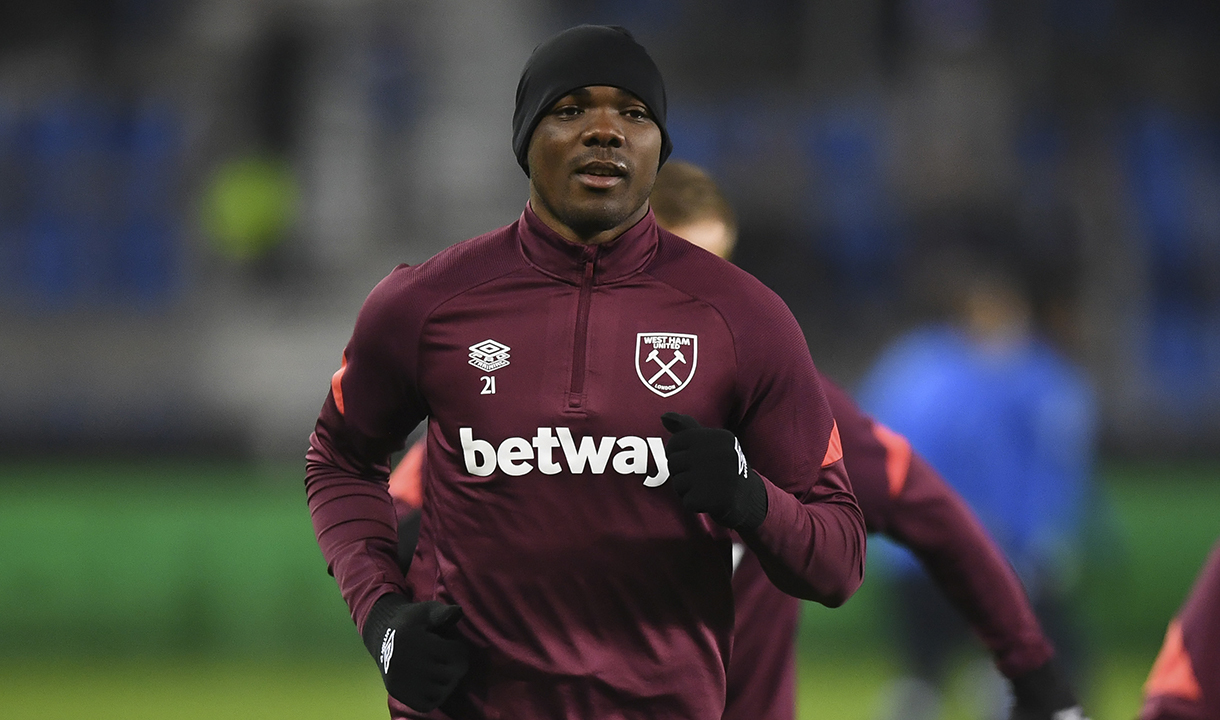 David Moyes expects Angelo Ogbonna to undergo surgery in the coming days after the defender sustained an anterior cruciate ligament injury in the Premier League victory against Liverpool two weeks ago.

The 33-year-old departed the field of play after 22 minutes of the 3-2 win over the Reds at London Stadium prior to the international break.

A scan two days later revealed damage to Ogbonna’s right knee, and the Italy defender is expected to be a long-term absentee for Moyes’ West Ham United team as he undergoes a period of recovery.

Speaking at his press conference prior to Saturday’s trip to Wolverhampton Wanderers, the manager clarified the status of Ogbonna’s injury.

“He is going to have surgery,” Moyes confirmed. “We think surgery will take place over the next couple of days, and that’s really sad because he’s done a great job for us.

“He’s a great boy and a great team player. He’s someone we love having around, and more importantly his performances have been excellent for us. It’s a real sad moment for him and also for us.

“I think most people who know much about injuries, and listening to what the doctors say… cruciate injuries can take around about nine months. You only need to look at Virgil van Dijk, and people of that ilk, and how long it takes to recover.

Saturday’s fixture is the Irons’ first since the November international break, during which twelve senior West Ham United players were called up by their respective nations.

I’m pleased he [Michail Antonio] has been away and got his goals, but I’m even happier to have him back and hopefully ready to go

Moyes was pleased to see many of them return from successful spells representing their countries, with assessment ongoing ahead of Saturday's match at Molineux.

“At the moment, everybody looks okay,” the manager confirmed.

“We’re obviously still assessing people who’ve returned, because of the late return that most of them had yesterday. It’s not been that easy to get everybody back together, but I’m sure it’s the same for every other club as well.”

One player who enjoyed particular success abroad with their country was forward Michail Antonio, who scored two fine goals for Jamaica – an excellent solo goal against El Salvador, and a long-range rocket against the United States – to boost his nation’s prospects in CONCACAF World Cup qualifiers.

The Hammers’ No9 later confirmed on social media that West Ham United Joint-Chairman David Sullivan chartered a private jet to fly the forward back from Jamaica as soon as possible and bolster his preparation ahead of Saturday’s game.

Moyes added: “I’m glad to get Mick back as he’s really important to us, so the quicker we get him back, the better.

“I’m sure a lot of people have had to try and get players back for games at other clubs. We felt it was worth trying to get Mick back a little quicker if we could, because it was a really late return for him.

“I’m pleased he’s been away and got his goals, but I’m even happier to have him back and hopefully ready to go.”