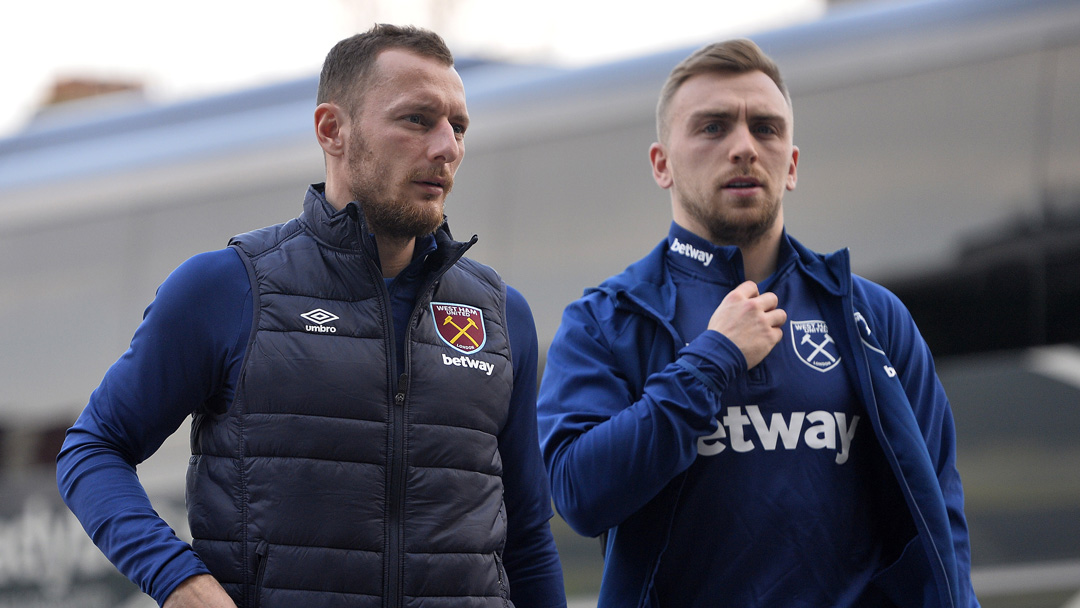 The forward is back in action after missing two Premier League matches and both legs of the UEFA Europa League round of 16 victory over Sevilla with a heel injury suffered at Liverpool on 5 March.

Bowen’s return will add firepower to a West Ham team which has scored in every one of its 15 home Premier League matches this season, but has netted more than once in just one of the previous five top-flight games.

The 25-year-old has eight goals and eight assists in 28 Premier League appearances this season, with his 16 direct goal involvements ranking him behind only Liverpool’s Mohamed Salah (30) and Tottenham Hotspur pair Son Hueng-min (18) and Harry Kane (17).

Son scored and Kane grabbed two assists against West Ham in our most-recent Premier League fixture, a 3-1 defeat in north London, and Bowen replaces the absent Manuel Lanzini in one of three changes made by David Moyes from that game.

Lanzini was involved in a car accident near to the Club’s Rush Green training ground while making his return from international duty on Thursday and has suffered bruising to his hip and leg.

Another switch comes at right-back, where Ryan Fredericks comes in for his second Premier League start of the season in place of the absent Ben Johnson.

Speaking of right-backs, Vladimír Coufal is back in the matchday squad following a seven-match absence. The Czech Republic international underwent a hernia operation in late February. 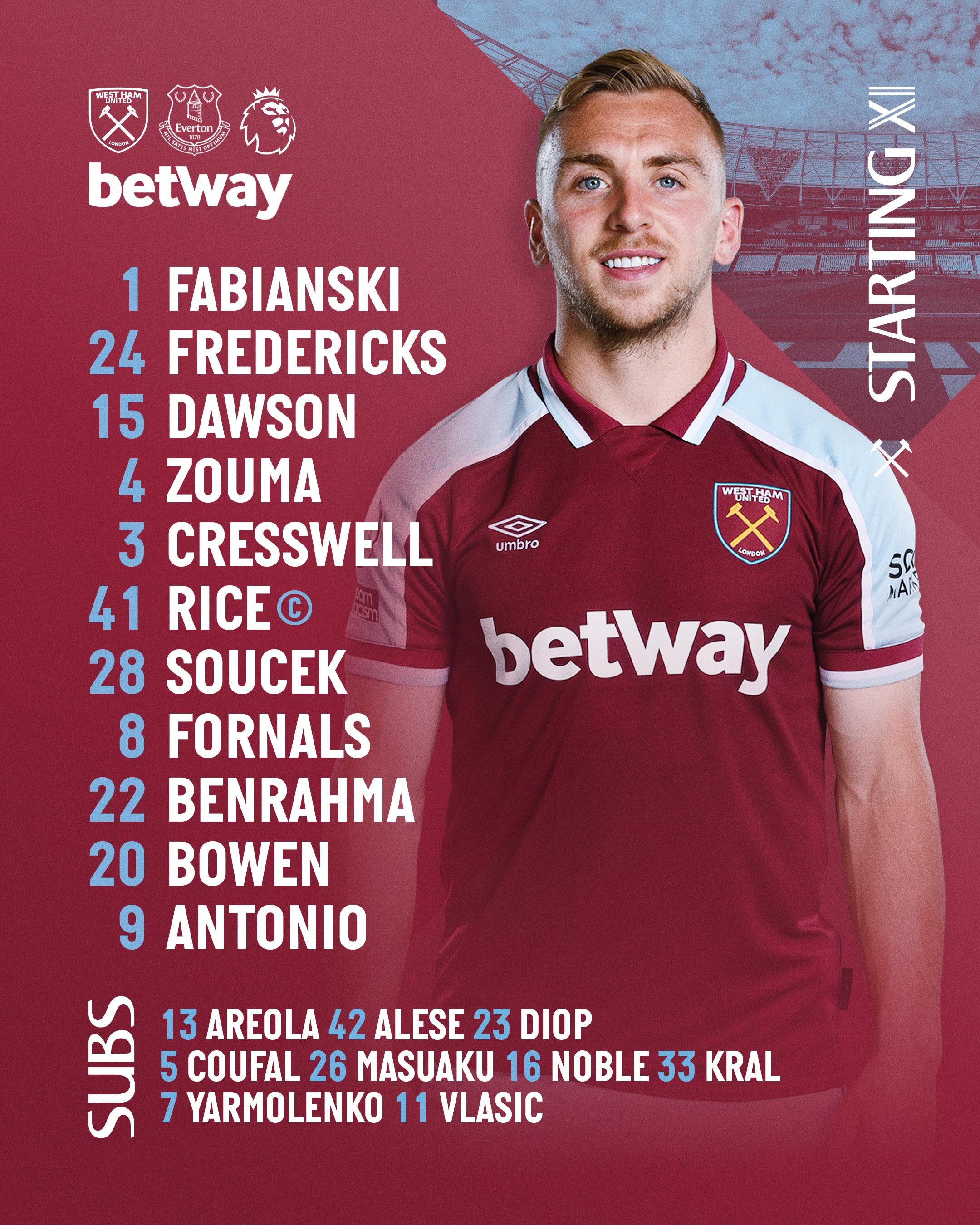 And the third of Moyes’ three changes sees Pablo Fornals return to the starting XI in place of Arthur Masuaku.

Like Bowen, the Spain international is also enjoying a productive Premier League campaign, with six goals and two assists to his name, including a goal in our 2-1 win over Aston Villa in our most-recent home Premier League fixture on 13 March.

Łukasz Fabiański starts in goal behind a back four of Fredericks, Craig Dawson, Kurt Zouma and Aaron Cresswell.

Declan Rice captains the side and partners Tomáš Souček in central midfield, with Bowen, Fornals and Saïd Benrahma, who scored in the aforementioned defeat at Tottenham a fortnight ago, supporting Michail Antonio in attack.

Frank Lampard's Everton were forced into a late change, with Donny van de Beek's injury in the warm-up seeing him replaced by Mason Holgate.