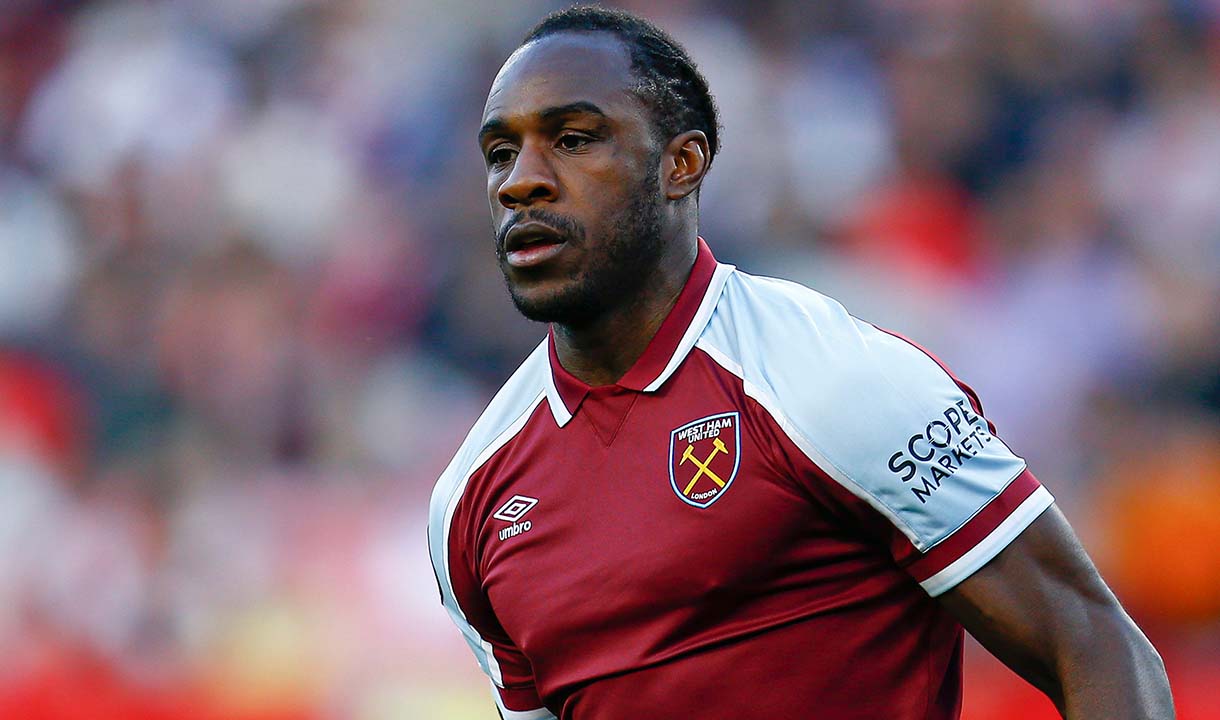 Michail Antonio and Aaron Cresswell have been named in the West Ham United starting XI for Thursday’s UEFA Europa League round of 16 second leg match with Sevilla.

Antonio and Cresswell had both been forced from the pitch in the Hammers' last fixture, the 2-1 Premier League win over Aston Villa on Sunday, with respective knocks, but both have been deemed fit and start against the La Liga side.

Antonio will lead the line, having scored ten goals in all competitions this season and netted in the 2-0 win away at Dinamo Zagreb in the group stage.

Cresswell is also fit and takes up his place in defence, having featured in 29 matches in all competitions this campaign, providing seven assists and one goal.

It means the Hammers will open their historic Europa League fixture with ten of the players that started the Premier League contest against Aston Villa at the weekend. 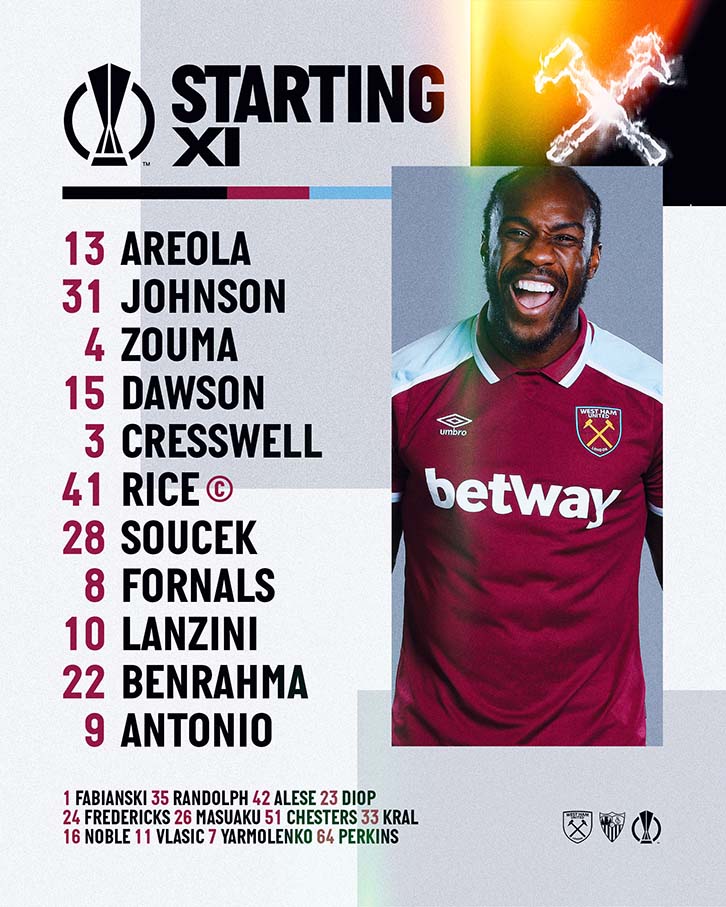 The only exception is in goal where Alphonse Areola continues his run as West Ham’s Europa League goalkeeper, while Łukasz Fabiański drops to the bench.

Cresswell is joined by Ben Johnson, Craig Dawson and Kurt Zouma in defence, while captain Declan Rice and Tomáš Souček once again feature.

Manager David Moyes will once again have a combination of experience and youth available from the bench. Club captain Mark Noble and Andriy Yarmolenko – who scored a vital opening goal on his return to action against Aston Villa on Sunday – are joined by goalkeepers Fabiański and Darren Randolph among the substitutes.

Thursday’s game at London Stadium will see the team cheered on by a record home support in the Club’s 127-year history, with around 59,000 Hammers fans in attendance in the capacity crowd.