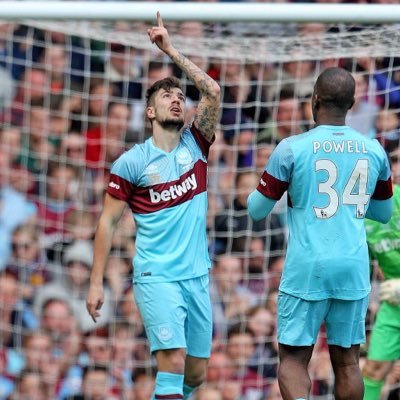 The brother of late Hammers Academy star Dylan Tombides is running across the capital in July to raise funds for DT38 Foundation.

Taylor Tombides is taking on the Asics London 10k on July 10th as part of a team including his West Ham United coaching colleagues Luke Smith, Sam Lyall and Stuart Fergus.

DT38 was launched in partnership with West Ham United seven years ago to raise awareness of the risks of testicular cancer, which took the life of Dylan in 2014 at the age of just 20.

The charity shares important information about the disease – which is the most common form of cancer amongst young men globally – and visits schools to educate young people about Dylan’s story and the importance of wellbeing.

It also runs the Check 1-Two Campaign which encourages men and boys to check their testicles for any signs of the disease on the first day of every month.

Taylor is himself a former member of the West Ham United Academy and in 2016 he scored a memorable goal in the Mark Noble Testimonial Match at the Boleyn Ground.

“I will never forget that special moment on a very special day for Mark Noble,” he said.

“My first instinct after scoring was obviously to pay tribute to my brother who would have been there that day had it not been for testicular cancer.”

The moment was captured in a powerful photograph which is now a cherished part of the family album.

“My family, so many amazing supporters and West Ham United continue to do everything we can to raise awareness of testicular cancer through DT38 to help save men and boys lives," Taylor continued.

“But obviously as a charity we rely on fundraising events and donations to do all of our work, and the London 10k in July is our latest event.

“I’d be so grateful of any support people can give, however big or small. It’ll make such a difference when I’m making my way around the course, but more importantly, to many people’s lives.”

You can support DT38 by sponsoring Taylor and the team on their Asics London 10k challenge here: https://www.justgiving.com/fundraising/westhamcoaches

For more information about the charity visit dt38.co.uk