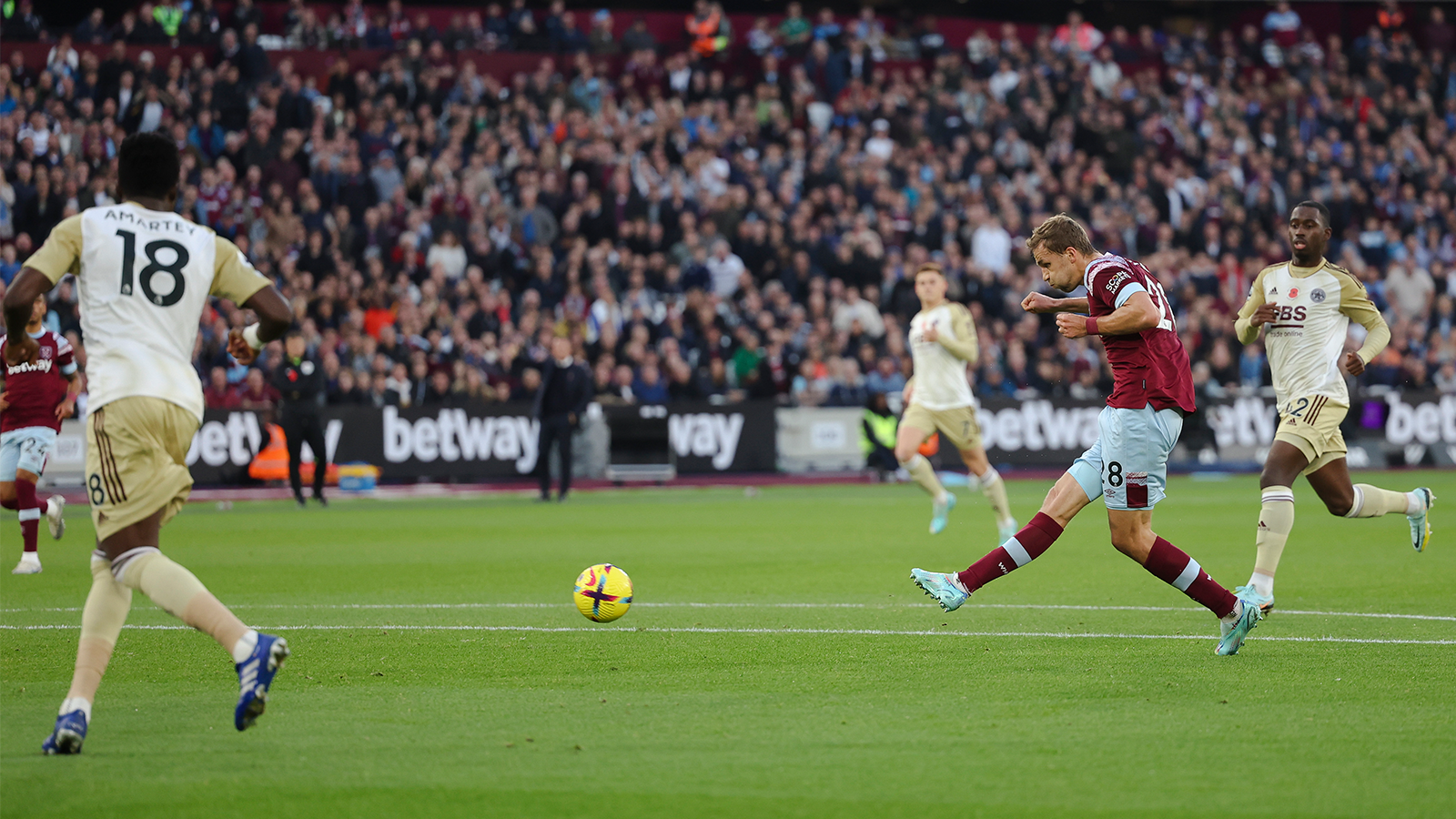 Souček: We gave everything against Leicester City

Tomáš Souček knows West Ham United have the spirit to turn their Premier League campaign around after the 2022 FIFA World Cup finals.

When Harvey Barnes netted Leicester City’s second 12 minutes from time on Saturday, the Hammers saw a 2-0 scoreline that did little to reflect the Club’s showing at London Stadium.

James Maddison had earlier struck the opening goal as the Irons fell to a defeat, despite a first-half penalty save from Łukasz Fabiański and plenty of chances to net an equaliser either side of the break.

“We did not play well against Crystal Palace but our efforts against Leicester City – I think we gave everything – and [should have got us something],” Souček said. “But we can’t be happy because football is about the points.”

The Hammers though have fought through worse situations before.

When the Czech Republic skipper arrived in east London, West Ham were battling relegation. But the No28 quickly adapted to the Premier League and helped his side to survive the drop.

He then led the European charge in his first and second full seasons in east London.

“Now, it is a difficult time for us,” he added, honestly. “But our spirit is great. We have a squad of great guys and I believe that we can turn it around.

“I think the break [for the World Cup] can be good for us. When I arrived at West Ham United, we had to deal with Covid. There was a break - where we did a small pre-season - and from that time, we saw our best years here.

“I hope that all of us will think about [the break] this way and we will be much better in the Christmas period. We can turn it around again, as we are not even half of the way through the season.”