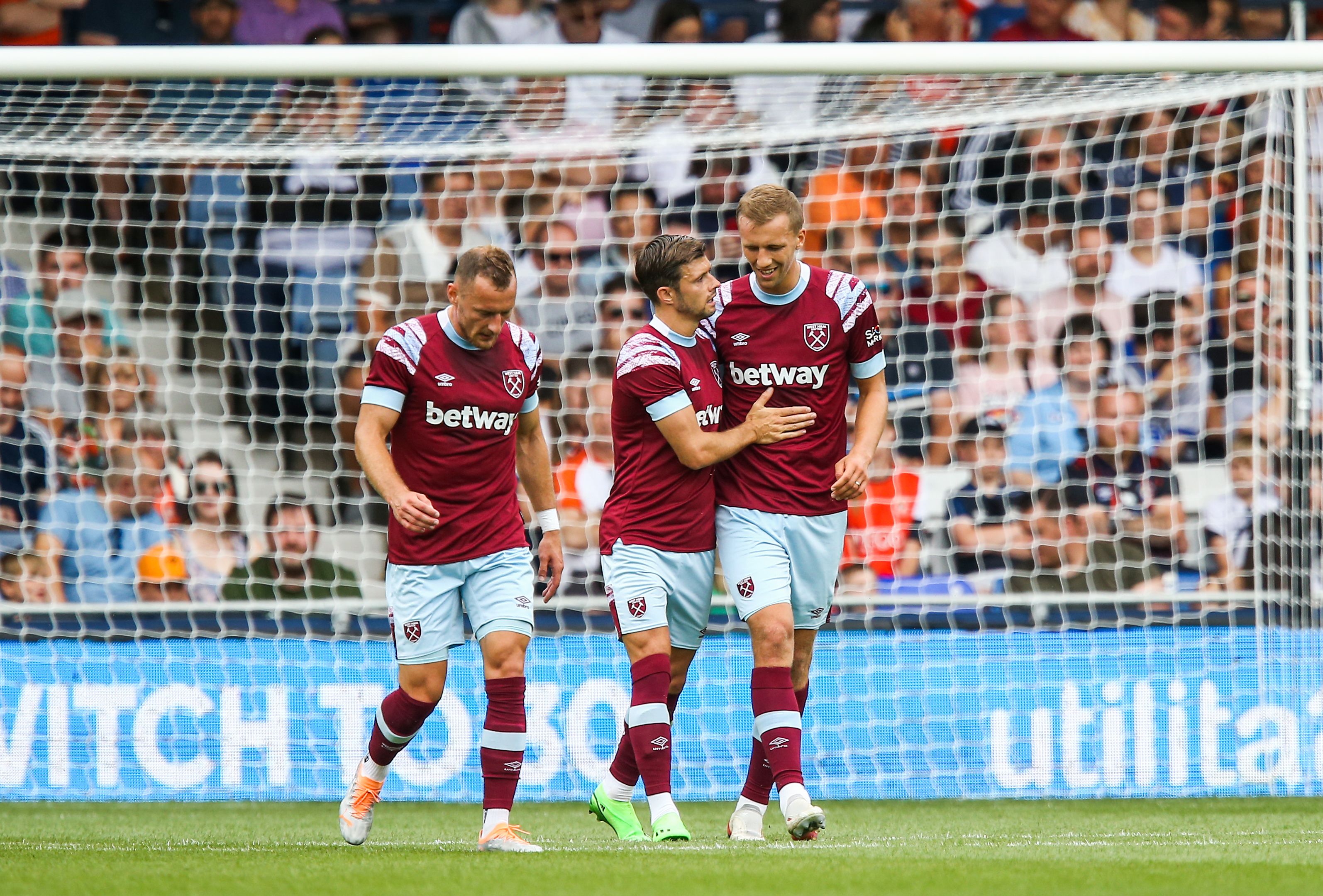 Tomáš Souček scored his second goal in as many pre-season matches as West Ham United drew 1-1 at Luton Town on Saturday.

The Czech Republic midfielder powered into the box to head an Aaron Cresswell cross beyond home goalkeeper Ethan Horvath.

The Hammers went close to adding a second through Nikola Vlašić and Michail Antonio after the break, and one goal looked to be enough for victory, only for Sonny Bradley to finish from a corner in second half stoppage time.

Luton started confidently, with Luke Berry and Jordan Clark buzzing around midfield, and the height of Bradley a potent threat from set plays.

The visitors did a good job of protecting Alphonese Areola early on though, and grew into the game as the first half progressed, with Saïd Benrahma testing the sturdiness of the Luton wall with a 22nd minute free-kick.

Five minutes later there was little the home side could do to prevent the opening goal, as Declan Rice picked up a clearance in midfield and shuffled the ball left for Cresswell, advancing quickly from centre-back.

The No3’s ball in was a peach, and Souček did the rest, attacking the cross with venom to head into the top right-hand corner.

Antonio and Vlašić were introduced at the break and the pair were involved immediately, as the No9 carried the ball forwards and held off his man before nudging left for Vlašić.

The Croatian drilled low and hard towards the far post, only for home Horvath to get down sharply to touch his effort away.

Then, with 55 minutes played, Horvath came to his team’s rescue again, diving to his left to deny Antonio after he had taken advantage of a ricochet in the Luton defence to dart through on goal.

At the other end Allan Campbell dragged an effort a couple of feet wide of the left hand post after being teed up on the edge of the box as Luton reminded their hosts they were still in the contest.

West Ham appeared to be in control, but were denied victory at the death as a corner came in from the right and dropped kindly for Bradley to nudge home at the far post.