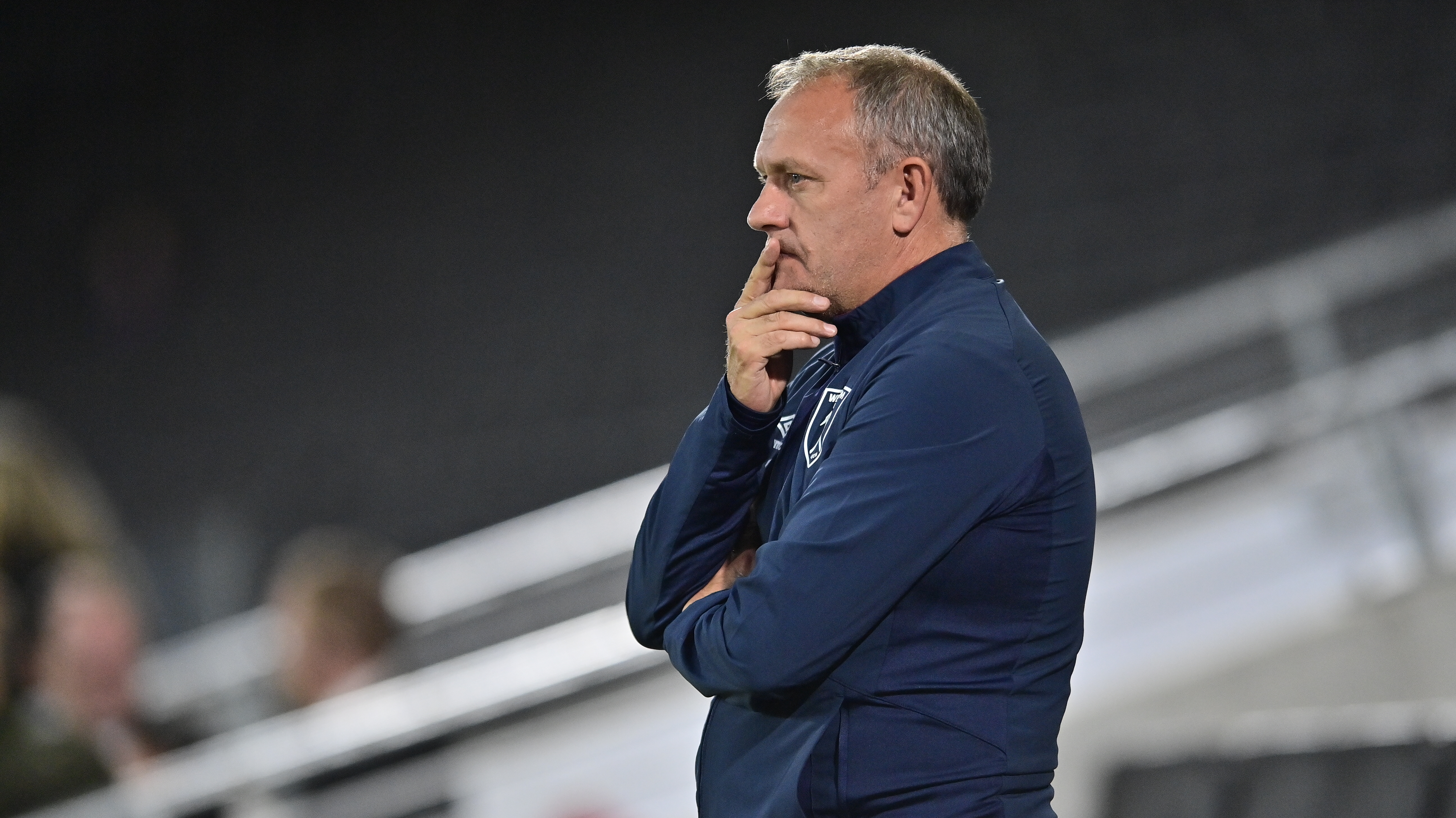 Robson: We deserved so much more from the game

The young Hammers battled well to reach the 60-minute mark with the game goalless against League One opposition, although a late second-half brace from MK Dons substitute Matthew Dennis saw the hosts take the victory in Buckinghamshire.

It was a result that did little to justify the showing from West Ham, who might have taken the lead had Callum Marshall not seen his first-half shot saved and MK Dons defender Warren O'Hora been sent-off instead of booked for what looked to be a last-man foul on the Northern Irish striker.

Robson remained positive about the performance and was proud of his players' showing against EFL opposition managed by Liam Manning, who coached West Ham's development team himself between 2015-19.

Defeat leaves the Irons third in Group K with a trip to leaders Cheltenham Town to come on Tuesday 18 October. A win there could see West Ham through to the knockout stages.

To come away with when nothing is a little bit disappointing, but in terms of performance I am really proud.

I thought we were really good. The boys attacked the game. We knew we were playing against a good football team. But I've got to say at times, we looked just as good - if not better. We deserved so much more from the game, we created some good chances.

At the weekend, when we played [Crystal] Palace, we didn't we didn't quite get going. But tonight, I have to say it was probably the best performance we've had this season. The one against Walsall was very good, but this was up there.

I'm really disappointed with the referee's decision; it should have been a sending-off.

And really disappointing, because, you know, they go down to ten. And at that time, we were in control. That’s the plus for me is being in control of the game.

We took maybe ten minutes to adapt to how quick the game was, to how quickly they get pressed at this level.

Like I said, at times I thought we opened them up comfortably and but for maybe a little bit a lack of concentration when we got into really good areas, we could have maybe hurt them more than we did.

This group is still learning; this is a major game for them, playing against league opposition.

But I’m just really proud of the performance and for them, I think they can take confidence from this performance. We need to take this into our league because if we play like that we'd be at the top of the league.