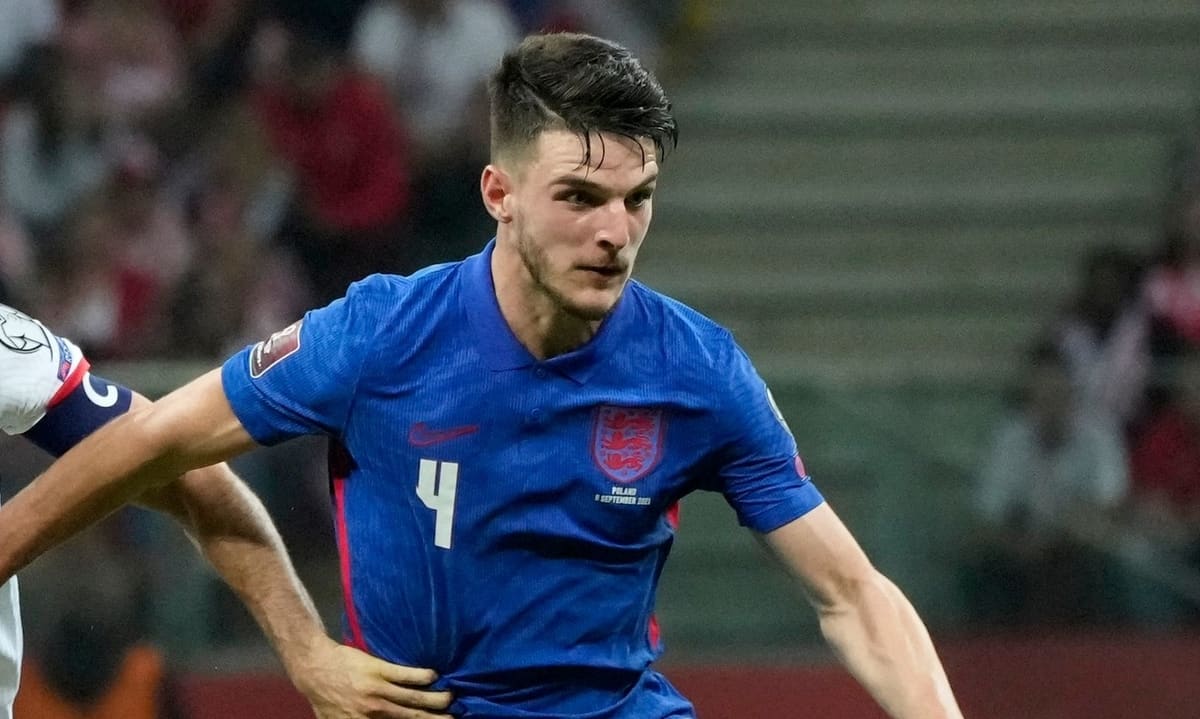 Declan Rice came off the bench as England fought back from a goal down to defeat Switzerland 2-1 in a Wembley friendly on Saturday,

The West Ham United midfielder earned his 28th cap for the Three Lions as they stepped up their preparations for this winter's World Cup with victory over the Swiss.

Gareth Southgate's men had to come from behind after Breel Embolo headed the visitors into a first half lead.

Luke Shaw levelled on the stroke of half time with a crisp finish, before Rice entered the fray on the hour.

With 12 minutes remaining, England were awarded a penalty for handball against Steven Zuber, and Harry Kane made no mistake to seal victory,

England return to action on Tuesday when they host Ivory Coast in another friendly match.