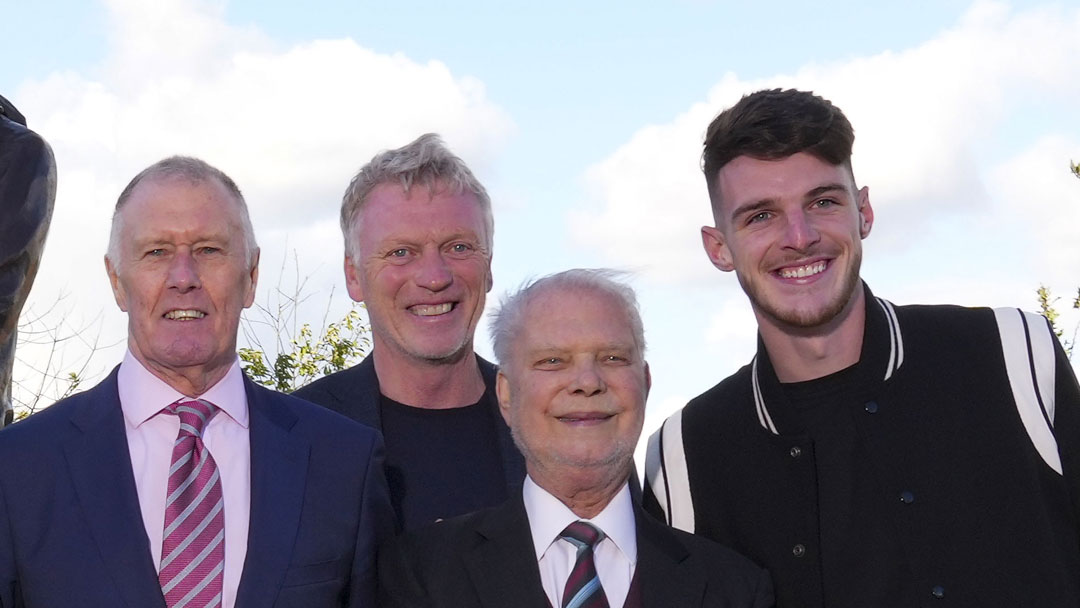 A true east Londoner and lifelong fan who fulfilled his dream of owning the Club he loves, David Gold passed away peacefully on Wednesday, surrounded by his close family, at the age of 86.

As a youngster, he spent three years playing as a winger for the Hammers’ junior teams and was offered an apprenticeship. After pursuing a successful career in business, he and business partner David Sullivan took ownership of West Ham United in 2010 and helped steer the Club to three top-seven Premier League finishes and a European semi-final on the pitch and financial stability off it.

Football was always David Gold’s first love, and he enjoyed nothing more than spending time with players and coaches, talking about the game and the Club he wanted the best for throughout his long and influential life.

His final visit to the training ground was in May 2022, when he took part in the ceremony to open the Mark Noble Arena, a floodlit outdoor all-weather pitch for schoolboy players to develop their talent.

Among the players David Gold spent time with and watched develop from Academy of Football prospect to established first-team player to international star was Rice, who the late Joint-Chairman was a huge admirer of and backed to become a future England captain.

“On behalf of all of the players, I would like to express our sincere condolences and sympathies following the sad loss of our Joint-Chairman, David Gold,” said the 24-year-old, who led a West Ham team wearing black armbands in Wednesday’s 2-2 Premier League draw at Leeds United, where tributes were paid by both teams and supporters of both clubs.

“Mr Gold was a lovely man, who cared passionately about West Ham United and loved football. Although he was a Chairman, he was also a lifelong fan and simply wanted the very best for the Club.

“He was a regular visitor to the training grounds, both at Chadwell Heath and Rush Green, and always had time for a chat, with the players and the staff. You could tell he was genuinely interested in how we were doing and cared for everyone at the Club.

“We send our love to Mr Gold’s family and are all thinking of them at this very sad time.”

The thoughts and sincere condolences of everyone at West Ham United are with David Gold’s two daughters Jacqueline and Vanessa, his fiancée Lesley and all of his family and friends at this extremely sad time.

A full tribute to our beloved Joint-Chairman will take place in due course.