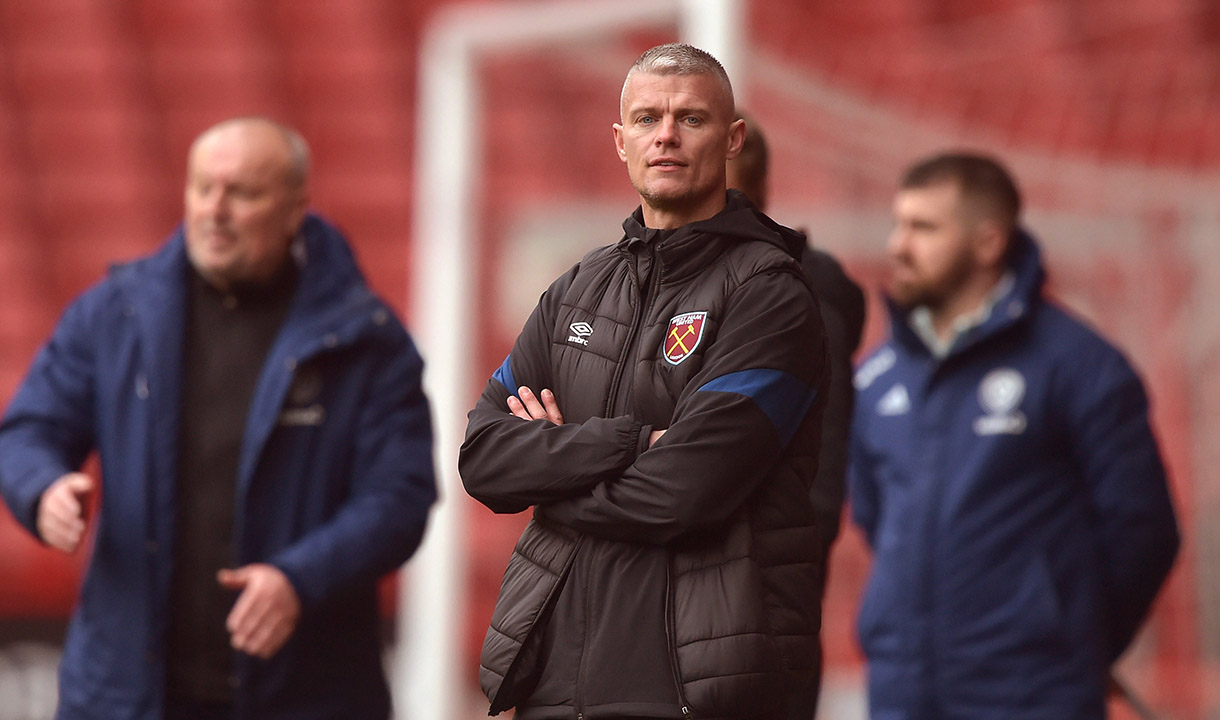 Paul Konchesky: The team has been fantastic throughout the whole weekend

Paul Konchesky was pleased that West Ham United Women were able to advance into the next round of the Vitality Women’s FA Cup after a 4-1 victory over Sheffield United on Sunday afternoon.

A brace from Claudia Walker and goals from Mel Filis and Dagný Brynjarsdóttir secured the victory at Bramall Lane in what was a tough content for the Hammers against the FA Championship outfit.

"We knew it was going to be tough out there today, Konchesky told whufc.com. “It was exactly as you’d expected from a team from the lower division. Sheffield United gave us some problems out there, but I think we dealt with them once we got to half-time and changed some things around.”

“In the second half I thought we were much better, and I’m pleased that we were able to control the game and get through to the next round.

“I think the girls were fantastic in terms of taking on the information that was given by the staff at half-time. The second half showed that we have some really good players in this group.”

Konchesky was leading the side after Olli Harder was forced to isolate after reporting a positive Covid-19 test in the lead up to the weekend. And the former West Ham United left-back was pleased with how the team didn’t let the managers absence affect them.

“it was early morning Friday that we found out that Olli had tested positive, so we didn’t really have long to prepare. But nothing changed; we knew what we're doing and the girls took everything on board and have been fantastic throughout the whole weekend.

“I think that proved today because like I say that could have been a different storyline at the end of the day, but we're in the next round of the hat and hopefully we can get a good draw.”

I’m really pleased for Claudia today, but she's still disappointed! She wanted to get a hattrick and you could see it on the pitch, she was desperate for it

The 40-year-old was also delighted for Walker, who notched her fifth and sixth of the campaign against the Blades.

“I’m really pleased for Claudia today, but she's still disappointed! She wanted to get a hattrick and you could see it on the pitch, she was desperate for it.

“She’s on six goals for the season now, so I’m sure that will give her confidence going into the next couple of matches before the international break.”

Halle Houssein also made her first start of her professional career, whilst Brooke Cairns also appeared in the final ten minutes as young players were given more valuable minutes.

“I thought Halle was fantastic. I think she's a clever little footballer that despite being 17, she can see a lot of things on the pitch that players of her age might not normally see. The whole of the midfield linked up really wel; to

“And then young Brooke coming on at the end, I thought she was fantastic as well. She ran around for 12 minutes and got a few good touches in, it was really good for her,” Konchesky concluded.