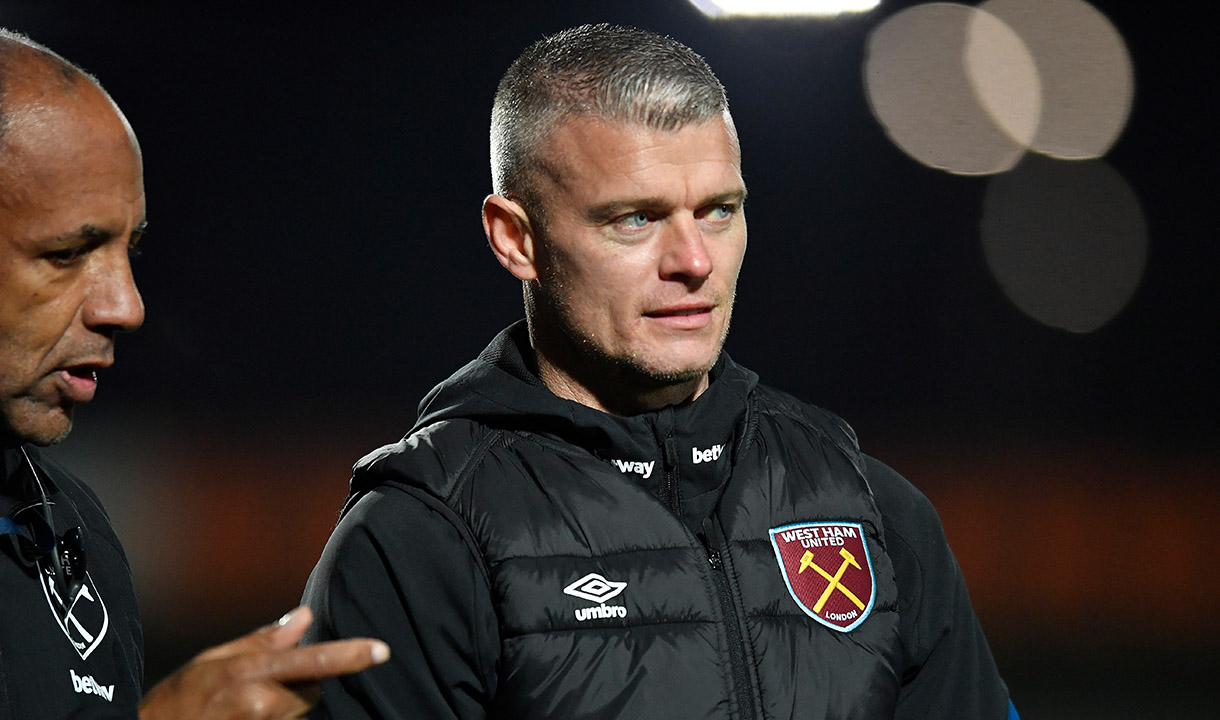 Paul Konchesky: The FA Cup is a fantastic competition

The Irons enter the competition at the fourth-round stage and will be hoping that they can achieve what the team did in its first year as a professional Club back in 2018 – where they reached the final of the competition.

Konchesky himself has played in a final for West Ham United, scoring the third goal in 2006 against Liverpool at the Millennium Stadium in Cardiff.

And the now Women’s Assistant Manager knows how tough games against teams from a lower division can be in the FA Cup.

“It's a cup final for them, so there is pressure because you when you’re expected to win. So, we know it's going to be tough; it's going to be a challenging game. It’s at Bramall Lane, so it’s a game to go out and enjoy.”

Konchesky made 37 appearances in the FA Cup throughout his career as a player and knows how important the competition is to players and supporters.

“The FA Cup is a fantastic competition. I think since I've been growing up the FA Cup has been one that you always want to watch, and as a kid you always dream of playing in these types of games.

“I was lucky enough to play in a final for this football club and it meant everything to me to get to a cup final with the team that I support, it was something that you dream of as a youngster. For this team, this is silverware that is up for grabs, and these are important games.”

Manager, Olli Harder has already said many times this season that he wants his teams to achieve good cup runs and having been knocked out of the Continental Tyres League Cup by Chelsea, the FA Cup is the next opportunity for the Hammers.

But as Konchesky explains, the team don’t want to get too far ahead of themselves, and will be taking each game as it comes.

“This football club has been to a final before, so why can’t we do it again? It is a great day out for everyone when you have the opportunity to go to Wembley, but we're taking things game by game and we want to get back to winning ways and build on that winning mentality, and it starts on Sunday at Sheffield United.

“Every game is important for us, it doesn't matter what game it is in what fixture, the next game is the most important game because it's our next game. It gives you confidence when you're winning and if then games keep coming thick and fast and we can keep winning then that breeds confidence, and that’s what we want to achieve on Sunday.”

West Ham United face Sheffield United in the Vitality Women's FA Cup on Sunday 30 January 2022. The game isn't available to watch, but we will have live Twitter updates as well as reaction on whufc.com after the full-time whistle.