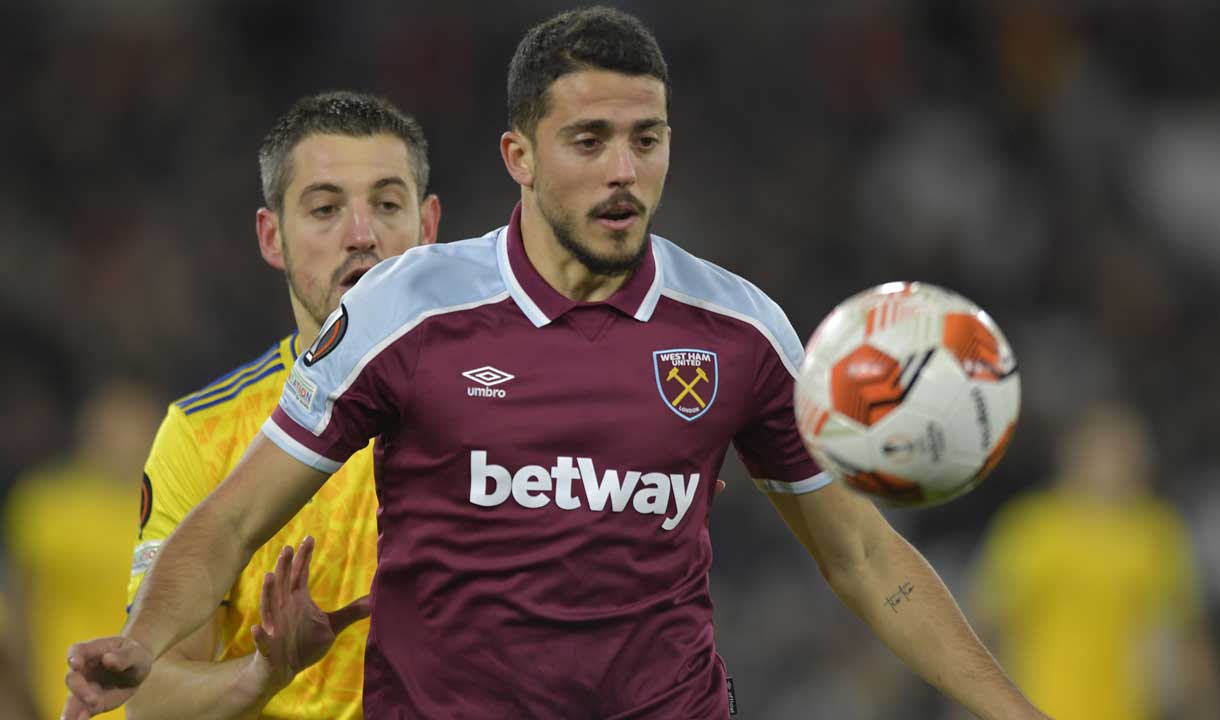 Pablo Fornals: We are excited for the UEFA Europa League draw

The Hammers will discover our next European opponents on Friday lunchtime, after an outstanding group stage campaign saw us top Group H ahead of Dinamo Zagreb, Rapid Vienna and Genk.

Our record of four wins from six games meant we advanced straight to the round of 16, avoiding the knockout round play-offs, between the teams which finished second in their Europa League groups and those who came third in the UEFA Champions League.

With these ties concluding on Thursday evening, the Hammers could come up against the likes of six-time Europa League winners Seville, Barcelona, Napoli, Lazio or Porto, among some other big names of European football - and Fornals cannot wait.

"We are there right now because we did really well in the group stages," he smiled. "We are as excited as all of the supporters and just waiting to know who we will play against."

Four of the Hammers' possible 16 opponents hail from Fornals' home nation Spain, and he would love to represent his Club on home turf - although he would prefer to avoid a trip to Seville's Ramón Sánchez Pizjuán Stadium until the season's conclusion.

And having reached the quarter-finals of this competition with Villarreal in 2018/19, he has his eyes fixed on a bigger prize this time around.

He added: "In would be unbelievable to play in Spain in the West Ham shirt.  In the case that we would have to go to Seville, I hope it will be at the end of the season because that would mean we’re playing in a final!"

For the rundown on Friday's draw, see our in-depth guide here, while remember you can secure your tickets for the home leg of our round of 16 tie from just £15 Juniors and £35 Adults by clicking here.