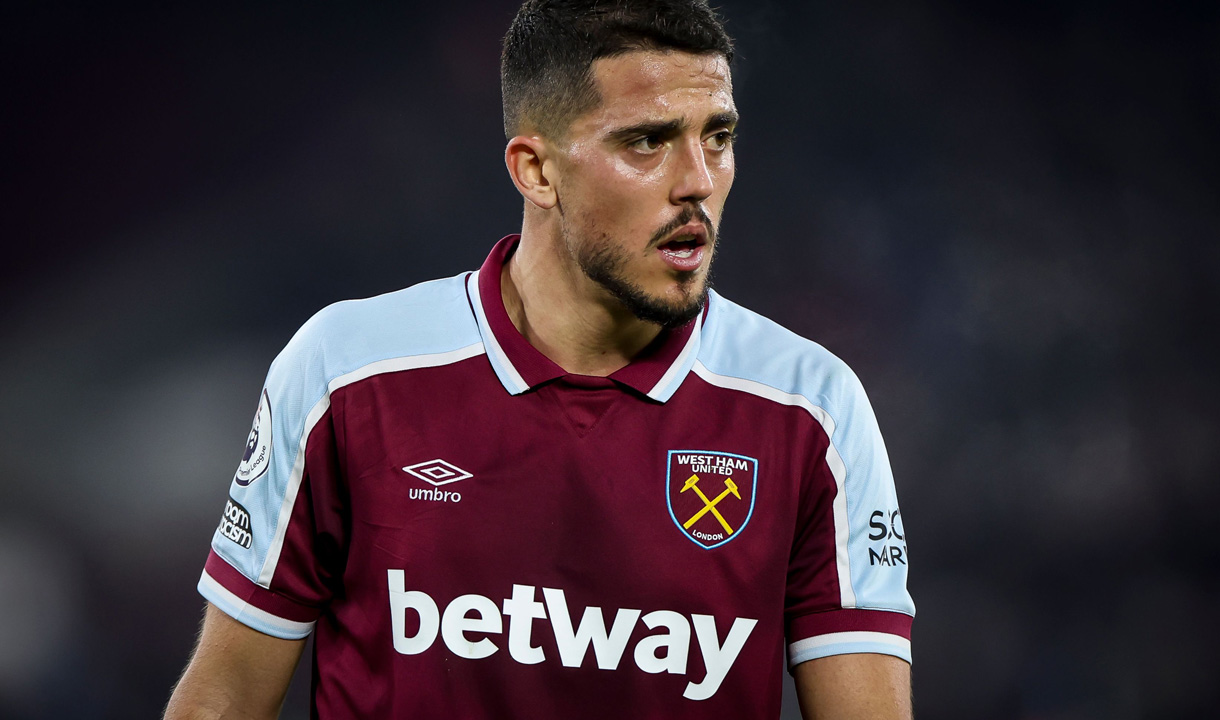 Pablo Fornals: I want to make my son proud

Pablo Fornals is looking forward to a healthy and successful future after a life-changing few months for him and his family.

West Ham United’s Spain midfielder and his fiancée Lara became parents for the first time in November, when they welcomed baby son Martín into the world.

Then, just after Christmas, the No8 tested positive for COVID, forcing him into isolation to protect his family and to miss the Hammers’ Premier League victories at Watford and Crystal Palace.

Fornals returned to the pitch as a substitute in the Emirates FA Cup third-round win over Leeds United last weekend, before producing one of his best performances of the season in the midweek Premier League victory over Norwich City.

Now, the 25-year-old is hoping to put his COVID issues behind him, reclaim his place in the starting XI on a regular basis and make Martín proud.

Pablo, you have recently recovered from COVID, so how are you feeling?

“To be fair, the only thing I had was double red lines on the test. I didn’t feel anything, so I trained in my room like normal on the bike. I didn’t have any symptoms, any cold, nothing. I didn’t understand it, but if the test said I was infected, the only thing I wanted was not to be a problem for my teammates or my family.”

It must have been hard, having to self-isolate from your family?

“It was hard to stay in my room with the door closed, but I didn’t want to be a problem.”

How has becoming a father for the first time changed you?

“I think this thing changed me as a person, as a player, everything. Obviously, you have a new thing to fight for and to be a good example to, so you always have to try to give your best face because your baby is going to learn from you, so I’m trying to be as good as I can in all the aspects of my life.

“That is because I have to adapt to this new thing for our life and now I’m feeling really well, better than before because I have another thing to fight for.

“I’m a guy who loves his missus and I want to make things easier for her as well.”

The fans have very much taken you to their hearts and have given you their own song – and just where is the best place in London to get paella?!

“I couldn’t believe it when I heard it for the first time and I’m really happy. It’s not easy to arrive in a new country at a new team and my first year here wasn’t as good as how I am playing and how everything is right now, so having this chant and having this friendship with the fans is massive for me. I’m honestly really happy!

“There are a few places with really good paella. There is one in Oxford Street with a Spanish chef which is really good, and there is also a new company around Essex who will bring you paella at home! They’re really, really good as well!”

Let’s talk about football! Can you see Jarrod Bowen following your footsteps and receiving international recognition for his form for West Ham?

“Honestly, I’ve been talking about Jarrod about this situation. I think he deserved this a long time ago and not just not because he’s scoring twice or assisting twice in a game. He deserved it since the start of the season.

“He’s been massive for us for the whole season, not just right now. Last season he played really well as well.

“Obviously I’m not the England coach but I think at least he deserves a chance to wear the Three Lions and play for his country.”

Is there a feeling you can maintain your momentum and challenge for a top-four finish?

“I don’t know. It’s really soon to talk about where we’re going to finish, but the most important thing is that it doesn’t matter which players are on the pitch.

“I was out for ten days, Tomáš [Souček] was out, Cress (Aaron Cresswell) has been out, Kurt [Zouma] and Angelo [Ogbonna] have been out, so we’ve had many players affected by injuries or COVID, but the guys who came in have been doing brilliantly.

“This is really important for the team and it doesn’t matter who’s on the pitch because everyone is working hard to keep winning games and this is the way to stay as high as we’re going to climb this season.”