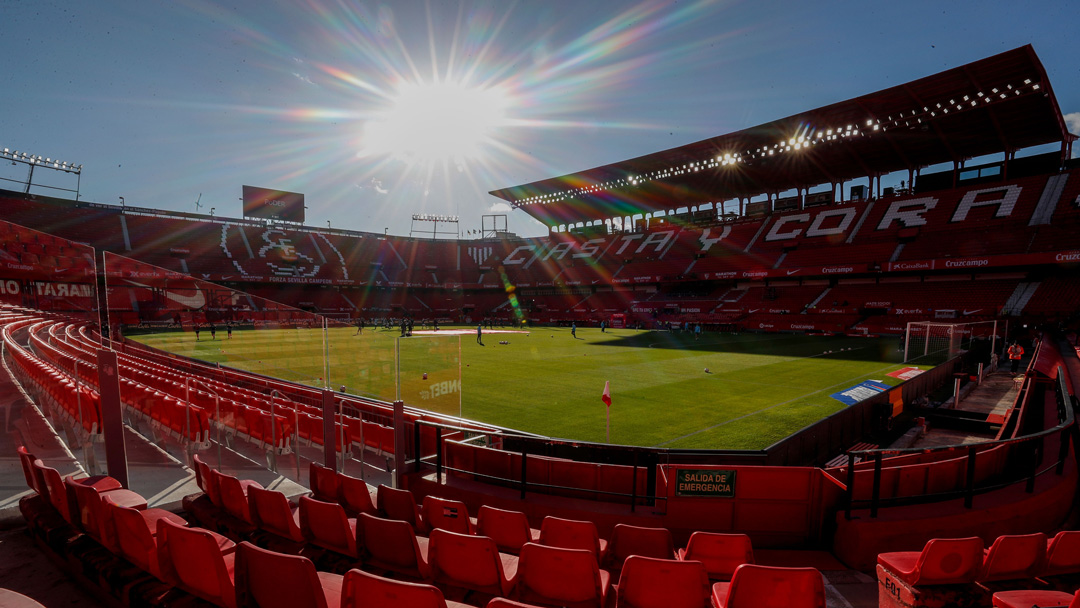 Over Land and Sea to... Sevilla FC

Sevilla have won the Europa League on six occasions since 2006, most recently defeating Inter Milan 3-2 in the final in 2020.

West Ham have never gone this far in the Europa League or its predecessor, the UEFA Cup, but of course we did win the European Cup Winners’ Cup in 1965, defeating Spanish side Zaragoza in the semi-finals before overcoming West Germans 1860 Munich 2-0 in the final at Wembley.

The vast majority of supporters planning to travel to Seville have already booked flights, either direct to the Spanish city or nearby Málaga, Jerez, Granada, Almeria or even Faro, situated a two-hour drive away over the border in Portugal.

Direct flights are still available but due to the high demand, you can expect to pay well above the regular prices to get to and from Seville from London.

As always, the Club advises only fans with match tickets to travel to Spain.

Once in Seville, the Ramón Sánchez Pizjuán Stadium is situated within walking distance of the city centre and main railway station.

Alternatively, you can take the metro, with the Nervión and Gran Plaza stations situated closest to the ground.

As with the flights, hotel rooms have been booked up well in advance by the Claret and Blue Army.

However, Seville is a large city with a population of nearly 700,000 people, so accommodation should still be easy enough to come by for those fans who have yet to find a bed for the night.

A quick look on a well-known booking website shows rooms are still available at four-star hotels in the city for less than £100 on Wednesday and Thursday nights.

As the capital and largest city in the Spanish autonomous community of Andalusia, and Spain’s fourth-largest city, Seville has a history dating back to the year 711, when it was founded as the Roman city of Hispalis.

There are numerous attractions for visitors who want to immerse themselves in this history.

The ‘must see’ is the Alcázar of Seville, a royal palace built for the Christian king Peter of Castile in the 14th century and has been a UNESCO World Heritage Site since 1987, along with the adjoining Seville Cathedral and General Archive of the Indies.

The Plaza de España (Spain Square) was built in 1928 for the Ibero-American Exposition of 1929 and is showcases the Baroque Revival, Renaissance Revival and Moorish Revival styles of Spanish architecture.

If you fancy a walk, the beautiful Parque de María Luisa is worth a visit as Seville’s most-popular green space.

There are numerous other attractions to visit if you have time. For more information, click here.

Sevilla have made their home a fortress this season, though, winning ten of their 13 home games in La Liga, while drawing the other three!

The only visiting team to win in Seville this season was Lille, who scored a 2-1 victory in UEFA Champions League Group G last November.