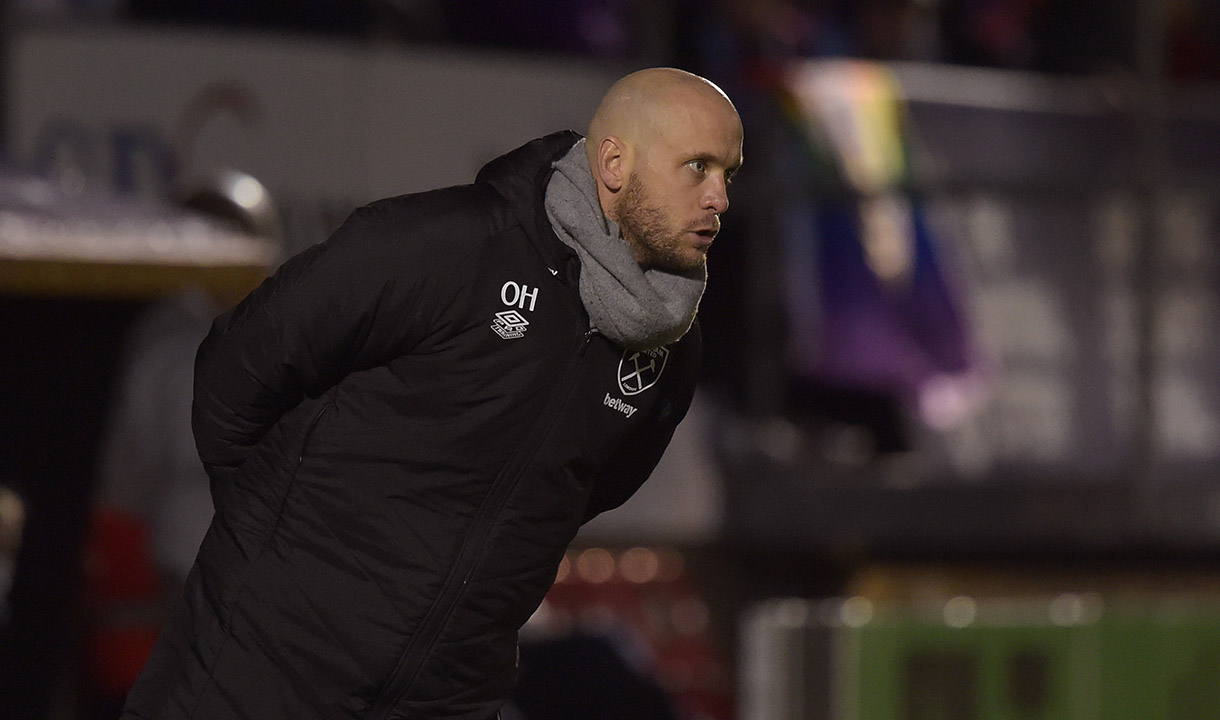 Olli Harder: West Ham United Women should have put away our chances today

West Ham United Women’s manager Olli Harder was frustrated that his side couldn’t take more of their chances after Reading clawed their way back to draw at the Chigwell Construction Stadium.

Lisa Evans and Grace Fisk had put the Hammers in a comfortable position at the break, but an own goal from Abbey-Leigh Stringer with 20 minutes to play made for a nervy finish.

And the Royals made the home side pay for their lack of clinical finishing, as Emma Harries squeezed the ball over the line to share the spoils.

“We can only put the girls in good positions, and we did that today – but we didn’t take advantage of those good positions enough. It’s also about accountability and responsibility individually as players we need to step and take those chances.”

Harder’s side had six shots on target against the Royals, most of those being chances that you would call ‘clear-cut’. It’s also the second home match of the season where the Hammers have conceded a late equaliser – something that Harder hopes won’t be repeated again.

“Yeah, it’s a common thread throughout in regard to being more clinical. There’s one game that springs to mind where we were clinical and that’s against Manchester City. Today, I don’t even know how many we’ve had, but we need to make more of those chances when the came today.

“It’s a combination of a lot of things, so it’s not necessarily learning a lesson, it’s also executing in moments when games are difficult.”

Evans returned to the starting line-up for the for the first time since the draw with Aston Villa – with Harder pleased with the impact that she made during the game.

“It’s massive for us to have Lisa back, she was out injured and then unavailable against Arsenal. She’s took a bit of a knock again today, so we need to check her over with our physio’s. I thought that she caused a lot of problems and was always a threat.

“Her role today was something that we’d tactically put in place based off Reading’s shape, which was very successful first half, so tactically it was spot on.”

The Hammers will now look to bounce back against Birmingham City in the Conti Cup, as Harder’s team look to make it two wins from two from their group stage games.

“It’s a case of now just recovering mentally and getting on with the next task, so from that aspect it doesn’t give us time to think about it too much, and we look forward to Birmingham in the Conti Cup.”