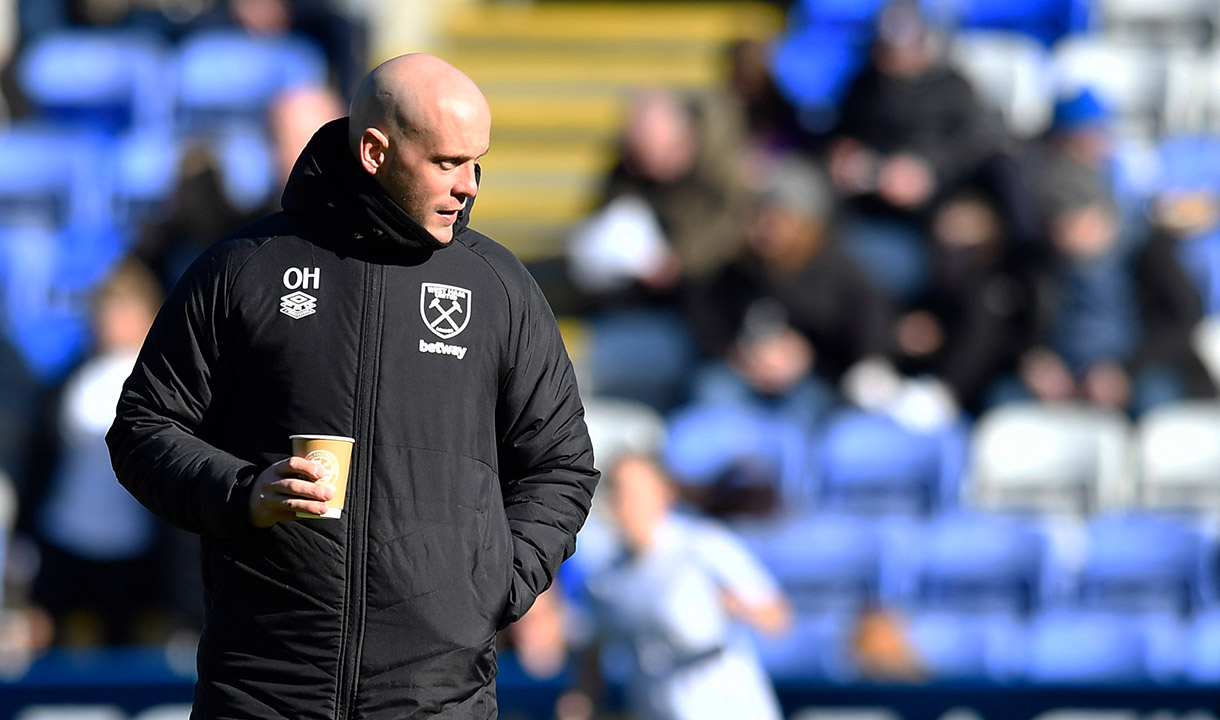 Olli Harder was pleased that West Ham United Women came away with a 1-0 win in a tough battle against Reading in the Vitality Women’s FA Cup.

The Hammers needed extra-time to break the deadlock, as Dagny Brynjarsdottir fired in the eventually winner just before half-time in the added thirty minutes – her fifth of the season.

And the manager was glad that the team were able to get the job done and book their place in the quarter-final.

“It was pleasing to come out on the right side of the result,” Harder told whufc.com.

“It was a classic FA cup game between two sides that are in similar positions in the league table.

“But I think it was a real team effort, every single player out on the pitch played their part and I’m just really happy that we were able to progress.”

After the hosts spurned a number of chances in the first half, including a header from Gemma Evans which bounced off the post and was eventually cleared – Harder’s team grew into the contest and looked better after the break.

Katerina Svitkova and Yui Hasegawa had chances in the second half to put their team ahead, but it would eventually be Brynjarsdottir that would score the eventual winner.

“Dagny is somebody who has that predatory instinct in the box. She showed that for Iceland against New Zealand during the international break and she showed it now here again a week later.

“She’s picking up those goals that only a poacher would score, so we’re really pleased for Dagny and obviously her contribution has helped us win the match.

“Today, the game could have gone either way, and that's the way an FA Cup tie should be. Reading are a good side and they created some good opportunities. Now we can look forward to the draw and then go again against Chelsea on the 10th March.”

Harder also spoke about his delight at having both Lisa Evans and Adriana Leon back out on the field, with the pair making their comebacks from retrospective injuries.

“They add a lot of dynamism and pace to our team which is always helpful. It’s been a long road for Dri, so we’re really pleased for her to be back out there and making her 50th appearance for the Club, which is a fantastic achievement.

“Lisa was able to contribute a lot for the team out there today, so again, it’s very pleasing to have them both back and healthy,” he concluded.

West Ham United's next fixture will be against Chelsea on Thursday 10 March! Tickets are available to purchase by clicking on the graphic below!