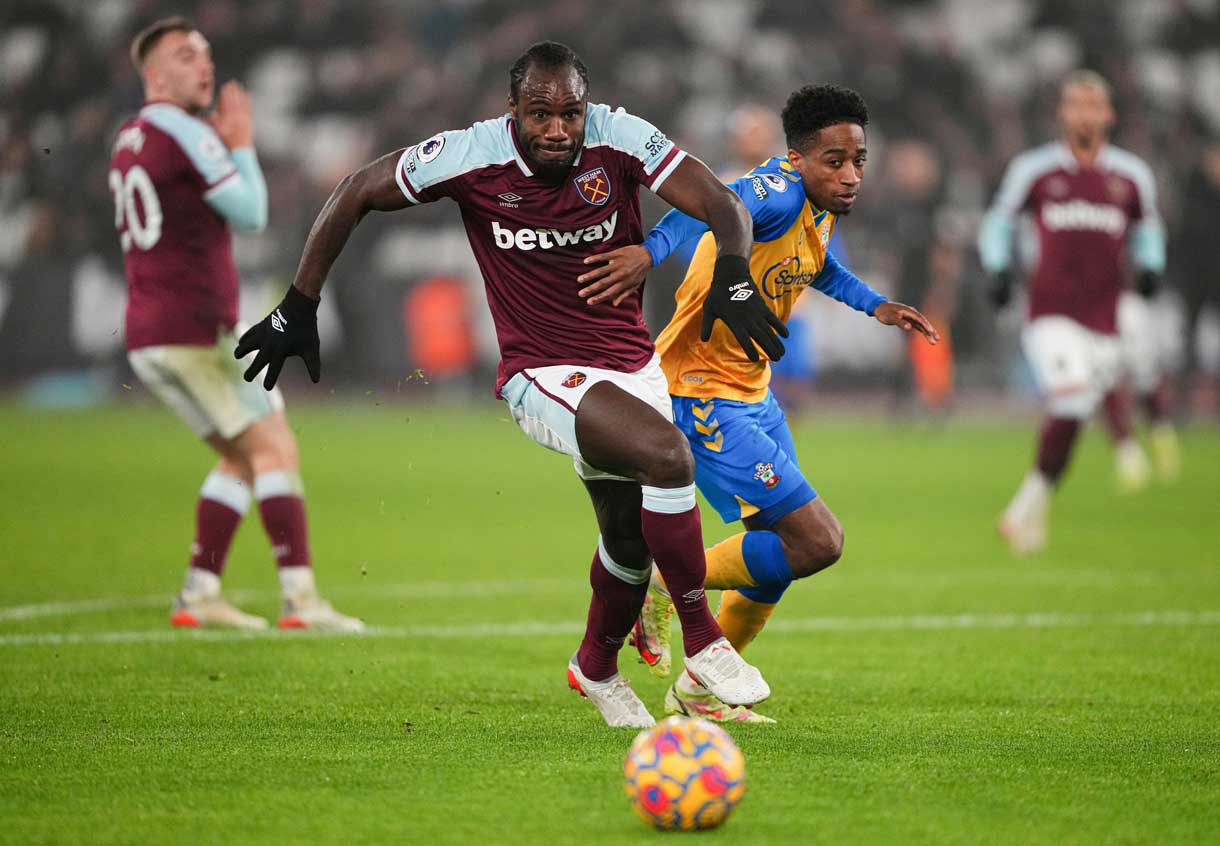 Michail Antonio: We’re disappointed but we’ll pick ourselves up

Michail Antonio says West Ham United cannot spend any time feeling sorry for themselves with another Premier League game just around the corner.

Antonio, like his teammates, was bitterly disappointed to lose 3-2 to Southampton on Boxing Day – particularly after twice coming from behind to level at London Stadium.

The No9 scored one of those equalising goals – his first in nine Premier League games – and he insists it is vital the Irons retain a positive mindset with away games at Watford and Crystal Palace to come in the next week.

The Hammers will go into those matches looking to reclaim their position among the division’s front runners and Antonio believes that is within their capabilities.

We came out for the second half, got the goal back and thought we could get something from it, but to concede three goals was disappointing and it’s something we don’t really do.

We’re disappointed with how it’s gone, but we’ve got to dig deep. We’ve got another game in two days so we need to pick ourselves up and go again.

We’ve got to think positively.

Over the last five weeks we’ve been a bit stale in our performances and I think that could be down to mental fatigue more than physical. We’re not used to playing so many games but we can’t make excuses for it. We’re professional footballers and we have to keep going.

We’re not playing badly, we’re just not scoring goals basically. We’ll go again – we got two today, I’ve scored a goal, Saïd [Benrahma] too, and hopefully that can get us on a nice little run to get ourselves back up the league.

It was a relief to score my goal.

I put pressure on myself to score goals, especially being No9 this year, I want to go out there and see how many goals I can get this season.

Not scoring in eight games was something I didn’t do when I was on the wing, so I was disappointed in myself with that.

To come on today and score within four minutes hopefully opens everything back up for me to score more goals.

It’s Watford next and we can get back on track there.

We’re only halfway through the season. We started the season well and it’s still one of the best starts to a season we’ve had so we can’t think negatively. We’ve got to think of the positives as well.

We’re in sixth and we’re halfway through the season so there’s still another 20 games to go – and we will go to the end.