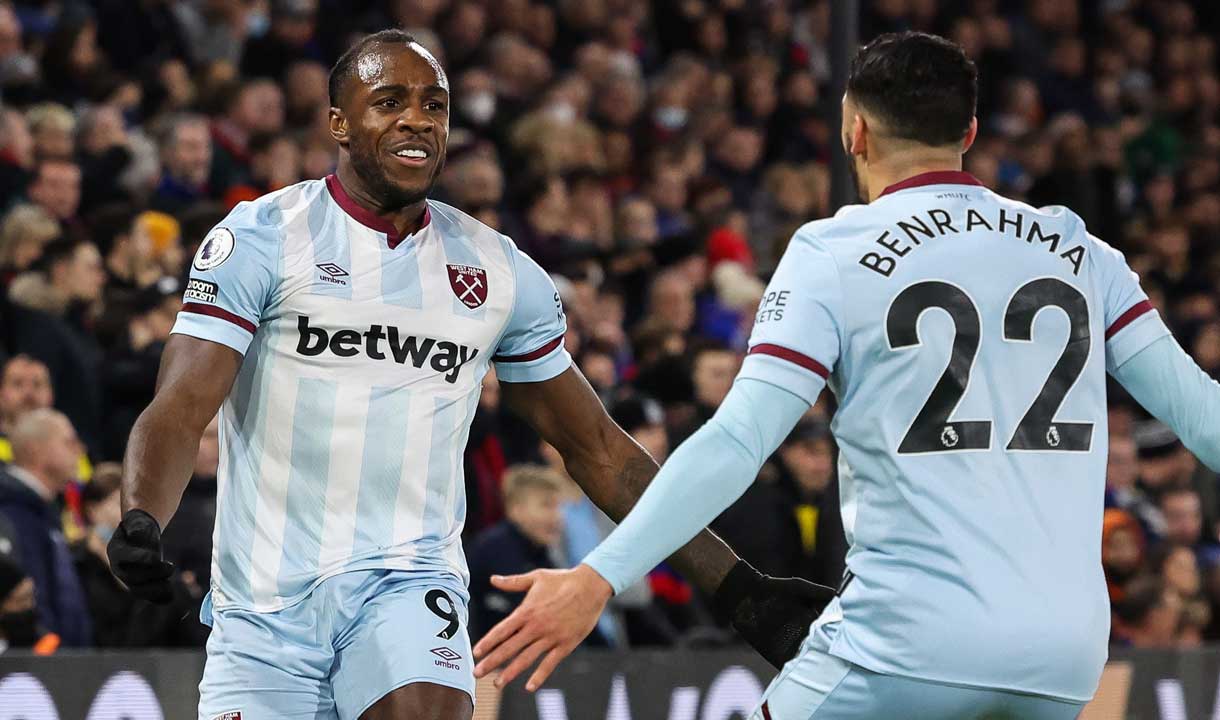 Michail Antonio: We took our opportunities when they came

Palace had 22 shots on the Hammers goal in an entertaining Selhurst Park derby, but West Ham made more use of their ten efforts – romping into a 3-0 lead by half-time and then holding off the Eagles’ late fightback to triumph 3-2.

Antonio got the ball rolling with his 22nd minute goal – an eighth Premier League strike of the season for the No9, before Manuel Lanzini’s double seemingly took the game beyond Palace’s reach.

It only stayed that way by a single goal in the end, but Antonio was not about to let that cloud any delight at the victory.

“To be fair to Crystal Palace, the way their Gaffer has got them playing this season is quality,” he said. “All game they were after us and creating opportunities, but when the opportunities dropped for us we took them.

“You saw the pressure they put us under the whole game, but we managed to hold out for the three points and it’s a win to start the New Year. We need to keep it going.

“It showed our resilience. They hit the post early, but we came back and scored two quick goals, then we added a third.

“The Gaffer instils that resilience in us and makes sure we keep going for the 90 minutes.”

Antonio’s opener came following a sublime left-wing cross from Saïd Benrahma, for whom the delivery was a fourth assist of the campaign.

Antonio was only too grateful to gobble it up.

“It’s a striker’s dream, unbelievable,” he said. “It was there on a plate for me and all I had to do was get a little touch on it to score.”

The 31-year-old was also full of praise for Lanzini, whose double took his goal tally for the campaign to four.

“They call him ‘The Jewel’ and he’s magic,” he enthused. “The guy has come back from his knee injury, it’s taken time, but now you can see the quality he had when he first came.

“He’s showing it again and we’re happy that we’ve got The Jewel back.”