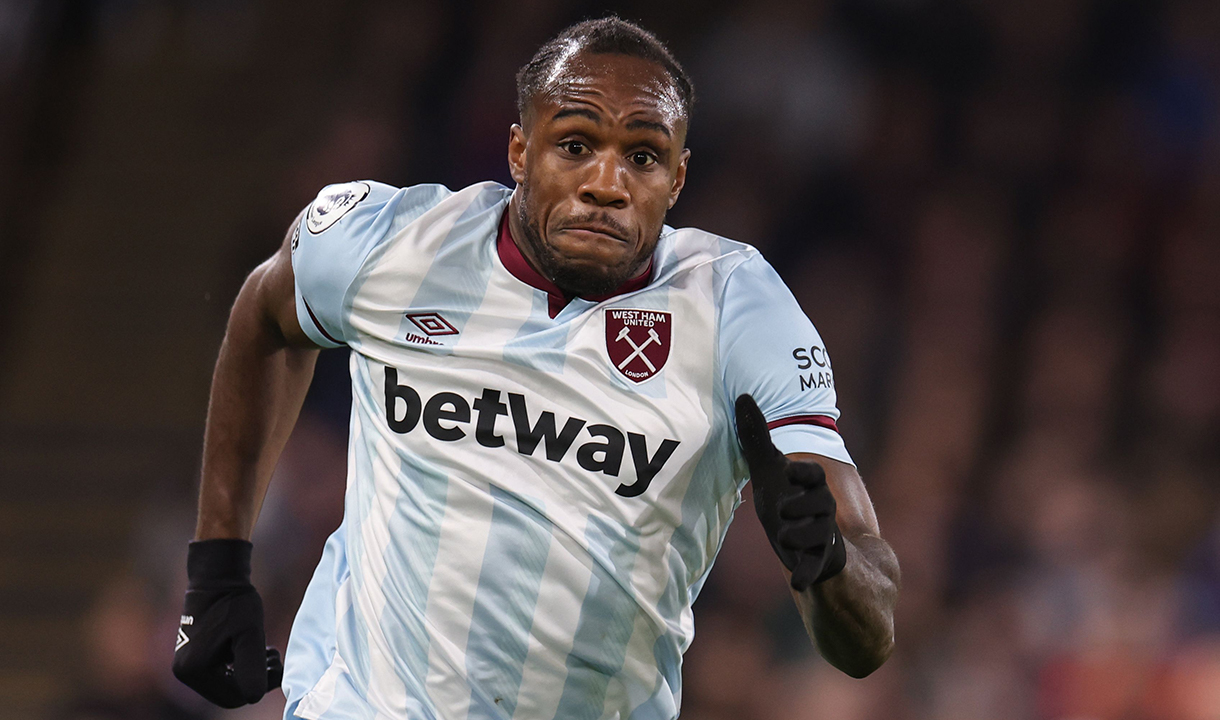 Michail Antonio: We always know we can score a goal

Michail Antonio feels he has benefitted from West Ham United’s collective belief that they can score in any game, no matter the occasion.

The Hammers’ all-time top Premier League goalscorer has looked back to his ruthless best in recent games, scoring or assisting in each of his last three top-flight appearances.

The No9 was on target once again against Crystal Palace in New Year’s Day, reading Said Benrahma’s beautifully flighted cross to brilliant effect to poke home and spark a Claret and Blue goalscoring frenzy prior to half-time.

That goal came soon after a Boxing Day strike against Southampton and an important assist for Benrahma in the 4-1 win over Watford on 28 December, with Antonio feeling his side possess the firepower to strike against any opponent at any point.

The No9 reflected after the win over Crystal Palace: “That’s one thing the gaffer’s instilled in us: resilience. We’ve always got to believe – we always know we can score a goal.

“We managed to score a few goals [against Palace], but then it’s just about keeping them out at the end. The whole way through Palace were creating opportunities, but we managed to hold out, so we’ll take that and we’ll go again.

“I’m a person who always wants to score goals and I always believe in myself and that I should score goals.

“I’m my biggest critic so when I wasn’t scoring, it was frustrating. Sometimes it’s just about time.

“I managed to get my first one [against Southampton], got an assist last week [at Watford] and got a goal again [against Palace], so hopefully I can keep making goal contributions to help the team.”

The win over Crystal Palace helped the Hammers rise up to fifth in the Premier League table, just a point behind fourth-placed Arsenal with just over half of the season gone.

David Moyes’ men were one of the in-form sides of 2021, collecting the division’s fifth-highest points total over the 12 months.

Having solidified their status as contenders for European football last season, Antonio – speaking both individually and collectively – now hopes to kick on at the dawn of 2022.

“One thing we’ve got is our resilience,” the forward confirmed. “If you look at our record from 2021, only five teams won more Premier League points than us. If we can do that in a calendar year, why can’t we do that over a season?

“This season, I’ve been able to look after my body right and do the right things, so hopefully I can keep going and have a good run.

“We’ve got the quality, but you’ve also got to match it with the work rate. That’s one thing the top teams do – they’ve got quality players, but also work rate – and that’s one thing we’re doing. Hopefully we can keep pushing on for the rest of the season.”