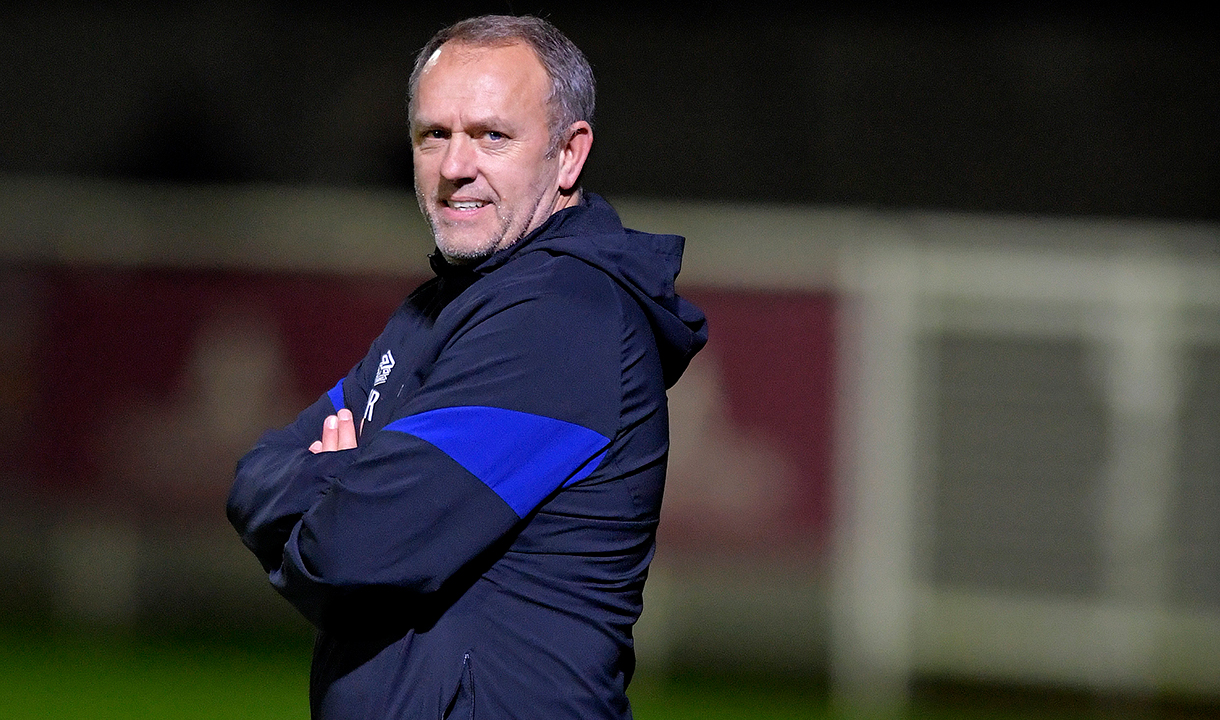 An even first half paved the way for second-half domination from West Ham United U23s on Monday evening, with lead coach Mark Robson praising the way his side adapted to Leeds United U23s’ threat to come out 3-0 winners.

Following the festive break, the Hammers’ development squad were playing their first Premier League 2 fixture in just over a month, and perhaps understandably made a slower-than-customary start at Rush Green Stadium.

West Ham U23s did still create the better chances in a first half which ended goalless, Dan Chesters and Sonny Perkins both forcing good saves from Kristoffer Klaesson at the end of incisive passing moves near the Leeds penalty area.

But that tempo and control kicked up a notch in the second half as Robson’s U23s seized control of the contest, Pierre Ekwah scoring his second goal of the season with a low drive from 25 yards before the hour mark.

A dominant second half was wrapped up in the last ten minutes with a rasping finish from the returning Conor Coventry and a clinical strike from top scorer Armstrong Okoflex after Mipo Odubeko’s cross deflected kindly into his path.

“I thought, in the second half, we were really good,” Robson told whufc.com. “We worked on sorting out our pressing strategy at half-time.

“[Assistant coach Steve] Pottsy made a couple of really good points to the boys at half-time, and to be fair, they took them on board. We stopped Leeds playing really.

“They’d caused us problems in the first half with the distribution of their two centre-halves, but we managed to make them kick it a bit longer, which we dealt with pretty comfortably.

Patience and control were the two themes reiterated by Robson on the sidelines to his players, as West Ham were forced to wait for the usual hold they command on matches.

It’s something we’re trying to work on in training. We want to try and control every game if we can

“It’s something we’re trying to work on in training,” the lead coach continued. “We want to try and control every game if we can.

“We understand that there are going to be times we can’t, because the opposition are going to be just as good as us, so it’s about knowing when to control things, when to slow the game down a little bit, when to pick the tempo back up again and find moments to break lines and, all of a sudden, up the speed.

“I thought we did that really well, and overall I was pleased with the second half in particular and how we controlled the game.”

Robson was also delighted with the quality of the goals his side scored on a chilly Monday evening in east London, with crisp finishes applied to red-hot passing moves.

The lead coach smiled: “I just thought some of our football was excellent.

“I was really pleased for some of the boys, three or four of them, who have come back in after mostly training with the first team, because you could see that. It was great that they came back in and showed a fantastic attitude, as they always do.

“They give you everything and I thought those boys, as well as the rest of the group around them, were all understanding of what we’re doing here.

“I enjoyed the second half. Some of the football was excellent.”

The result takes West Ham's U23s four points clear of second-placed Manchester City at the top of Premier League 2, with a game in hand over the reigning champions. The Hammers' next test is against fourth-placed Arsenal on Friday evening.