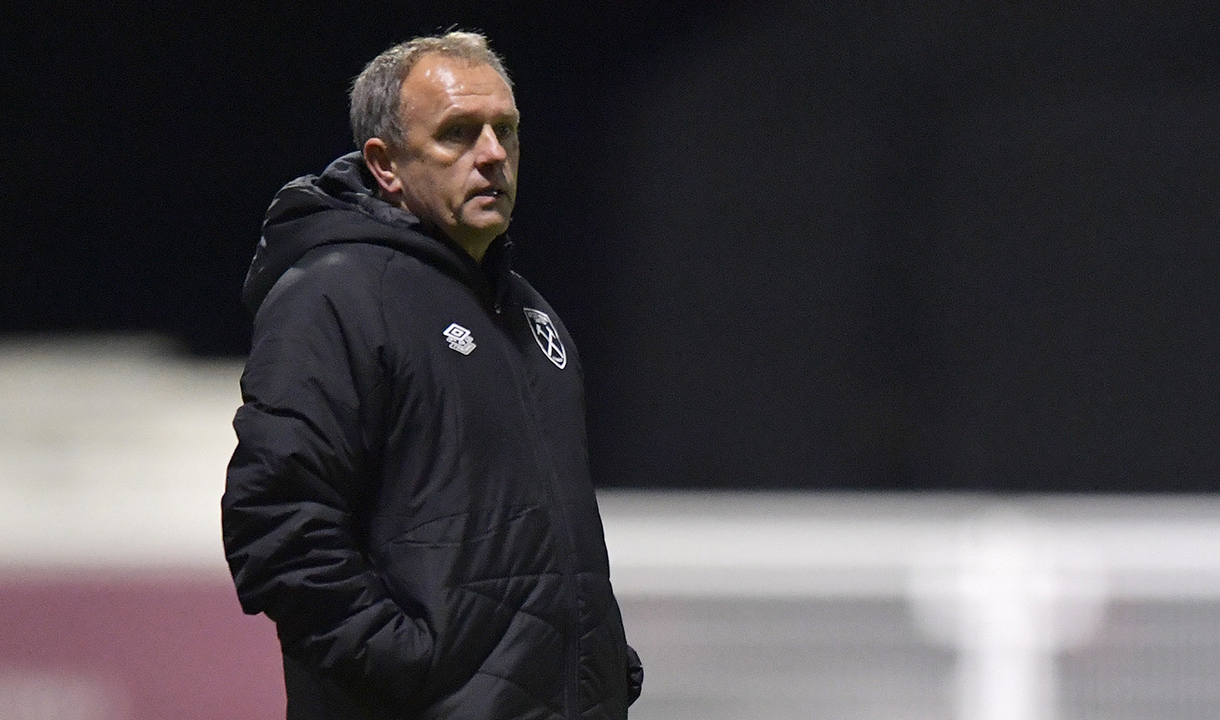 James McAteer found the net from the penalty spot after six minutes and substitute Carlos Borges scored a second for the home side, inflicting a harsh loss on a West Ham side that lost Jamal Baptiste to two yellow cards in the first period.

Despite the result, Lead Coach Robson found a lot of positives in the West Ham performance, but says the penalty, given after what seemed to be a good challenge by Aji Alese, and the second yellow for Baptiste were the crucial moments in the league outing.

“I’m really proud of the boys,” Robson told whufc.com “I thought, in the first half, we played really well. Up until the sending off, I felt we were the dominant team. We played so well. We passed the ball well and we caused them so many problems, and probably more than they did us.

“But then we had two absolute game-changers in decisions. I’ve seen them back. For me, they’re decisions that have changed the game and I’m desperately gutted for the boys. We’ve not been able to come away with three points here against our rivals because of it.

We kept it down to two goals and I’m just frustrated for the lads because they’ve been denied an opportunity.

Baptiste’s second yellow in the first half meant West Ham played almost an hour of football against the league leaders with ten men, and Robson was impressed with how his team performed despite being a man down.

The lead coach can see a number of bright points in the defeat.

He continued: “I thought, even after we went down to ten men in the first half, we were still the better team at times. We kept playing and kept passing the ball.

“It got harder in the second half, and we ran out of steam a bit, but we had spells as the better team when it was 11v11. We caused them problems. I’m pleased with how the lads did.

“I said to them at half-time that I was really proud of how well they were doing. There were periods where we just so in control. It was really pleasing to see and we have come a long way in a short space of time. We were the dominant team, despite the fact that we were missing a few players.

“They had a strong team out as well, with some players that have been playing in the Premier League. We restricted them to very little and, when we had possession, we were calm and composed. We were really good, and I’m really pleased.”
The loss to City leaves West Ham in second in the league, seven points behind Sunday’s opponents, and Robson says the team now need to claim maximum points to have a chance of winning the Premier League 2 Division 1 title.

“I’ve said to the lads that there are seven games left and we just need to keep doing what we’ve been doing, keep playing our way, and our objective is to win all seven games.

“That’s what we need to do to be in with a shout of winning the league, and that’s all we can do.”