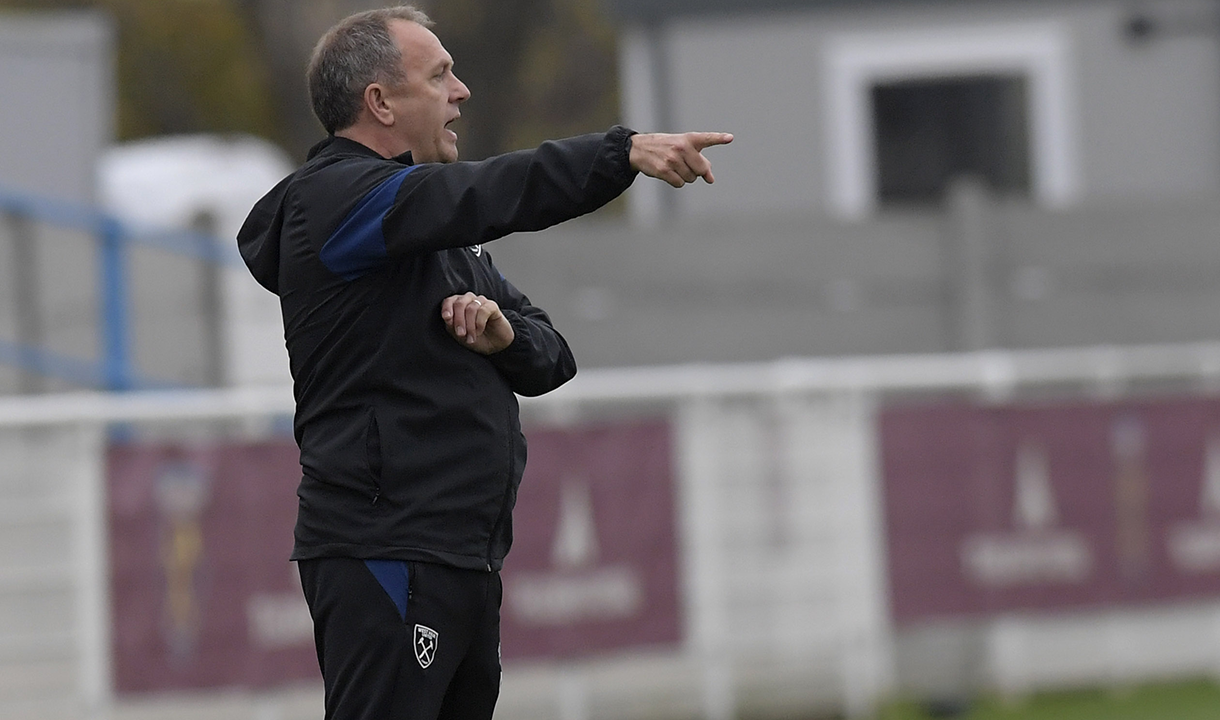 Dan Chesters had levelled for the Irons following D’Mani Mellor’s opening effort, and a strong response from the away side seemed to suggest anything other than a West Ham win was unlikely.

However, Mellor struck again after an hour before Connor Stanley scored one-on-one with Krisztian Hegyi, leaving the Hammers without anything to show for their efforts.

Robson admitted his team’s overall performance was actually decent and says the side aren’t too certain how they have left Leigh Sports Village without at least a share of the spoils.

It's a game we should have won to be honest. A 3-1 loss has us scratching our heads a little bit around it.

“We are really disappointed because we actually had enough chances to win the game probably twice over, but we just couldn’t put the ball in the net apart from Dan’s great finish in the first half,” Robson told whufc.com.

“We could have been two or three goals up in the first half and we could have had two or three in the second half as well. But then we’ve made a couple of mistakes for the goals, and we’re actually really disappointed with those goals.

“It's a learning curve for the boys. They need to identify those errors and correct them. If they want to keep progressing and developing then the mistakes need cutting out. Unfortunately, today, we’ve been caught on the counter-attack. Apart from the first 15 minutes, when Manchester United started off well, we looked really in control, so we’re very disappointed.

“It's a game we should have won to be honest. A 3-1 loss has us scratching our heads a little bit around it. But we dust ourselves down and go again.”

The U23s Lead Coach also offered some insight into his players’ feelings after the game, revealing their own frustration at not picking up the win following an overall strong showing.

Robson has called on his side to work out their individual mistakes in order to get back to winning ways.

“The boys will be disappointed because we didn’t defend in the way we should have done. It was really cheap and really easy.

“The boys are very disappointed, but the performance was a good one. There wasn’t much I could complain about, but it was just individual mistakes that have cost us again. If we can iron those out and not make them, then it becomes a solid performance and possibly a win.”

West Ham United U23s will next be in action on Friday when the Irons welcome Swansea City to Rush Green Stadium in the Premier League Cup.

Robson says the side will attack the Swans in a similar manner to how they went after the Red Devils.

He added: “I think it’s good we’ve got another game coming up in the next week. We’ll attack the game in a real positive manner.

“I’m pleased with the overall performance against Manchester United, so we’ll attack Swansea City in the same manner and hopefully we can find a winning result. Winning means you’re developing and hopefully improving as players.”