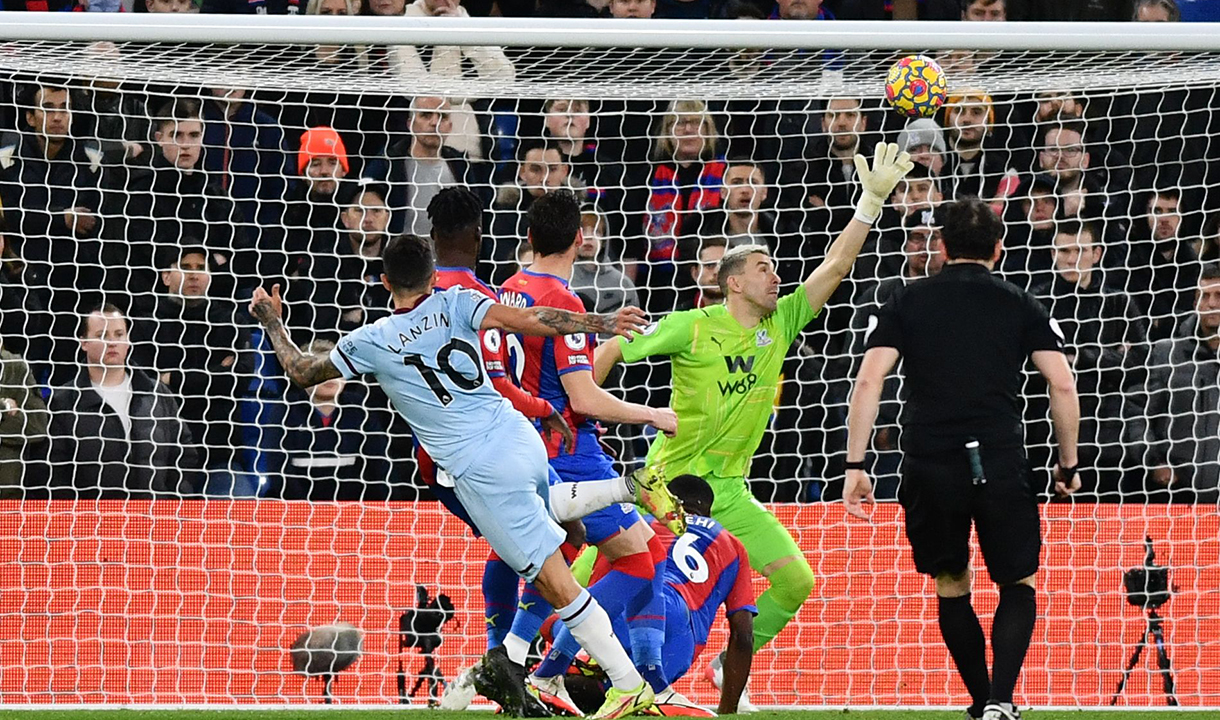 Manuel Lanzini’s exquisite goal against Crystal Palace is on the list of nominations for the Budweiser Premier League Goal of the Month award for January.

The West Ham United midfielder produced a New Year’s Day firework of his own at Selhurst Park earlier this month, doubling the Irons’ advantage – before later scoring again from the penalty spot – in the eventual 3-2 victory against the Eagles.

The goal was kickstarted and assisted by Declan Rice in the 25th minute of the match, the Irons captain picking up a square pass inside his own half before driving into space in front of the Palace defence.

With Rice having laid the ball off just inside the ‘D’, Lanzini showed superb control to gather it at pace, take a quick touch past defender Joachim Andersen and then, on the bounce, flick the ball up and, in one sweeping motion, fire a venomous half-volley into the top corner of the net.

“Yes, it was very good!” Lanzini reflected at full-time.

“I was just watching it now and the touch I took and the finish was good. It’s good because it helped the team to win the game.

“I just want to help the team. Whatever the score, if it’s important for the team, it’s good for us.”

The No10 last won the Budweiser Premier League Goal of the Month award for his last-minute howitzer in the 3-3 draw at Tottenham Hotspur in October 2020 – an effort later nominated for Goal of the Season.

Voting closes on Monday 31 January at 12noon. The winner will be announced at 1pm on Friday 4 February.