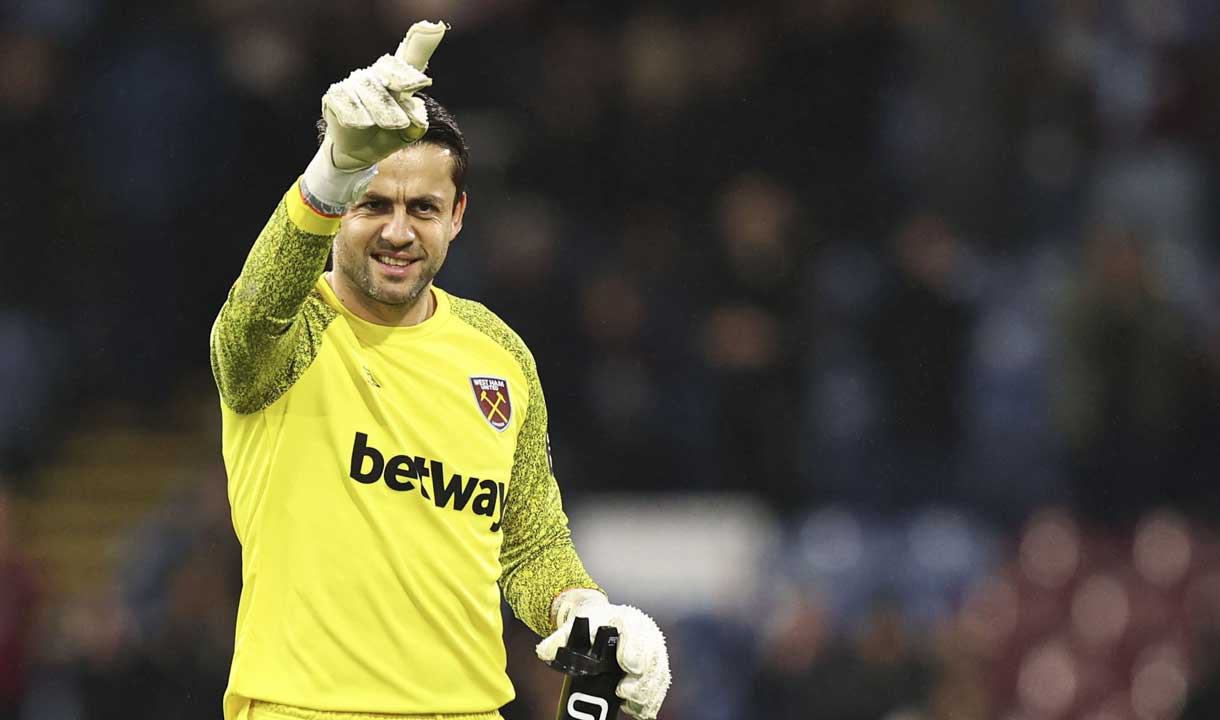 Łukasz Fabiański: We created some good chances but their goalkeeper played well

From one goalkeeper to another, Łukasz Fabiański praised Burnley stopper Nick Pope after the England international helped his side shut West Ham United out on Sunday.

The Hammers had to settle for a point at Turf Moor, despite enjoying 60 per cent of possession and dominating the shot count by 16 to nine.

Fabiański was only called upon to make one save in the 90 minutes, but watched Pope make fine diving stops from Issa Diop, Saïd Benrahma and Jarrod Bowen at the other end as the game ultimately ended goalless.

The former Poland goalkeeper felt there were many positives to take from his team’s performance and that they found themselves up against an opponent in fine form.

“I think it could have been more, if you look at the way the game went,” Fabiański explained. “We created some really good opportunities and the goalkeeper played really well and made some good saves.

“Overall, we know it’s always tough to come here, always very physical, but I think we were really up for it and made some decent chances.

“We’re pleased with the defensive performance and on the offensive side we can be pleased too up to the final bit of scoring a goal, but again you have to give big credit to Nick Pope.”

The Hammers head to Emirates Stadium to face Fabiański’s former club Arsenal next on Wednesday, and he says the clean sheet and solid defensive display are things they can take into that contest.

Arsenal have won six of their eight home Premier League games to date this season, scoring 15 goals in the process, but the Hammers stopper says they have the tools to deal with the Gunners’ form.

“Towards the end of the game on Sunday they caught us on the break a couple of times and obviously every set piece is tricky to defend, but I think we did really well and maybe even stopped them playing the way they want to play,” he added. “That’s something we can be happy with.

“To be solid is something you always want as a team. Going forward as well, offensively, I think we are a big threat, so it will be a good game to play in on Wednesday, against a team who, so far this season, are very good at home.

“But playing away from home is one of our strengths as well, looking at the results, so it should be a good game and hopefully we will recover well and be ready for it.”