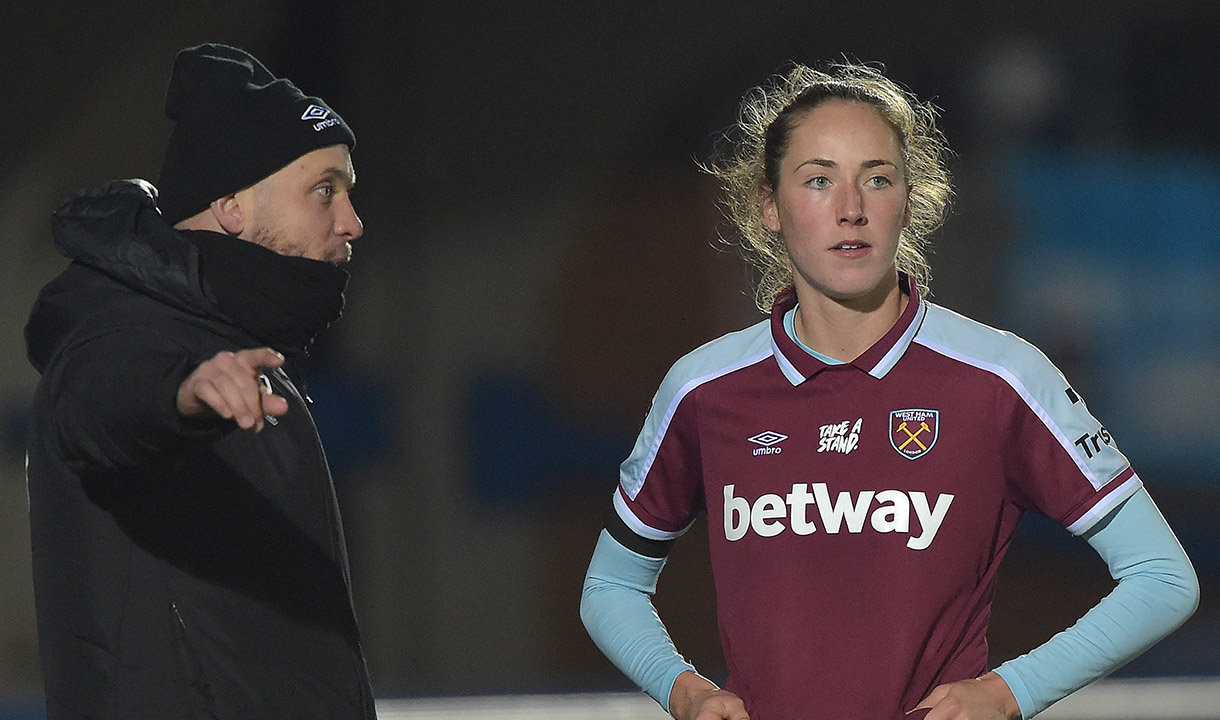 Lucy Parker: West Ham United Women held our own for long periods of the game

The Hammers went toe-to-toe with Emma Hayes’ side, and the scores couldn’t be separated after the first 45 minutes. However, Beth England’s introduction at the break changed the tone of the game, as the forward scored the games opener six minutes into the second period.

Erin Cuthbert rounded off the win for the Blues eight minutes from time, but in contrast to results and performance against Chelsea over recent years, Olli Harder’s side can be proud of their efforts in west London.

“It was a tough one out there tonight, really tough because Chelsea are a world class side.” Parker told whufc.com.

“I thought that we held our own for long periods of the game, but there are always just those few minutes where if any one of us switches off, you get punished.

“That's what separates the good from the great, but it’s where we’re striving to get to.”

The Irons were limited to few chances, but were able to control play for large spells, particularly in the first half.

Parker, who was making her fourth FA WSL start of the season, lined up in a back three alongside Hawa Cissoko, and the evening’s skipper, Grace Fisk.

As a team, we left everything out there on the pitch, and I think that’s a given with this squad

And the 23-year-old defender was pleased that her side were able to keep the scoreline down, whilst also highlighted the progress that the team has made since she joined in the summer.

“As a team, we left everything out there on the pitch, and I think that’s a given with this squad – every one of us will always fight as hard as we can.

“I think one of our goals is to be hard to beat, and we've definitely shown that. We’ve not had many defeats this season – we’ve dropped some points from winning positions, but we’ve also gained some as well.

“We’re really making progress as a team and tonight’s performance highlights that.”

Parker has had to wait patiently for her opportunities this season, appearing regularly in the Continental Tyres League Cup matches, scoring goals against London City Lionesses and Birmingham City in the group stage.

And the defender is pleased that she has been able to step into the defence in the last couple of weeks and hopes to make the most of the opportunity that she has.

“Every single player in the team wants to play as much as they possibly can. For me personally, the first six months was a big transition period, but I knew that when my opportunity came, I needed to be ready.

“Fortunately, it came a bit sooner than I thought, but hopefully I will kick on from here,” she said.

“Olli has already highlighted how important it is for us to go as far as we possibly can in the cup competitions, so Sunday is a big game for us. It’s been a busy period of matches, but I know that we will all be ready for the game on Sunday.”